Dungeons & Dragons Art & Arcana: A Visual History, a new coffee table book that includes tons of great images over the first 45 years of the game’s publishing history, is fantastic.

When I say “publishing history” I don’t just mean gamebooks, this thing has comic books, toys, ads. Pretty much anything you can think of is in here. 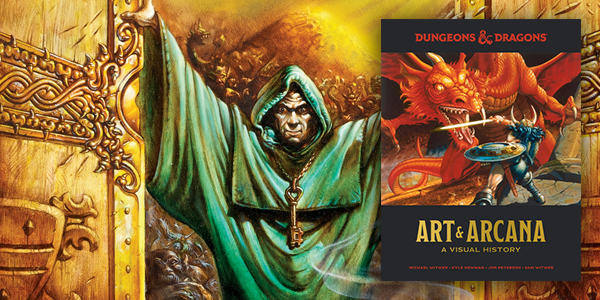 Clocking in at over 400 pages and broken into chapters that cover each era of the game the book features a breadth of classic images by TSR legends such as Elmore, Easley, Otus, Brom and Caldwell.

Mobile device? Click the images for a close-up. Anyone can do it!

Where the book really shines is in the first 3 chapters (covering 1974-1988), which is about half of the book.

If you are fan of the TSR output from the late 1970s to the mid 1980s you will not be disappointed as it is filled with images seared into your brain like a tap dancing Umber Hulk or a wizard about to get stabbed by a fighter that just slipped on a banana peel lobbed by said wizard’s familiar. 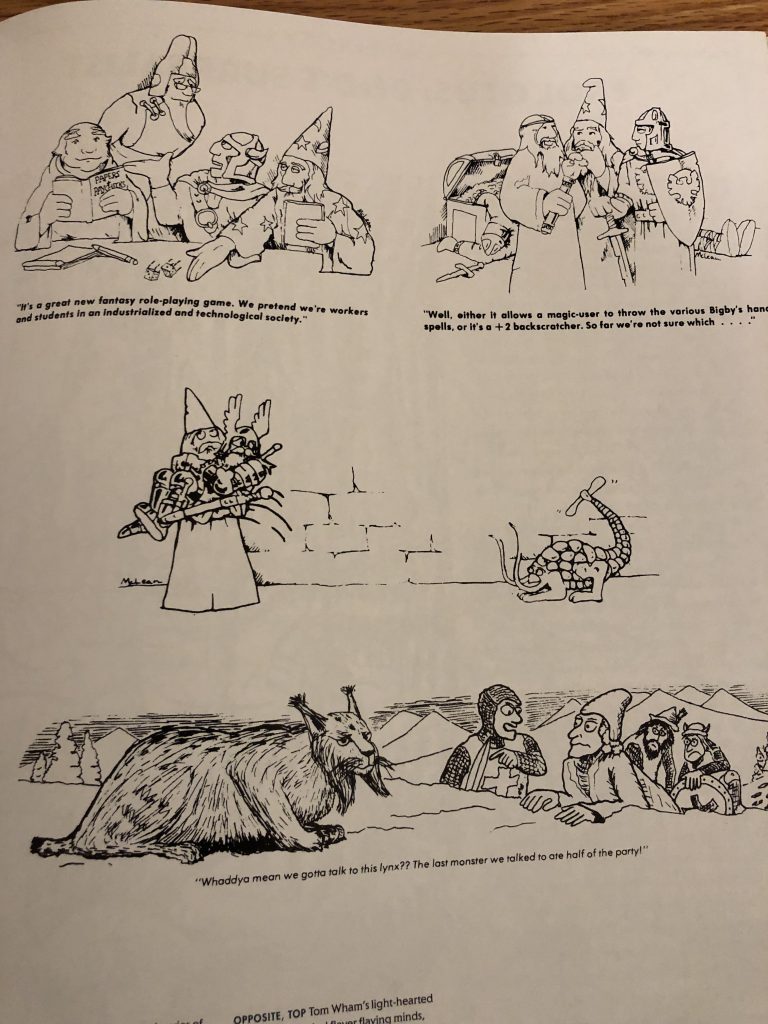 Some Other Cool Features:

Eviloution and Many Faces Of…

Highlights the artistic changes to various monsters and iconic characters from each Edition.

A piece of artwork an artist thinks is their best piece.

Even if you aren’t a fan of a particular edition there is still a ton of cool artwork that you can enjoy from that era.

If you are a fan of fantasy artwork and or D&D from any era this book really delivers and in fact, blew my expectations away. 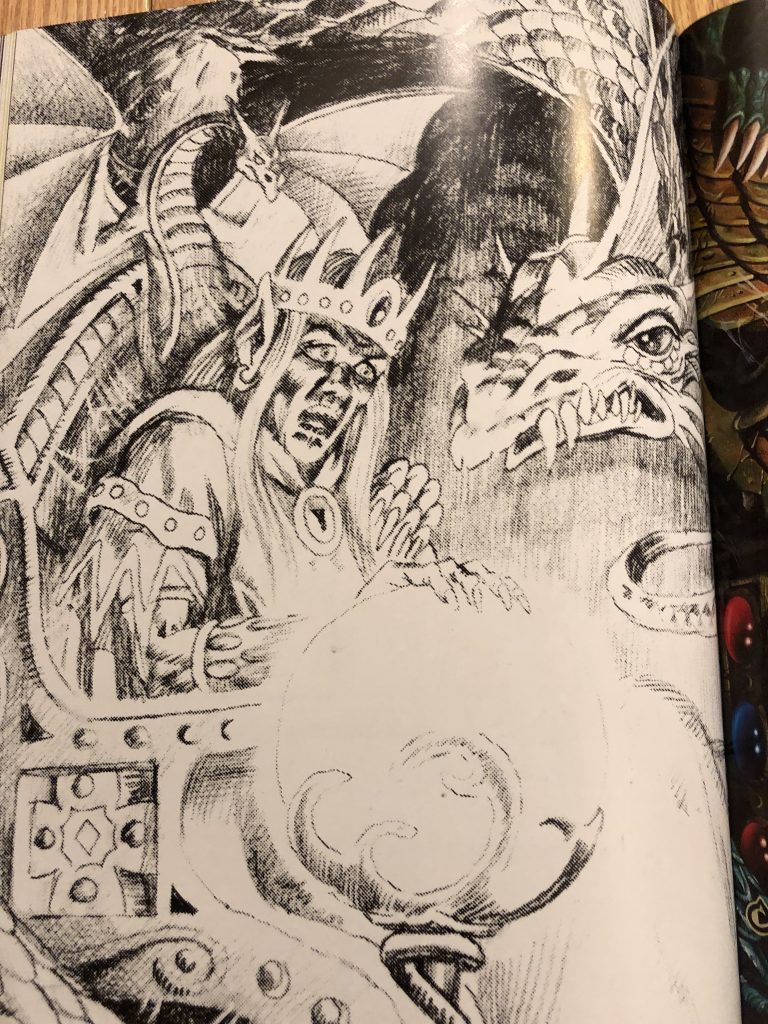 The Revenge Of JAWS: THE REVENGE
40 Comments