As a newcomer to Dungeons & Dragons, I was struck by the rich lore that lies behind this game from Wizards of the Coast. With the aid of the Player’s Handbook, players can create characters to explore this fantasy world, imagining a completely new adventure with their friends. That said there are various expansions to Dungeons & Dragons, and many races outside the core Player’s Handbook.

My favourite race (currently) and the one I chose for my first character, is the Tabaxi.

Tabaxi, from the Volo’s Guide To Monsters book, are one of the playable monster races. They are a race of humanoid cat people, a little taller and more lithe than regular humans, and are an intriguing translation of feline characteristics to a tool-using sapient species.

Tabaxi average between 6 and 7 feet in height, with catlike tails and retractable claws. They’re covered with fur that is generally spotted or striped, and ranges in colour from pale yellow to red brown. 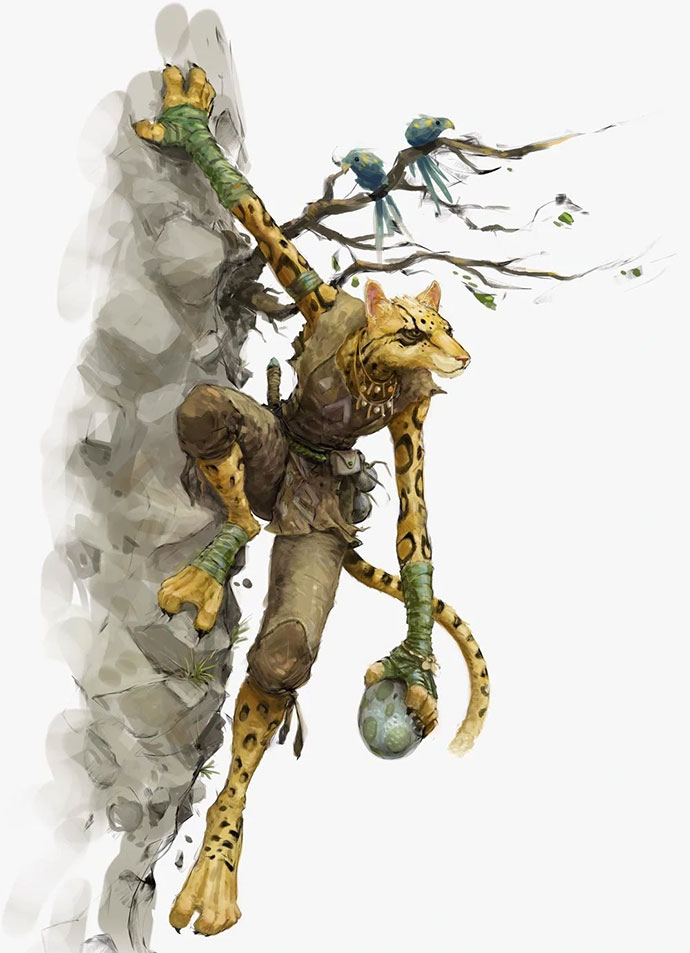 Like a cat, Tabaxi have eyes with vertically slit-pupils which are usually green or yellow.

The Tabaxi hail from a distant, unidentified (as of Volo’s) homeland where they live in small, close-knit clans. However, among the Tabaxi it is not uncommon for a young cat-man or woman to develop wanderlust and the desire to explore the world. In keeping with the feline stereotype, they are profoundly curious.

When such a wanderlust develops, a single Tabaxi, or perhaps a small group of young Tabaxi led by a more experienced Elder, will leave the tribe and journey to the civilized world to find artifacts and learn songs and tales to bring home. They will often sustain themselves as tinkers or musicians, sharing the lore that they have already learned in exchange food and a warm bed by the fire. 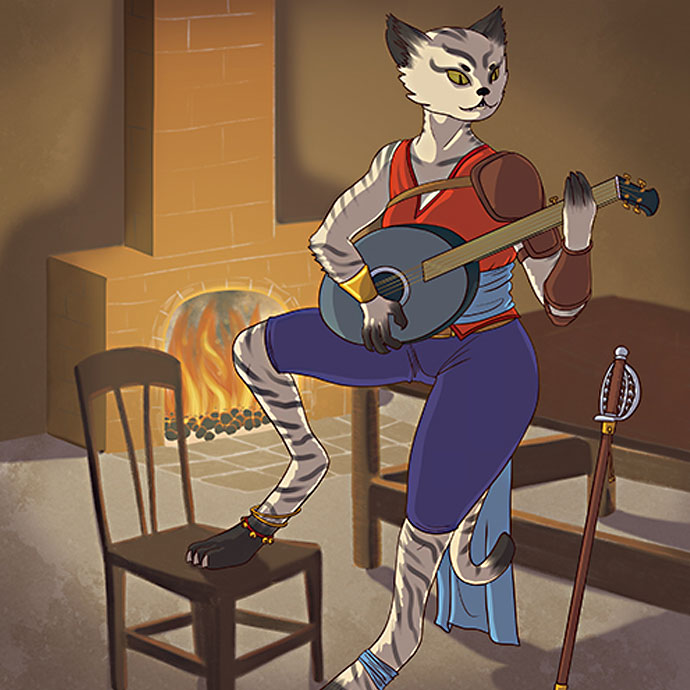 As a race the Tabaxi do not value gold or gems. They value song and story. The tale behind an artifact will always be more valuable to them than what it is made of.

Their attention can be fleeting. An object obsessively pursued, once acquired, can be discarded on a whim when another interest strikes them. Having spent time and effort to acquire an item, once they have studied and understood it, they are as like as not to simply trade it for passage to another town.

Tabaxi are very catlike. They are capable of bursts of extreme speed, can climb very well, and see well in the dark. They are also very agile. This is reflected in-game by giving them proficiency in Perception and Stealth, and stat bonuses to Dexterity and Charisma.

Obviously, in Dungeons & Dragons you can play a character as any class you want, irrespective of their racial bonuses, but playing to their strengths never hurts.

The most obvious melee class to benefit from the Tabaxi’s Dexterity bonus is the Rogue. Of the various Rogue archetypes available to players, the one that, to me, screams “Tabaxi” is the Swashbuckler, from the Sword Coast Adventurer’s Guide, which also benefits from the Tabaxi’s improved Charisma. Played with a Spanish accent you too can be Puss In Boots. 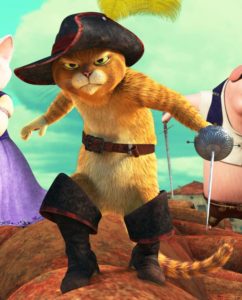 That said, there is nothing preventing a player building a Dexterity-based Fighter or Paladin. Finesse weapons like the Rapier can use the Dexterity or Strength modifier for their To Hit and Damage rolls. The Paladin uses the Charisma stat for casting magic, so the Tabaxi has benefits there too.

In the casting classes the Bard, the Warlock, and the Sorcerer all use Charisma as their casting stat, so directly benefit from the Tabaxi bonuses.

For myself, when it came time to create my own character, it was a choice between Swashbuckler Rogue, or College of Lore Bard. Given my preference for being a Jack of All Trades, and given that Bards actually get a skill called, “Jack of All Trades” I chose to go with Bard. 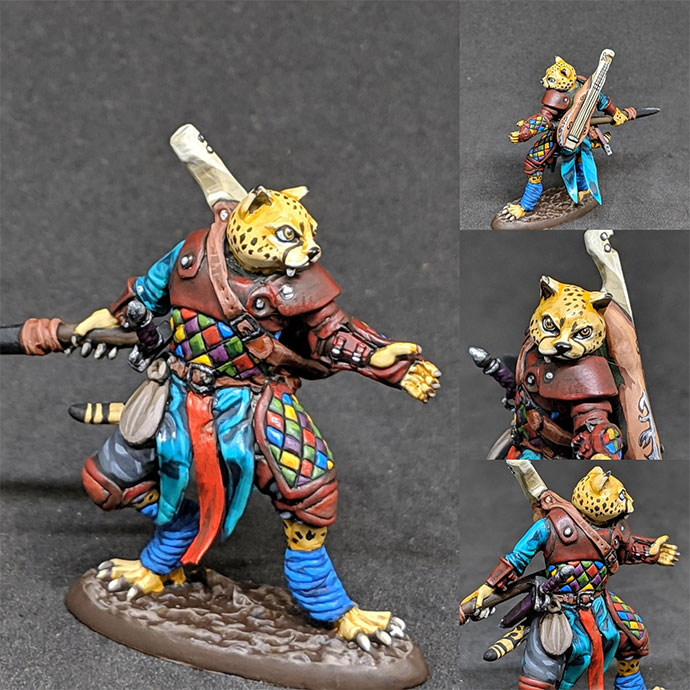