When a player starts creating their first character in Dungeons & Dragons Fifth Edition, one of the more confusing things they’ll be confronted with are skills proficiencies.

One of the ways that Wizards of the Coast sought to balance their game in this, the latest edition, was to create a proficiency bonus that varies based on the level of the character. 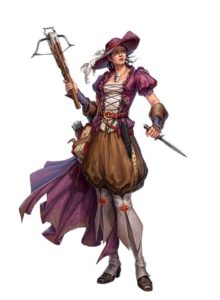 There are eighteen different skills in which a character can be proficient. These can be subdivided into five subsections. 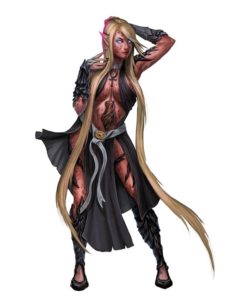 All classes come with proficiency in two skills from a list open to that class.

There are three exceptions. The Rogue comes with four skill proficiencies from their list, the Ranger three, and the Bard can choose any three they wish. If a character multiclasses into Rogue, Ranger or Bard, then they gain one extra skill proficiency.

It should be noted that for Rogue this is a loss of one skill proficiency, so if a player wishes to multiclass using Rogue they should start with Rogue then change to their other desired class.

The Warlock can select an invocation, Beguiling Influence, that gives proficiency in Persuasion and Deception (p110 PHB). 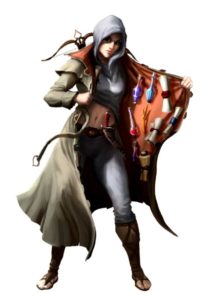 When a player creates a character they give them a background (page 125 of the Player’s Handbook). Each background comes with a Feature, two skill proficiencies, and any combination of two tool and language proficiencies. These along with a small amount of starting equipment, mementos from the character’s life before they became an adventurer.

According to the rules for customizing a background, the features and skill and language/tool proficiencies can be swapped around to create a character that suits the player. The only limitation at present seems to be that the tools can only be those used in existing backgrounds. 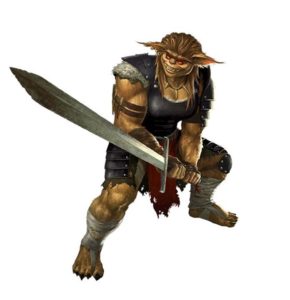 Currently, there are two feats that grant extra skill proficiencies to a character.

The Skilled feat (page 170 PHB) allows the character to gain proficiency in any three skills or tools.

The Prodigy feat (page 75 Xanathar’s Guide to Everything). This allows a character, provided they are of human descent (Human, Half-Elf, or Half-Orc), to gain proficiency in one skill, one tool, and one language. They also gain Expertise in one skill.

Expertise in a skill allows the character to double their proficiency bonus in that skill.

It should also be noted that no effect that doubles proficiency can be stacked.

Currently, there are only a handful of ways of gaining an Expertise-like effect.

The Rogue and the Bard each have class abilities that allow them to add expertise to four skills each.

The Knowledge Domain Cleric subclass proficiencies are doubled (p. 59 PHB), as is the Nature and Survival skill proficiencies gained by the Scout Rogue (p. 47 XGE).

In addition, the Prodigy feat also grants expertise in one skill.

Expertise is a very powerful ability, which explains why Wizards of the Coast have not been liberal with it. However, it is still possible to get 13 incidents of expertise equivalent on a single character along with proficiency in all 18 skills.

At this point, the character is at level 18 with proficiency in 18 skills, and expertise in 13.

Of course, it’s a ridiculous build, but it can be done.

A far simpler build is:

That gives proficiency in 18 skills also, albeit with only 6 skills having expertise, however with only three levels sacrificed for the gaining of skills the character has the potential to still be a competent Bard for the rest of the campaign. 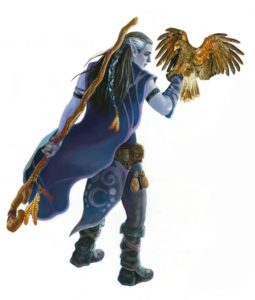 Given that most characters will be starting the game with between four and eight skill proficiencies, the question then has to be asked, “What skills should the player take?”

The reason for asking is fairly obvious. Some skill proficiencies will be used all the time. Others will hardly be used at all. Some play a solid role in adventuring. Others are basically role play. As an example, unless the player reminds the Dungeon Master, it’s highly likely the player will go through an entire campaign without using the performance ability, while every game will have the DM calling for a perception check. Usually multiple times.

In A-Tier are the skills that I would consider important enough to take with nearly every character.

This is probably the most commonly used check in the game, and also contributes to your passive Perception. If there is any way to add perception proficiency to your character, take it.

Adventuring often involves jumping, climbing, crawling, and other feats of daring-do. Although Athletics checks come up more often, many characters dump strength for dexterity. DMs generally seem amenable to a dexterous character using acrobatics rather than athletics in some of these situations. Take Athletics if you’re strong. Take Acrobatics if you’re agile.

Unless you’re simply engaged in constant dungeon crawls you’ll generally have to role-play and engage with other characters at some point. If your character has not dumped charisma, perhaps even if it has, persuasion adds to the chance of you successfully resolving an encounter without coming to blows.

After Perception, Investigation is likely the second most common check to be made in the game. It’s not enough to just see the room, you have to investigate it, and find every little clue that will allow your adventure to continue. High intelligence characters like Wizards should always take this. For those with lower intelligence, it’s not as valuable, but it’s never worthless.

In my opinion, B-Tier are important enough that at least one person in the party should be proficient in them, but not necessarily every member.

This is a skill I take on any character with a dexterity of 14 or higher. Being able to skulk in the shadows, to take enemies unawares, or perhaps even make your way through an area without having to engage the enemy at all, makes you feel like a real Ninja.

These are secondary to persuasion in my mind because they’re less versatile, more specialized. Deception can allow you to bluff your way through a situation. Intimidation can terrify an aggressor into backing down. It should be noted that (p175 PHB) the DM can call for a check against a different statistic.

Unfortunately, Insight tends to be the poor cousin of perception and investigation.

In theory, it allows the character to read the room and determine who is in charge, who follows who, and who is telling the truth. In practice, “Roll Perception.”

These knowledge skills can be useful in a world of magic and gods, where you’re raiding ancient tombs and wandering the wilderness. At least one character in a party should be proficient in each of these, but it doesn’t have to be the same character for all of them.

Tracking an enemy through the wilderness? Living off the land? It’s helpful for a member of the party to know their way through the untraveled wastes.

This proficiency is best combined with the Outlander background “Wanderer” feature (p136 PHB) as it allows that character to provide food for an entire party.

However many campaigns revolve around going from city to city, with little time spent in the wild, so it’s not often mandatory.

C-Tier is for those skill proficiencies that are character-driven but probably won’t contribute anything to the game unless your DM deliberately goes out of their way to make them useful.

Although the image of a bard playing up a storm to wow a crowd is great, in practice you’ll be using the instrument proficiency the bard comes with to perform. No other character is ever likely to use this skill.

You’d think that a thief could get good mileage out of this proficiency, but for the most part, you’ll get what you need from non-player characters by asking them, or beating them to death and raiding their corpse. It takes a distinct effort on the part of the DM to make this relevant by introducing NPCs and depicting them hiding something in their pocket. Even then you can just drag the NPC down a dark alley and mug them.

Unfortunately, animals in D&D don’t play a huge role. Compared to the player characters with good armor classes and lots of wounds, animals don’t scale. They’re either powerful at low levels, then squishy at higher levels, or they’re always squishy. This is the weakness of the Beastmaster Ranger sub-class, and the reason for the dip in the power of a Moon Druid between levels 5 and 10, where they get access to Elemental transformations.

In theory, being adept at creating and using medicines would be useful, but Dungeons & Dragons is a world with magical healing, which no adventuring party is going anywhere without. Hence proficiency in medicine is a low priority.

Creating a character in D&D is great fun, and playing them is even better. I hope this guide to skill proficiencies has been helpful to you.