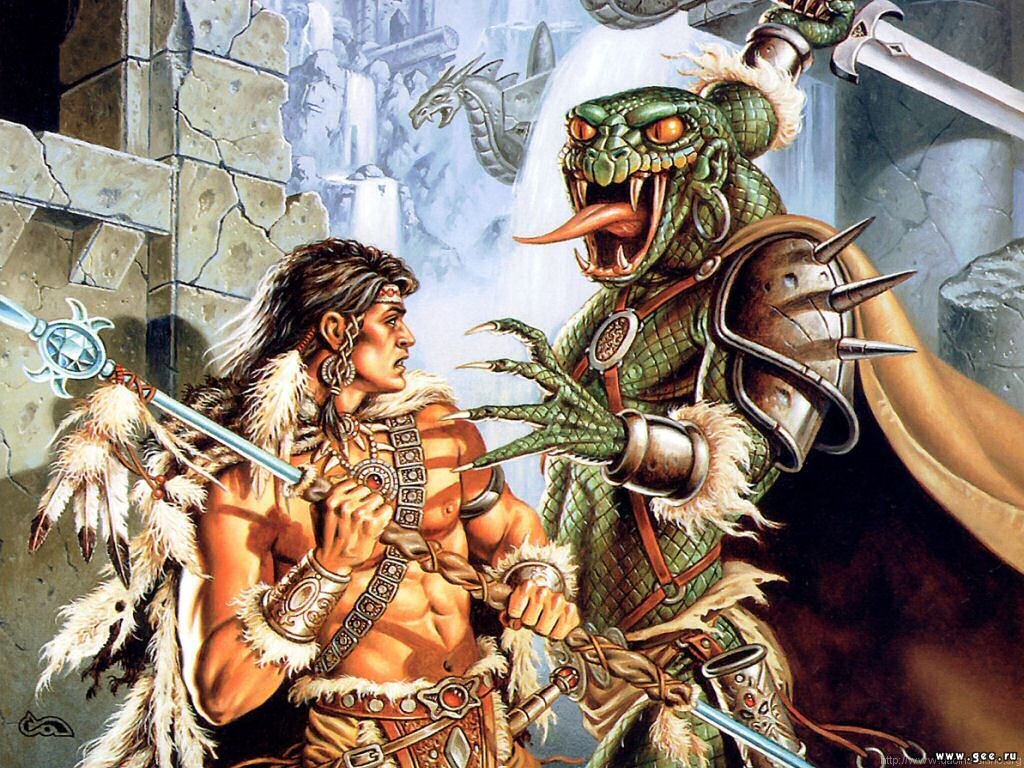 Clyde Caldwell was born in the city of Gastonia, North Carolina on February 20, 1948. Like fellow TSR legend Keith Parkinson, he was interested in drawing and playing guitar. While still in his adolescence, Caldwell gravitated towards painting fantasy and science fiction scenes.

“My biggest influences back then were the covers of the Edgar Rice Burroughs books. I wanted to paint pictures like those covers. My parents had always encouraged me in my artwork, but they didn’t understand why I was painting science fiction. They wanted me to paint landscapes and still lifes.”

Caldwell attended the University of North Carolina and earned both a Bachelor’s and Master’s in fine art.

“I thought I might become a teacher, so I figured the masters degree was a good idea. When I started doing some fanzine work, that idea was shot.”

While employed by the Charlotte Observer, Caldwell moonlighted as a freelance artist for various publications including Heavy Metal and Dragon. Impressed with his artwork in Dragon, TSR approached Caldwell several times to join its stable of artists during this time.

“I was offered a job three different times by TSR, Inc., when I was freelancing. Finally, the third time, I decided to come up to Wisconsin to meet the people I was working with long distance, whom I might eventually be working with face-to-face if I accepted the position. I really liked the company and the people, so I agreed that day to work for them.”

For the better part of a decade, Caldwell worked for TSR. His work included paintings for several of their product lines including: Greyhawk, DragonLance, Ravenloft, Star Frontiers and Forgotten Realms. Caldwell left the company in 1992.

The most famous pairings he produced at TSR were of Ravenloft’s Count Strahd and his sleek, serpetlike dragons for DragonLance.

Since leaving TSR Caldwell has produced artwork for various publishers in the RPG space (Wizards of the Coast, Precedence Entertainment, White Wolf Game Studio and Palladium Games). He also had his artwork appear on the television shows Eastwick and Frasier.

Currently Caldwell concentrates his time and efforts on private commissions. Visit Clyde’s web site for more information about engaging him for a custom painting.