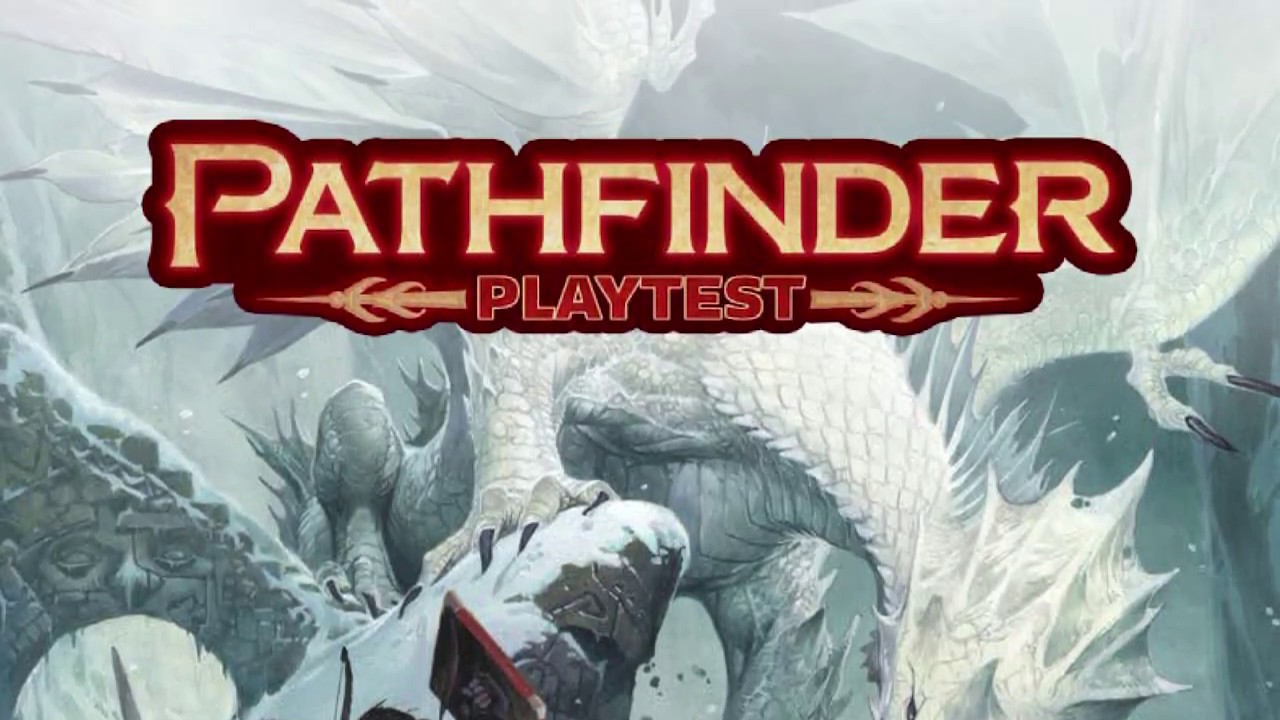 After nearly ten years of popular and successful products, the time has come for a new edition of Pathfinder, which will allow Paizo Inc. to sell people a new set of books for this updated version of the game that virtually nobody asked for.

Pathfinder 2E has been released as a free beta PDF (which you can download on www.paizo.com). For those not in the know Pathfinder 1E is basically 3.75 edition of D&D with minimal changes to the 3.5 system. Pathfinder 2E is more of a simplified, less crunchy, lower fantasy version.

So let’s dive into the core book, which I have not yet played.

The first change is cosmetic and pointless, except for PC brownie points/street cred.

They replaced the word “Race” with the word “Ancestry” to describe the playable species of the game. Why they didn’t go with “Species” I can’t say. Maybe they think a Dwarf might take a Mormon saliva DNA test and find out he’s (sorry “she” since that is the pronoun of Paizo product preference) actually an Elf. Or something.

Nevertheless, this is not surprising coming from a company that had their Facebook page wish everyone a “Happy Transgender Day” on Easter Sunday and then proceed to say nothing about Easter, even though about 8 people in the world celebrate the former and hundreds of millions celebrate the latter.

Anyhow they added Goblin as a playable “ancestry” to the otherwise predictable list that has been around since Gary Gygax was listening to Supertramp while smoking that doob.

The thing that stood out most to me in this PDF skim-read was that Half-Orcs are victims of prejudice by “bigoted humans” (I’m not making this up – see page 36), the only “ancestry” capable of bigotry (since bigotry isn’t mentioned anywhere else the book in any context) and that Orcs accept them in their society (albeit at a low social rank).

Wait… aren’t Orcs fucking monstrous villains in this game? Why aren’t they playable if they are so enlightened?

Just ditch humans since they are capable of prejudice and terrible and put Orcs in their place since they are so tolerant. Hell, I’m surprised it didn’t say “CIS White Males” instead of humans. This is the kind of fantasy tropes that Tracy Hickman dreamt of in 1981. I’m kidding, he’s rolling over in his grave (and he’s still alive).

You can get away with this type of social pandering if you hit a Grand Slam on everything else, but what we have on our hands is more akin to a bunt.

Feats Do Yo’ Stuff

So another change is they took all of the class/racial features and turned them into “Feats” you can select. There are racial feats and class feats and a few other kinds of feats that I don’t even remember what they are. Anyway, you get these at different level intervals.

My favorite feat is the one where Half-Orcs get Darkvision at 5th level, which makes total sense.

“Hey girls, I went to sleep last night and when I woke up this morning I can see in the dark. This just happened without warning. I am truly blessed!” exclaimed Brunhilde the Half Orc Bard.

There are several things players have wanted updated/changed for years in these D&D/Pathfinder games. They are:

Some of the changes that are less than great include:

Who Is This For?

Who is the audience for this game? Its dumbed down enough that I can probably play it with my kids, who are in elementary school, but I would never play this with an adult group.

Are people going to drop Pathfinder 1E or D&D 5E to play this? Are SJW non-gamers going to say “I always wanted to play D&D, but toxic masculinity always kept me away. This is the game for me. Down with the patriarchy!”

Maybe, but probably not. I just don’t see a bunch of white guys (the majority of people that play this shit) embracing this product with so many other options out there.

Maybe I will change my mind when I play it with my kids and if I do I will humbly eat crow, but the odds of that happening are only slightly better than me watching TLJ ever again, which is nil.