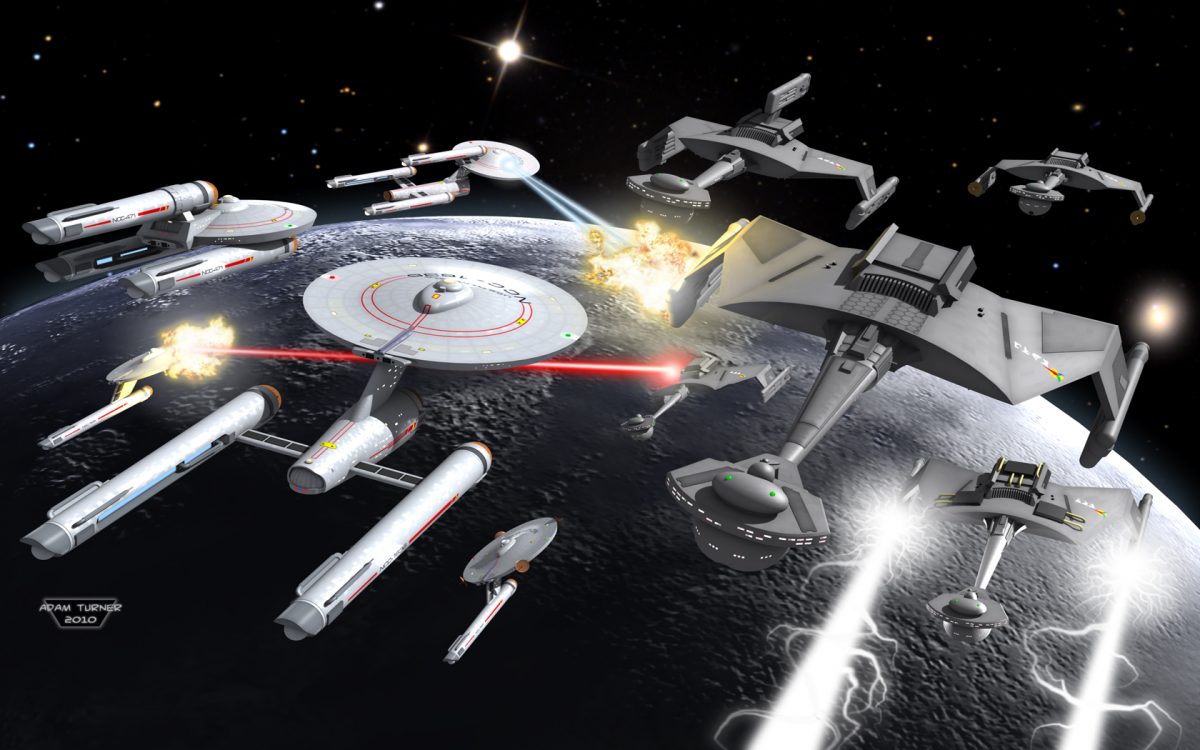 There is no denying that for 50 years Star Trek has been a cultural phenomena. There have been many iterations that have tried and succeeded to a varying degree (TNG and DS9) and failed (JJverse and Voyager) to capture the lighting in a bottle of the TOS era.

Much like the varying degrees of success of the Trek spinoffs, Trek gaming has been a mixed bag and severely lacking over the years (besides the successful but short-lived FASA Star Trek which we will discuss in further articles). But Star Fleet Battles has had a devoted following and still does to this very day for 30 years.

The premise of Star Fleet Battles is simple, an intergalactic combat strategy game based on the TOS era starships and factions.

In addition to the familiar U.S.S. Enterprise and her sister’s Constitution Class starships as well as the Klingon D-7 and Romulan Bird of Prey, the game incorporated the many semi cannoncal but unseen starships from the TOS era designed by the brilliant Franz Joseph. This included the glorious, beast, Dreadnaught class starship.

Games can range from one-on-one combat to minor fleet skirmishes to full on multi-fleet clashes and everything in between. All played on hex maps with counters representing your battle fleet. Even cooler are the use of actual ship miniatures which have become a hobby unto itself in the building and painting of small fleets.

It could be argued that the modern games that utilize these intricate die-cast and plastic miniatures owe a lot to the inventors of Star Fleet Battles.

The inventor of the game, Steve Cole, based much of its logistics on many of the World War 2 combat strategy games of the day, chiefly a WWII naval combat game called Jutland, and then put their unique Star Trek spin on it. Movement, firepower, defense were all determined by power allocation units called impulse units. There was quite a bit of math involved. A player had to determine the amount of impulse units involved to: 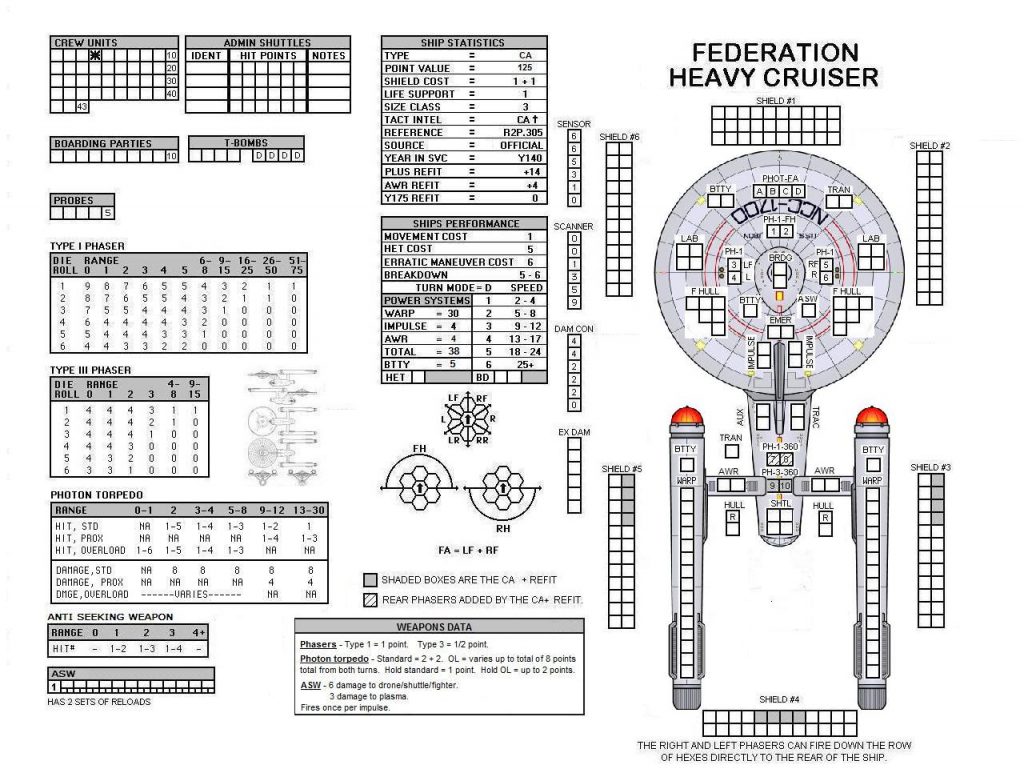 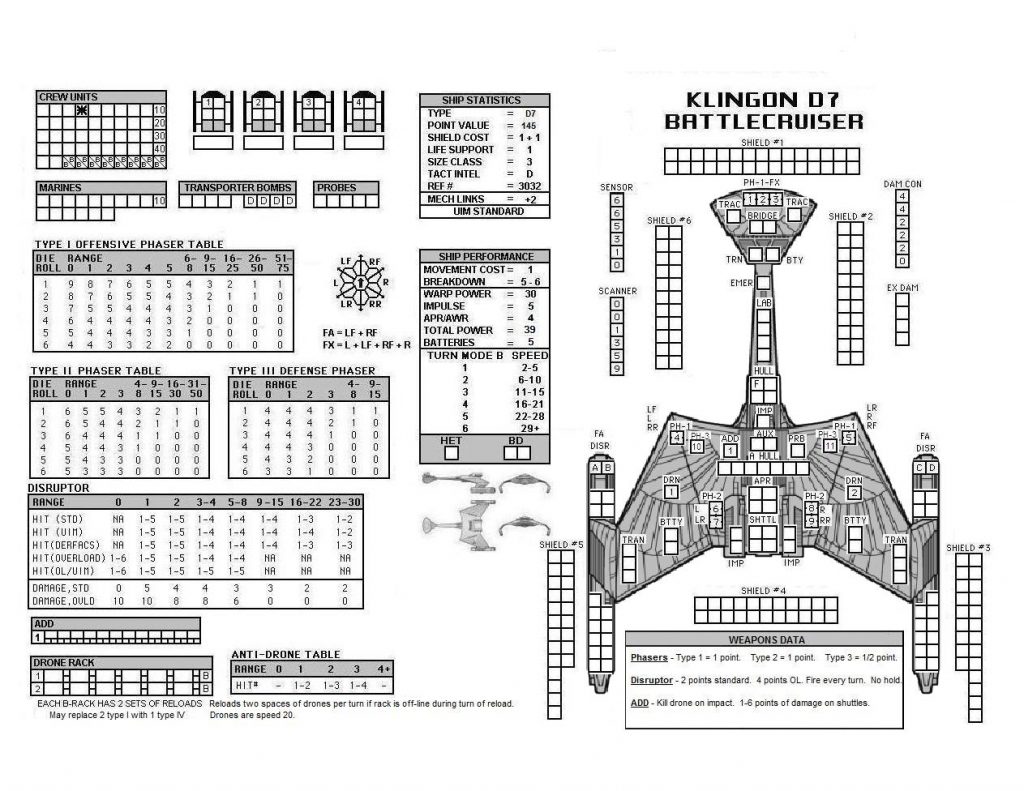 The creators were free to greatly embellish the war-making capabilities of the various Star Trek factions. Fascinating  offensive and defensive actions such as transporter bombs, drones (30 years before we heard of weaponized drones!) and countermeasures were incorporated. In addition, all new starship designs were incorporated that were quite faithful to the TOS vision.

The first official set was published by TaskForce Games and released to gameshops with great fanfare in 1979 after many years making the rounds as an unofficially published underground circuit.

The game has changed very little over the years other than its universe getting bigger. With dozens of modules and add-ons being released such as scenarios where players must take on various terrible threats from the Star Trek universe such as the Doomsday Machine.

To this day, partially because of the success and loyal following to the game and partially due to the lack of Trek strategy games of any substance, Star Fleet Battles conventions and competitions gather crowds around the countries for weekends of non stop gaming. Recently the game has found its way onto online platforms. Where gamers around the world can easily connect and wargame.

Star Fleet Battles was and is a true trailblazer in the world of RPG. Thrilling, frustrating, challenging and rewarding. An all out war strategy game set in the Star Trek TOS universe. If your looking for exploration and tunnel crawls this game isn’t really for you however if your looking for all out starship combat with vessels brimming with firepower capable of devastating worlds then Star Fleet Battles is the game for you.

The power balance of the galaxy is at your fingertips