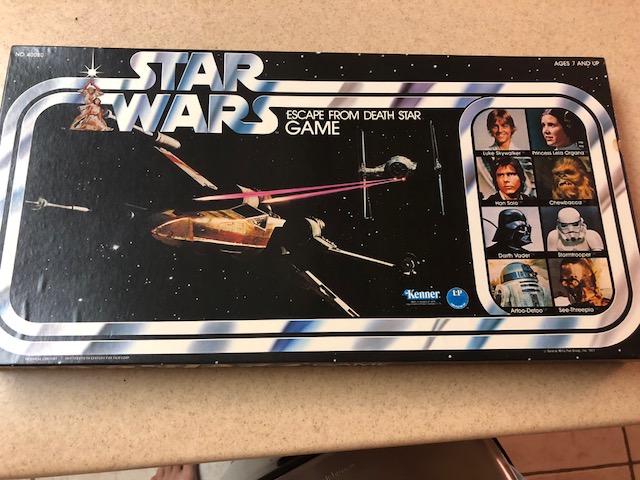 When Star Wars was a surprise box office smash in 1977, Kenner had to scramble to put out toys and games in order to meet demand for Christmas 1977. One of the things they came up with was the Escape the Death Star board game. 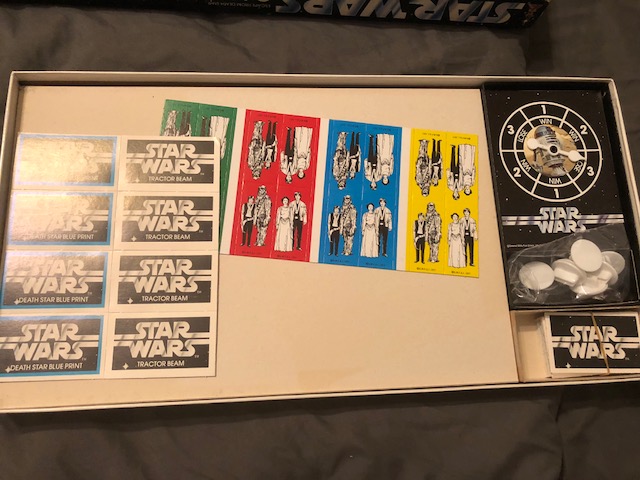 The back of the box states:

Luke Skywalker, Princess Leia, Han Solo and Chewbacca are trapped in the Death Star Trash Compactor. It’s your challenge to help them escape to the freedom of the Rebel Base.

R2D2 spins out your moves, but you must decide what passage ways to follow. The safe way is the long way. And time is running out. You must turn off the tractor beam and pick up a pair of secret plans. Will you take short cuts that risk encounters with the Force? You will if you’re daring, and could be the first to board the Millennium Falcon, fight your way through Tie Fighters, and reach the rebel Base to win!

The object of the game is to take your 2 pieces (Luke/Leia and Han/Chewie – Yellow, Green, Red and Blue versions allow 4 players to play the game) from the trash compactor to the Millennium Falcon,  and then travel through space to reach the Rebel base on Yavin.

In the first part of the game (on the Death Star) you have to move your game pieces across the board and stop at the Tractor Beam and the Control Room and pick up the corresponding cards (which turn off the tractor beam and give you the Death Star blueprints, respectively.) 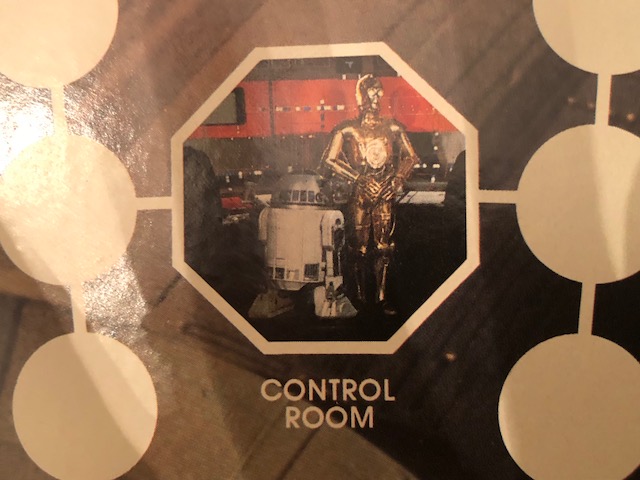 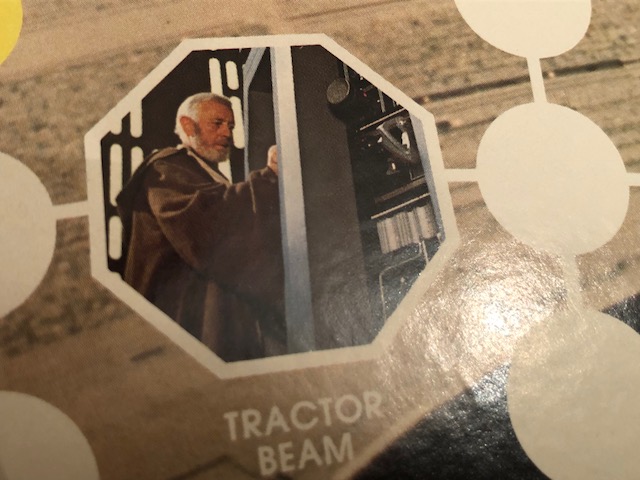 Once you have both sets of cards you can proceed to the Falcon. There are multiple routes through the Death Star to achieve this goal. 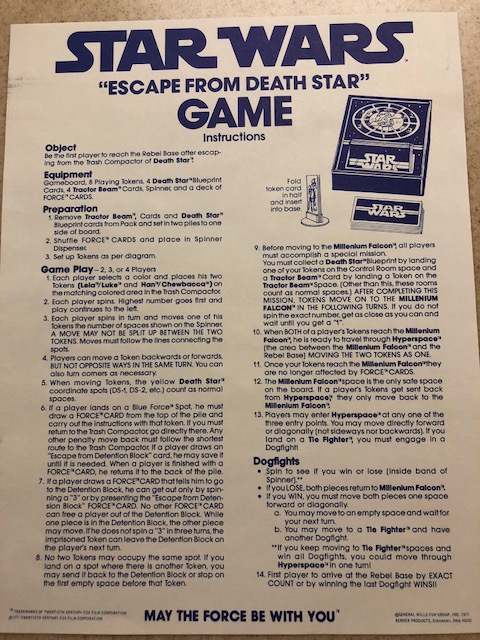 However, if you land on a blue space you must pick up a “Force Card”, which tells you if the Force is “With You” or “Against You” and then either allows you to move forward or back a few spaces. Some of the more severe punishments are getting sent to the Detention Block or back to the Trash Compactor.

Upon reaching the Falcon you have to travel through space through a 12 space grid. The “Hyperspace” spaces are represented by a field of stars. If you land on these you are sent back to the Millennium Falcon space and have to start this section of the game over. The other spaces are represented by Tie Fighters, which are the “Dog Fights”. To win a dogfight you must spin. A “Win” result allows you to stay where you are and a “Lose” sends you back to Millennium Falcon space. Once you navigate this fully you reach the Rebel Base on Yavin and win the game. 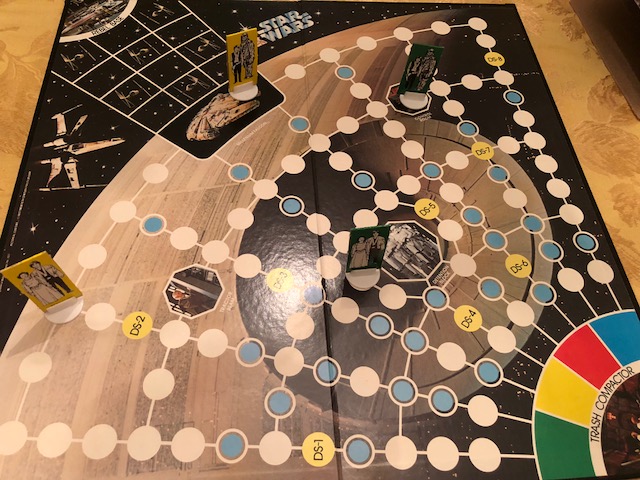 Star Wars is my all-time favorite movie and the Death Star escape sequence is my favorite part. I always loved the character interactions between Han, Luke, Leia, Chewie, R2D2 and C3PO. Two of the moments that stuck with me the most when I left the theatre as a small boy were the Trash Compactor scene and Luke and Leia swinging across the chasm after blasting the control panel. 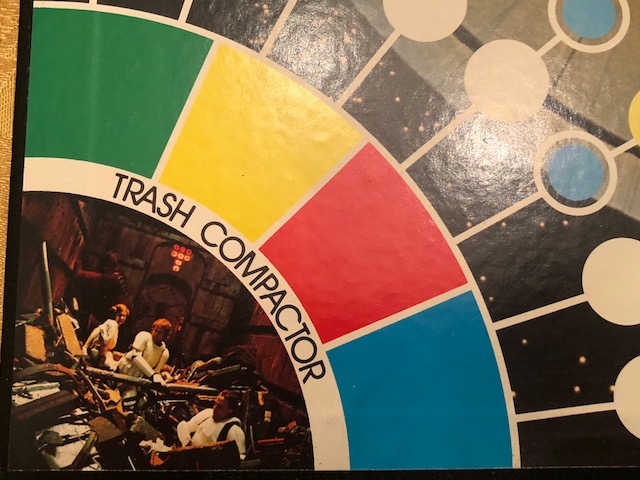 I recently bought an unused copy of the game for under $40 and played it as I didn’t feel the price made it a priceless artifact never to be opened. I enjoyed playing it quite a bit and feel it held up quite well as an experience related to Star Wars. I had it as a kid, but probably hadn’t played it in at least 35 years. It had a good bit of nostalgic value for me and my kids (8 and 5) liked playing it as well. 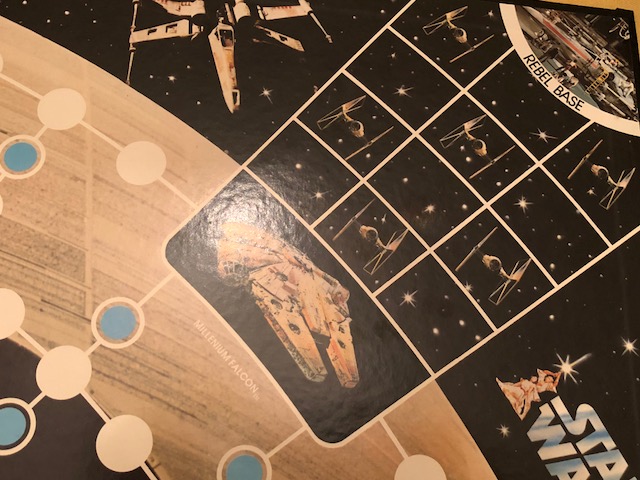 There is also a companion game called Destroy the Death Star, but I haven’t played it and in all honesty was not aware of its existence prior to writing this column. I will probably track it down at some point.