Last year, when we did an article on The 10 Best Female DRAGON Covers, we deliberately avoided the cheesecake in favor of the art and the story inside the painting.

That was last year.

This time around we are 100% focusing on the hotness and out for pure T&A!

Before you lady readers — all six of you — and their male paladins get your scrunchies in a bunch let me just say that next week we’re doing The Hunks Of Dragon Magazine.

Before You Start, Checkout:

A Bit About My Criteria

Out of the 359 Dragon magazines that were physically published from 1976 to 2007, there were seventy-six covers that featured female characters in some form or fashion.

Now, Dragon was essentially a PG publication within the eye-line of, and available for purchase by, young kids who might be into roleplaying games.

It was never going to have the more sensual and overtly sexual scenes that someone like a Boris Vallejo would paint:

Keeping that in mind, in this article I looked for:

Out of the seventy-six female covers, I found thirty-two that qualified.

I’ve also included the original print and a link to the artist’s store when I can find them.

A buxom wizard with a quasi-Native American motif is either surveying her kingdom or sizing up her next conquest.

This last physically published Dragon cover is supposed to be a tribute to the first cover which featured a small green dragon.

You can buy this print directly from Larry Elmore starting at $50.

The only direction artist Rebecca Guay had been given was the sorcerous theme and the concept of having the subject “doing something cool like casting a spell.”

What she came up with brilliant captures the isolation that most sorcerers endure and is very reminiscent of classic Impressionist paintings.

You can buy a number of amazing prints, all in this same style, at Rebecca’s website.

According to Parkinson, the woman who stared back at you with that typical vacant “Dragon Cover Stare” is Lady Valshea, an elven fighter/magic-user who was captured in color as she, her familiar and her trusty steed took a break during their passage through Blue Rock Vale.

I can’t find any reference to “Blue Rock Vale” in any D&D material or anywhere really.

Rockvale Blue is a band from Tennessee.

You can buy this print directly from the artist starting at $225.

This demoness is apparently Fields’ dark vision of Boticelli’s “Birth Of Venus”.

A little old in the face to be any Venus-figure, yeah? Looks like someone’s mom. 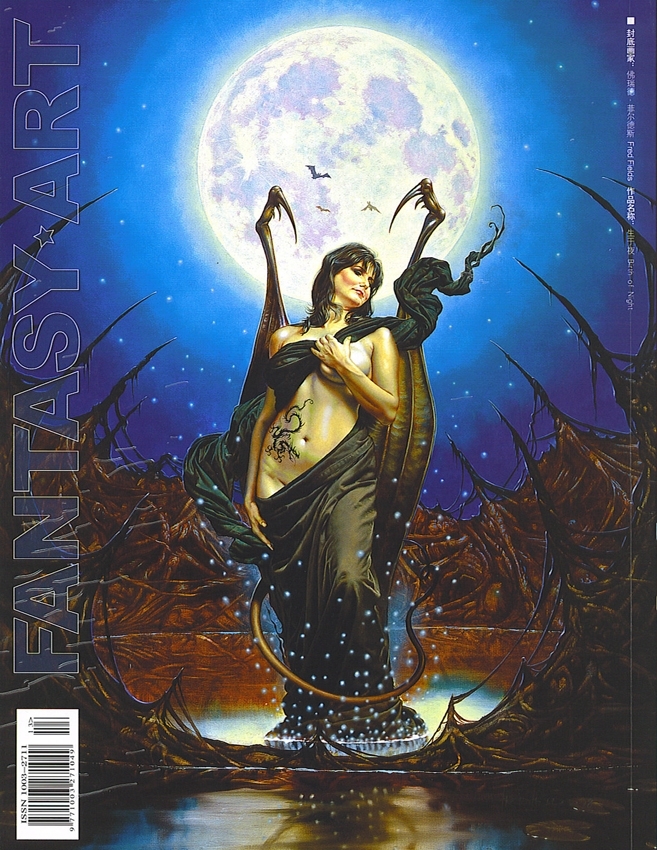 Fields’ print of this cover, entitled “Night Of Birth”, is not available for sale. I also can not locate an online store that sells his prints, but you can visit his website.

The ultimate 80s, total-biscuit, cartoon girl Telerie is prospecting for gold with Snarf and his planet-hopping friends from the Dragon cartoon called SnarfQuest.

You can purchase fantasy prints directly from Elmore on his website.

After completing an oil painting that further demonstrates that there are as many different types of dragons as there are people to think them up, Boris said:

“I wanted to do something different.”

I guess he’s talking about the hatchling dragons with gossamer wings because naked fantasy girls are nothing different for him.

Is this some kind of siren looking to lure adventurers to their death with the sweet sounds of her lyre? Or just a maiden practicing by the stream?

You can buy a print of “Last Note” on his website.

This classy cover, “Dragon Spell,” is evidence that women were thick in all ages!

What an outfit, what boots! Do I see… 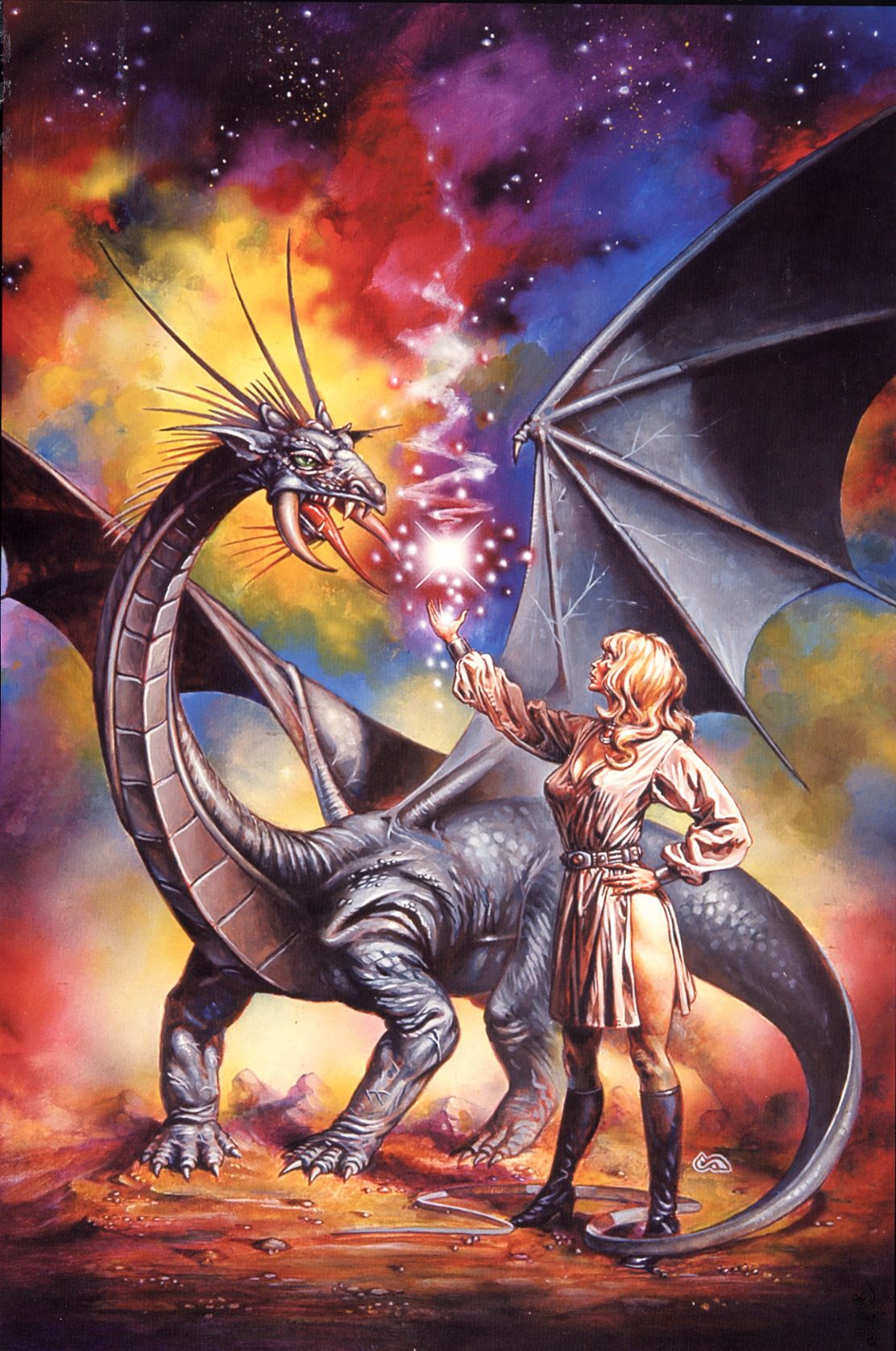 You can buy many more fantasy babe prints over at Clyde Caldwell’s website.

Larry Elmore has submitted “Hidden Danger” years earlier to be used if Dragon ever had a “cover emergency.” Allegedly they never had one and ended up using the painting in April of ’86 because “it was time.”

So much for the theory that this woman is Tika Waylan from Dragonlance.

You can buy this print directly from the artist starting at $30.

Did you notice that Elmore gave her extra under-garments?

Or did Dragon take them away?

This painting — called “White Magic” — has it all.

Do I need to go over what “all” means?

Caldwell’s first comment on his cover painting for this issue was:

“I got tired of doing evil sorceresses, so I decided to do a good one.”

I would definitely say that is a “good one.” The best one.

You can buy many more beautiful sorceress girls over at Clyde Caldwell’s website.

So, another day’s labor complete and my work here is done.

I hope you’ve enjoyed this tribute to the Babes Of Dragon Magazine.

If you’ve got any other ideas for top ten Dragon covers (or anything else you’d like to see at Rolling Nostalgic) please let me know in the comments below or over on the Film Goblin Facebook page.