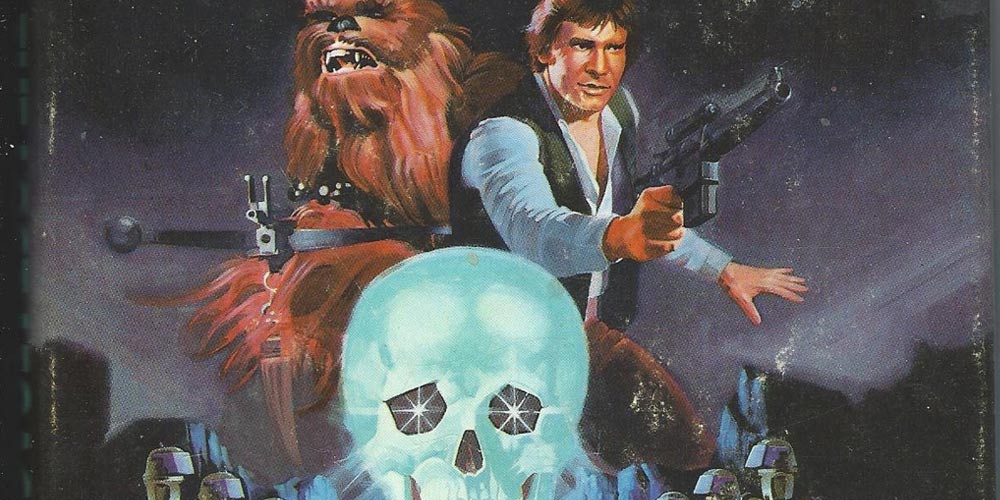 The last time on Save What We Love we discussed the books that started it all, Timothy Zahn’s famous Heir to the Empire trilogy.

Today, I figured we could get into some of the more esoteric books that were hard to find at the time they were published or just hard to get into, even for the hardest of the hardcore fans.

Han Solo at Stars End, Han Solo’s Revenge, and Han Solo And The Lost Legacy are three that my brother bought back in 1979 and 1980, though of course, we both read them. 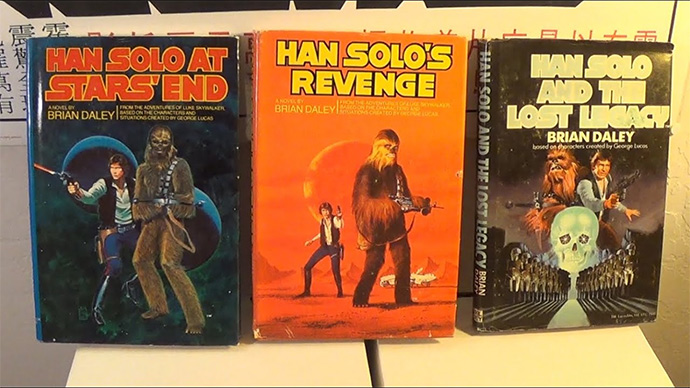 In 1992 they were combined into one volume as The Han Solo Adventures, now including a surprisingly reverent forward by Pablo Hidalgo back when he was still a wide-eyed fan at heart, before his fall to the Dark Side.

This is the genuine Solo: A Star Wars Story, featuring Han in all his of his beat-perfect, cool smuggler goodness, with the equally competent and savvy Chewbacca by his side.

Brian Daley is best known for adapting/writing the radio scripts for Star Wars, The Empire Strikes Back and Return of the Jedi and his wisecracking Han Solo lives up to all expectations.

The next two books are short story collections, Tales From The New Republic and Tales From The Mos Eisley Cantina, though their titles have always sounded like their positions should be reversed on the timeline, given that the stories are set during the time of the Rebellion.

New Republic contains two Zahn stories, including a four-parter one co-written with Stackpole, author of several of the X-Wing novels, that details how the plans to The Death Star really got into the hands of the Rebel Alliance. 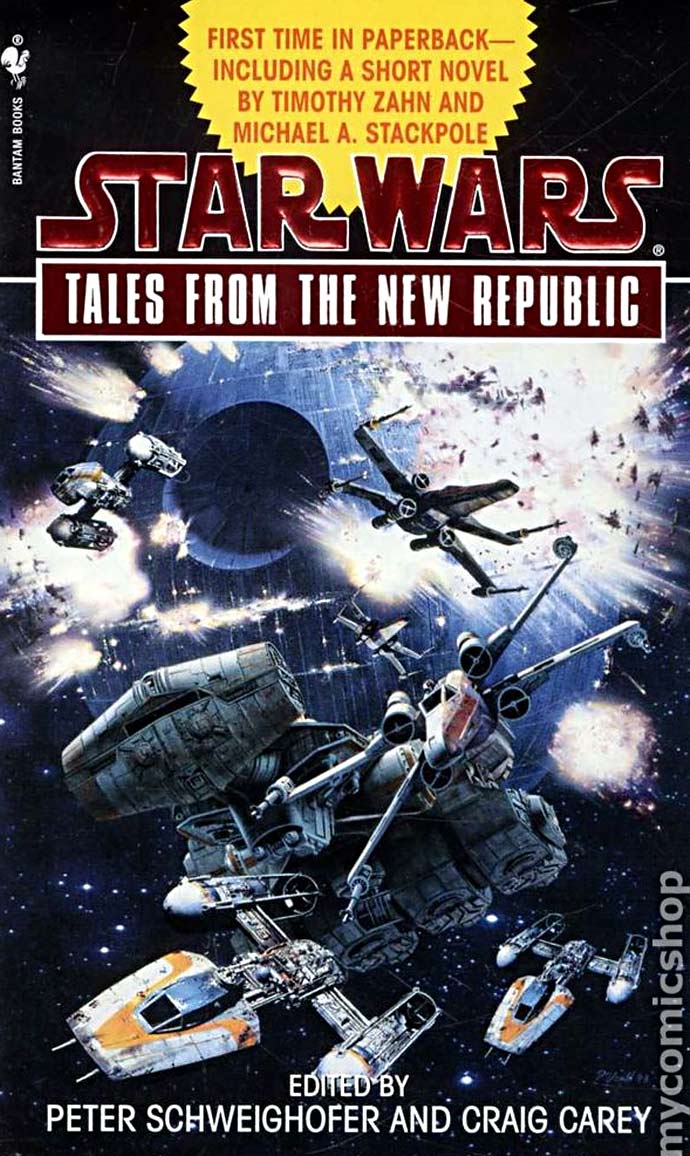 Mos Eisley Cantina is the first short story collection in the Extended Universe to offer multiple viewpoints of a single event from the different characters seen onscreen, in this case, while Ben and Luke are there to connect with Han and Chewie.

For example, one of the short stories is called “A Hunter’s Fate: Greedo’s Tale” while another is called “Doctor Death: The Tale of Dr. Evazan and Ponda Baba.”

You get the idea — it’s sort of like a Rashomon in space.

Zahn also has a story included called “Hammertong: The Tale of the Tonnika Sisters” which foreshadows events to come.

I’ve always liked short stories, neat little packages all wrapped up in one chapter, and there’s so much variety to enjoy. 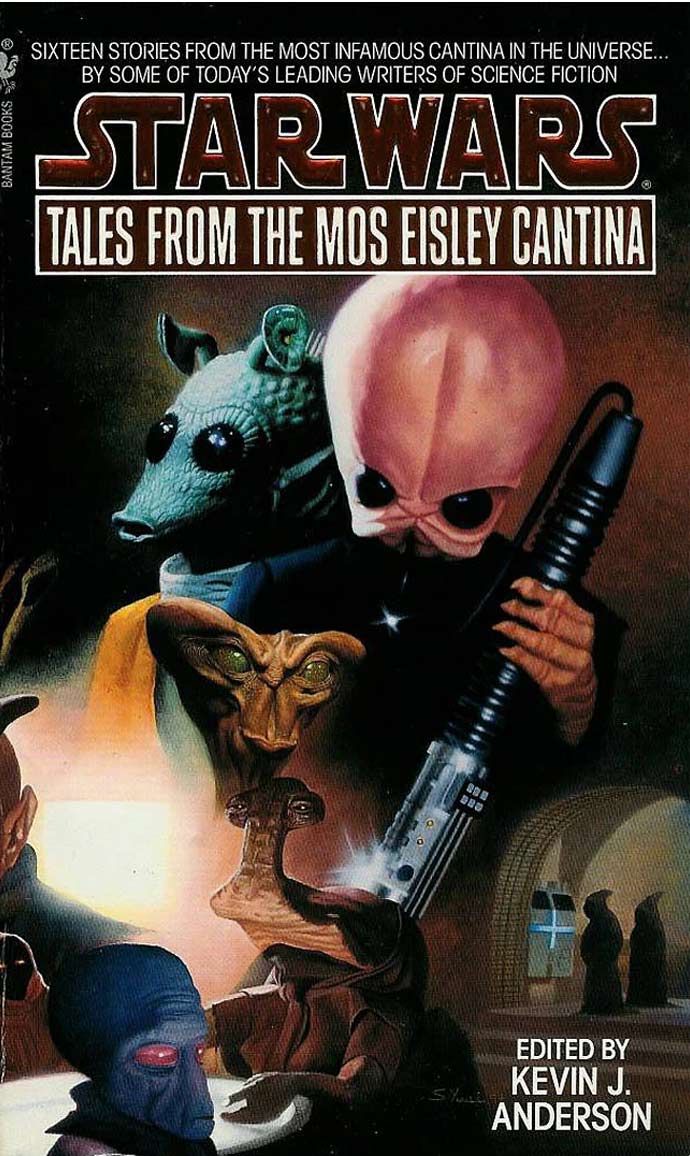 Republic Command: Hard Contact was found tucked away in one of the hidden reaches of the home sci-fi shelf. I can only guess that one of my gamer sons picked up this tie-in to the Star Wars: Republic Commando video game somewhere along the way.

It was published in between the release of AOTC and ROTS so its set at a time when the clone troopers were still allies of the Jedi.

What is a feature of this well-written story is a glimpse into how the clones view themselves and their superiors.

As clearly demonstrated in the first-person shooter from 2005!

Allegiance was published post-Prequels. It takes place between Star Wars and TESB, a rousing adventure that is also a delicate dance in and around other characters not present in the first movie (The Emperor, Thrawn, Mara Jade) as their two missions run counter to each other, sometimes nearly overlapping.

What I like is the undeveloped Luke while he’s still in awe of his legacy lightsaber, and pre-romance Han and Leia, working together, at times almost acidly, but with a grudging respect for one another.

I understand that Choices of One, the sequel to this, is also built on the same premise, but my impression from multiple reviews is that this is the better of the two. 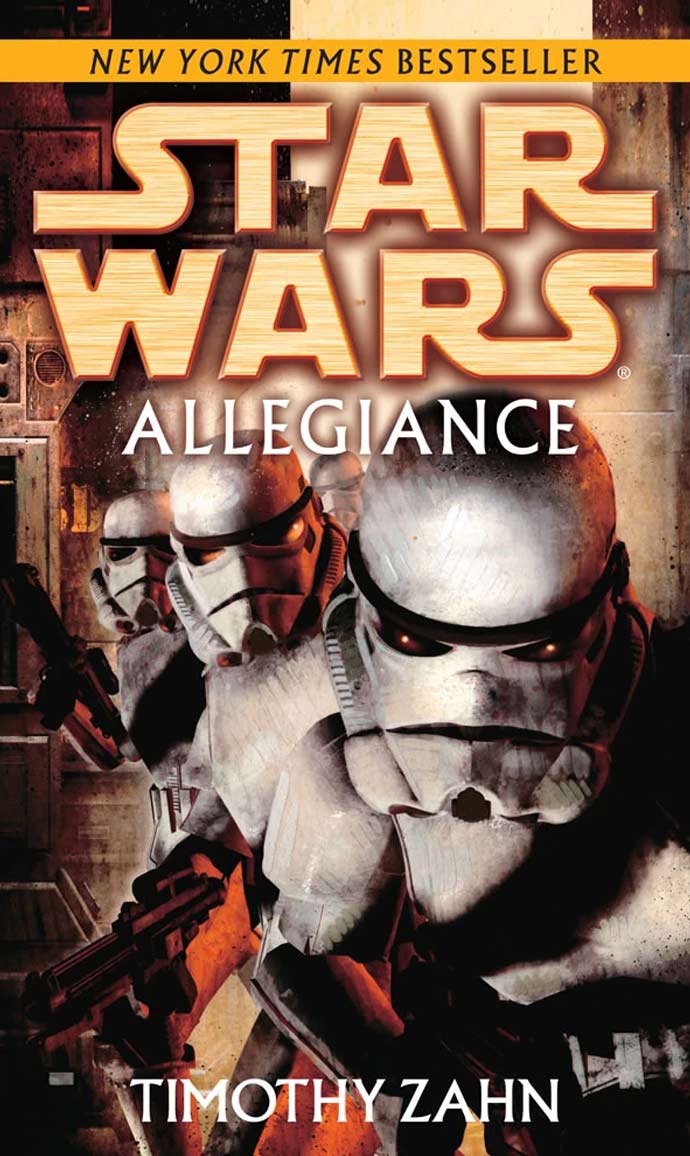 Now For Something Completely Different!

Here’s an odd one for you: William Shakespeare’s The Jedi Doth Return.

This is the final book in a very strange take on the six movies where one can experience the Saga reimagined as an Elizabethan drama penned by William Shakespeare himself, complete with authentic meter and verse, and theatrical monologues and dialogue!

“O join us, friends and mortals, on the scene —
Another chapter of our cosmic tale.
Luke Skywalker returns to Tatooine,
To save his friend Han Solo from his jail
Within the grasp of Jaba of the Hutt.
But while Luke doth the timely rescue scheme,
The vile Galactic Empire now hath cut
New plans for a space station with a beam
More awful than the first fear’d Death Star’s blast.
This weapon ultimate shall, when complete,
Mean doom for those within the rebel cast
Who fight to earn the taste of freedom sweet.
In time so long ago begins our play,
In hope-fill’d galaxy far, far away.” 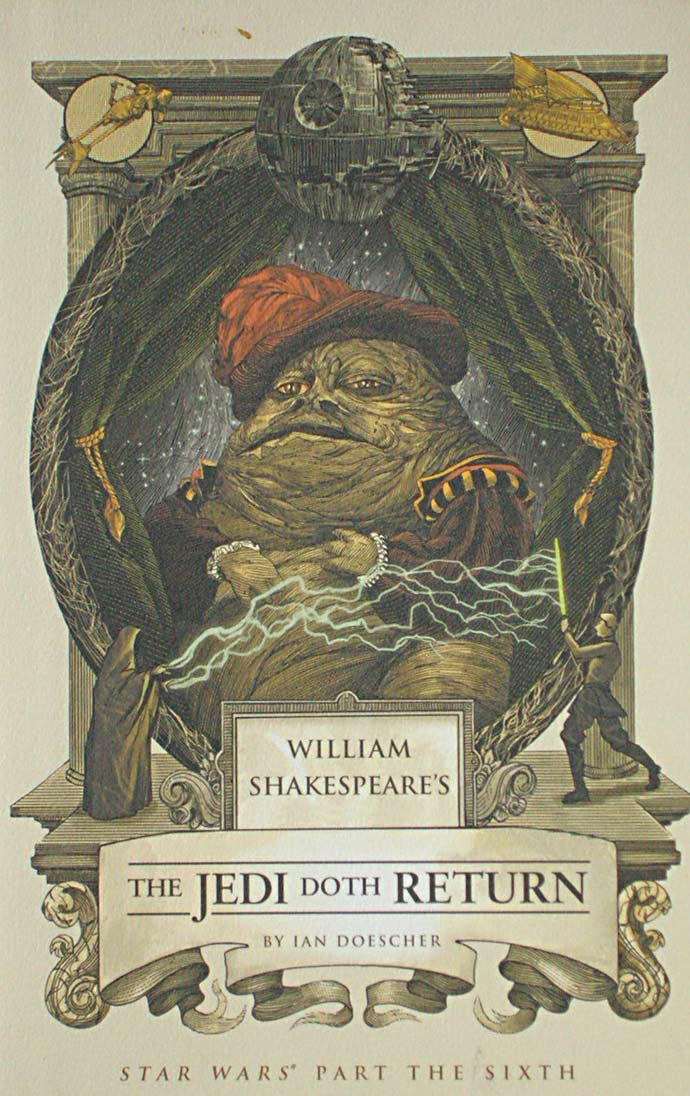 Check back next time when I will get into the X-Wing and Jedi Academy novels!