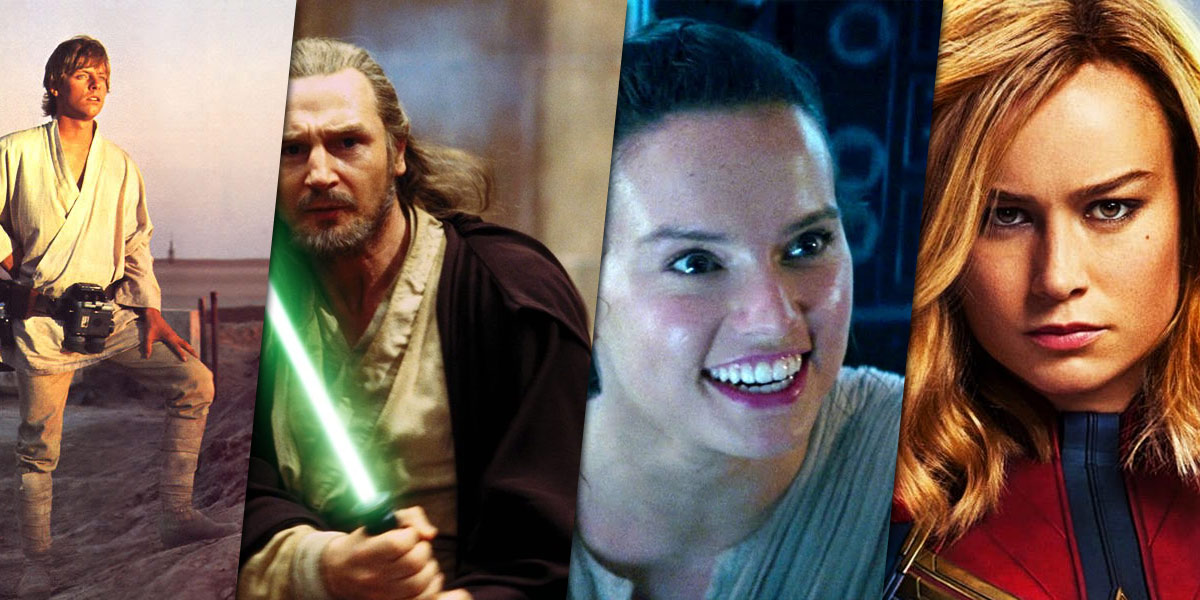 Stories have characters, and central characters, protagonists, usually fall into a handful of types. Knowing the type will invariably inform both the writer and the reader of how the story is likely to progress.

The most common protagonist is the Everyman. This, as the name suggests, is a character who starts life, much as we all do, in a state of mediocrity.

He could be, for example, a farm boy, a student, or a soldier, but he will then be thrust into circumstances where he loses something of what he has and follows a path that leads through trials and tribulations until he earns the status of a hero.

This is the iconic Hero’s Journey.

While things happen to the Everyman he is not passive. He is an active part of the world, choosing to act, choosing to make a difference. 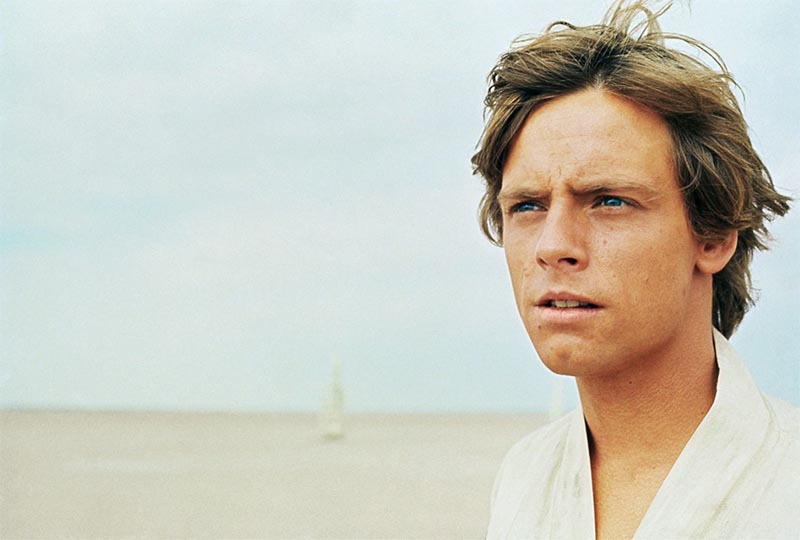 In the Star Wars franchise, the Everyman is Luke Skywalker.

He comes from nothing, a simple farmboy on Tatooine. He then has change come into his life, with two droids carrying a mission from a beautiful princess. Luke finds that the “crazy old man” is, in fact, a powerful space wizard. He loses the only home and family that he’s ever known and chooses to join the space wizard in a quest to bring peace to the galaxy.

This character is one who has already done his growth and development prior to the story taking place. However, despite their skills, we intuitively understand that they have earned them, due to their age, or perhaps their non-human origin.

Writing a story where the Paragon is the lead is more difficult than writing for the Everyman because the Paragon will experience minimal change and growth over the course of the story.

Consequently, the story will usually focus on the change the Paragon creates in the world around them and the lives they affect.

When used as a supporting character the Paragon will act as a mentor, but be removed from the protagonist’s life at some point. It can be death, as with Obi-Wan Kenobi for Luke Skywalker, or simple removal for a time, as with Gandalf for The Fellowship Of The Ring in Moria.

The Star Wars franchise portrays a number of Paragon characters. In the original series, both Obi-Wan Kenobi and Yoda were Paragons, as was Darth Vader, which is an example of a Dark Paragon being used as the adversary to the protagonist.

For the prequels, Qui-Gon Jinn acted as the Paragon mentor for Obi-Wan Kenobi. Technically all the Jedi Masters could have been considered Paragons, but we hardly spend enough time with them to consider them actual characters. 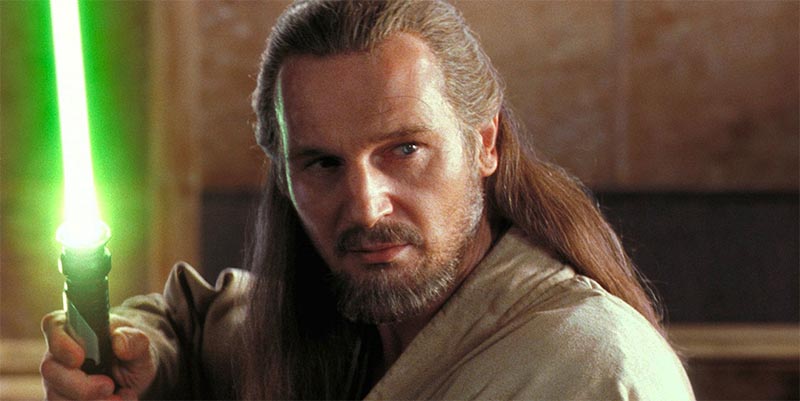 In popular fiction, Paragons exist as well, one of the best known being Superman.

One of the biggest misunderstandings demonstrated by writers of Superman is that they try to portray him as an Everyman when he is not one. Like Captain America, his closest Marvel counterpart, he is a Paragon, an aspirational figure, one we are meant to aspire to be like.

The term “Mary Sue”, or it’s male equivalent “Gary Stu” gets thrown around a lot, not always accurately. For the purpose of this discussion, I will describe a Mary Sue as a character that is supposed to be an Everyman but has skills we’d expect in a Paragon.

The term comes from a particular type of bad fan-fiction where the fan creation, a blatant self-insert, becomes the central character of the story with the existing characters becoming mere hangers-on to the Sue. It was ably satirized by Paula Smith.

An example might be a girl we find living in the desert, scavenging scrap to survive, who turns out to be able to repair a ship better than the person who spent decades working on it, fly it with at least equal skill to that person, spontaneously use that universe’s magical powers on a level unseen before in the inexperienced, and display skill with the signature weapon of a force of magical knights to which she doesn’t belong. 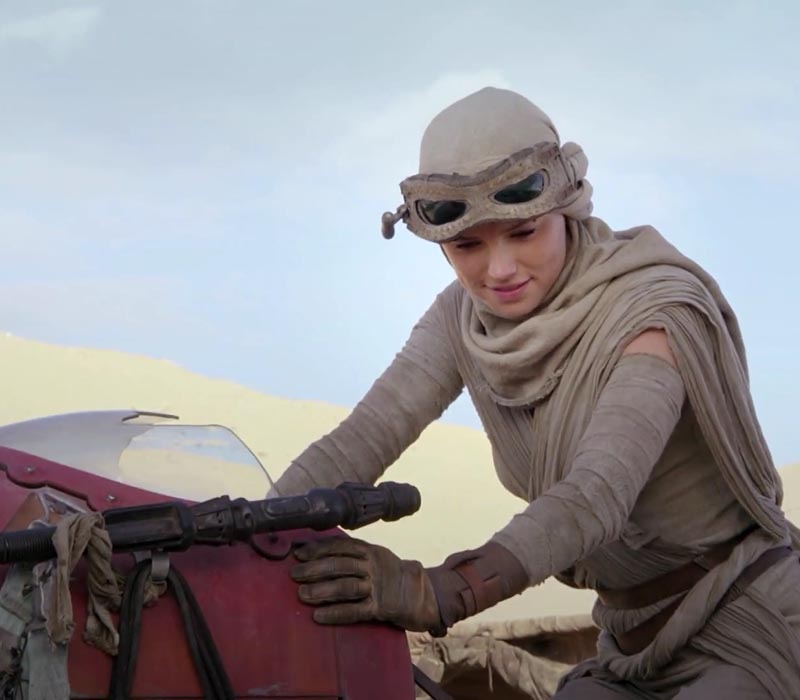 That is not necessarily a bad thing if it leads to character development down the line. For example, we could find that this person was an adept from these magical knights who’d been abandoned at a young age.

However, if these aberrant abilities have no explanation or their explanation is basically a hand wave, then what we’re dealing with is probably a Mary Sue.

A distinctive characteristic of a Sue is that they are not part of the story, rather the story is written and re-written around them. Other characters in the story exist mainly to extol the virtues of the Sue, and to talk about how wonderful and important the Sue is when they’re not present.

Sometimes a character is misidentified as a Mary Sue when their problem is bad writing. 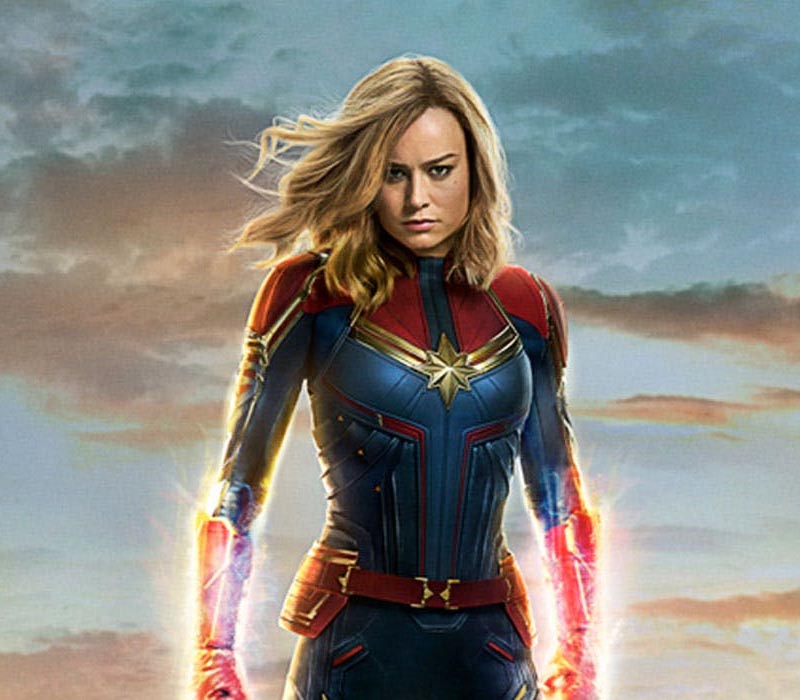 Her powers have an adequate in-universe explanation. Indeed their origin is not that different from the way Carol Danvers obtained her powers in her original Ms. Marvel comic, albeit she is significantly more powerful. Her skills likewise have in-universe explanation given she was an Air Force pilot. She is not seen doing too much that could not be explained by her training with either the Air Force or the Kree.

Captain Marvel‘s problems lie within the writing and portrayal of the character, not in the character itself. The writing tried to make her the center of the Marvel Cinematic Universe — something that was completely unnecessary — while her portrayal by Brie Larson was incredibly flat and lifeless.

Sues can be entertaining though when they’re written to satirize the concept, and this leads me to end with the fun webcomic, Ensign Sue Must Die. 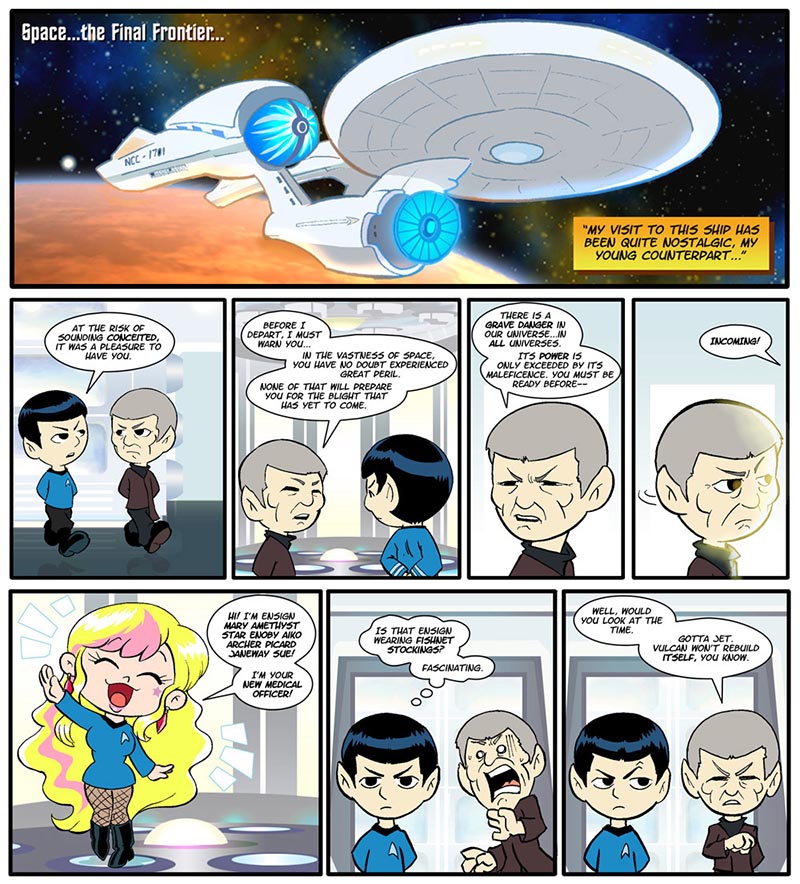 Regards to David Stewart on YouTube for his excellent discussion of this topic.