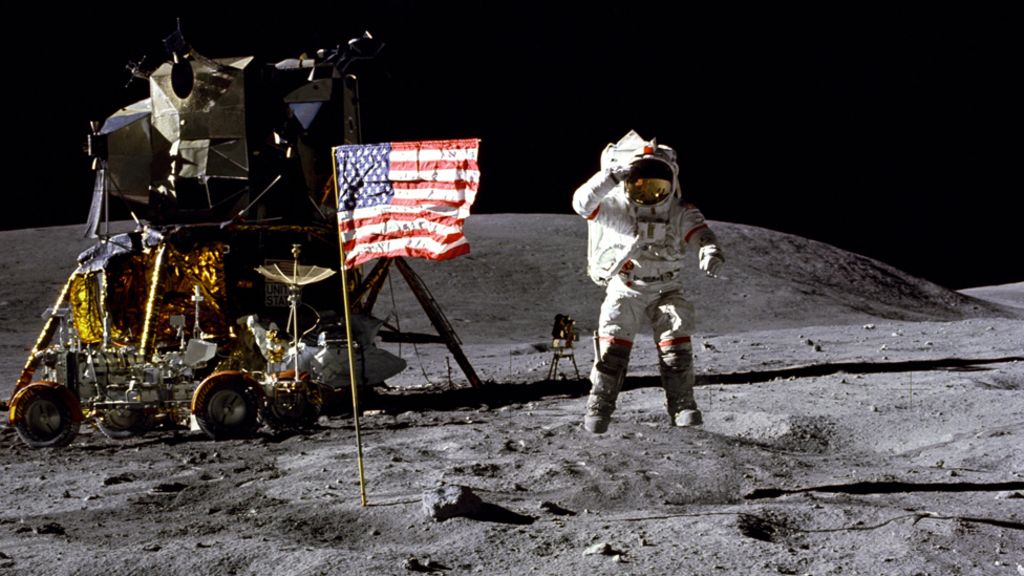 Okay, Kennedy said it better and completely different but I needed an intro. 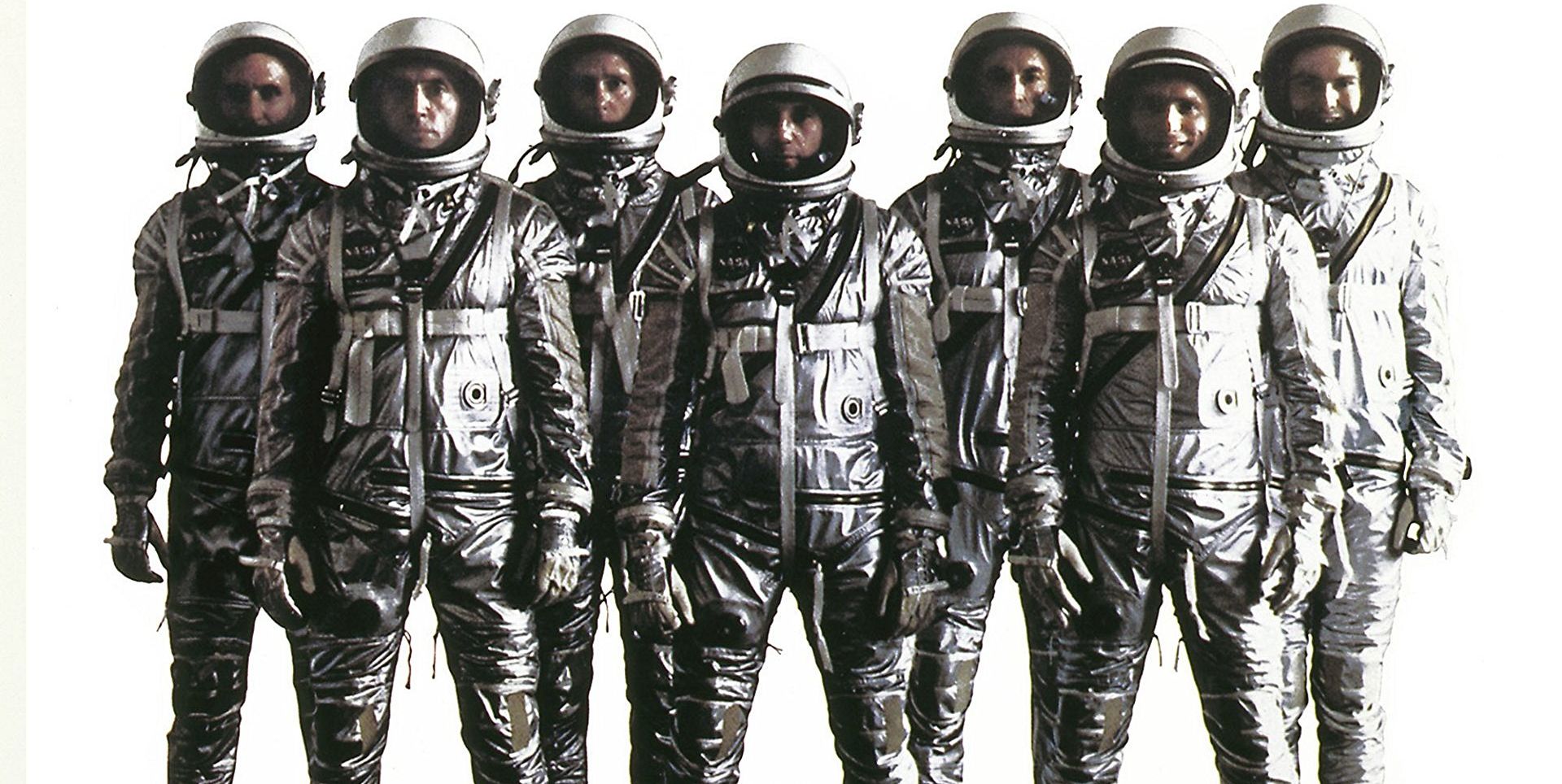 This is a fantastic movie. A great history lesson from Chuck Yeager’s (how manly of a name is that?!) first flight to break the sound barrier, to the beginnings of the space race with those godless Russian communist bastards.

The Mercury Seven are led by actors Ed Harris as John Glenn, Scott Glenn as Alan Shepard, Dennis Quaid as Gordon Cooper, and Fred Ward as Gus Grissom. Sam Shepard plays Yeager to perfection as well as Barbara Hershey as his wife. Look for Lance Hendrickson, Harry Shearer, and Jeff Goldblum in early roles. Pam Reed does a great job representing as a long-suffering astronaut wife and Donald Moffat plays a superb LBJ.

This is not only accurate but also a beautiful and artistic movie. It was criminally under-watched in the theater when it came out in 1983. This will take you through the entire Mercury program and show the most important flights they took.

When Sputnik got up, we got going and kicked their Commie asses. There’s also the backdrop of the conflict between test pilots vs. astronauts, and who got the glory.

The testing of these men to become astronauts is grueling to watch but also damn funny.

There are laugh out loud moments as well as goosebump-inducing ones. This is a great start on your journey.

From The Earth To The Moon 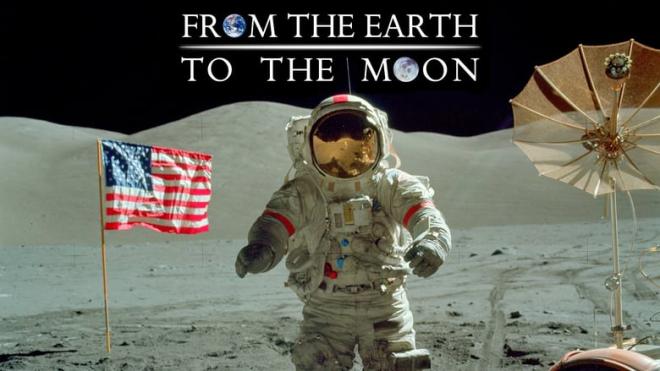 This is a 12 episode mini-series made in 1998 by Tom Hanks. Inspired by his work on Apollo 13 (we’ll get to that) Hanks made a love letter to NASA’s heyday. Each episode is chronological but also self-contained.

Many themes are explored. The first episode picks up pretty much right where The Right Stuff leaves off, with the introduction of the “New Nine.” The cast is pretty much spot on though some odd recasting becomes noticeable as you move through the episodes. Nothing that distracts you though.

You see issues with Apollo 1 and how that disaster nearly killed the program. You see how the subsequent missions each had issues to overcome. You see how the chaos of the era (not unlike now) really affected the space program but how it calmed things down as well.

The best episode, in my opinion, is “Spider” which chronicles how difficult it really was to construct the LEM (Lunar Excursion Module.) It starts light with a lot of funny corporate banter but gets heavier and heavier as it goes on. Seeing the LEM finally fly is breathtaking.

It doesn’t stop after Neal takes his giant leap, there are 6 more missions to go! We get to see Alan Shepard, the first American into space finally get to go back and what he went through to accomplish that. We get to see the funniest episode as the melting guy from RoboCop plays the funniest astronaut, Pete Conrad in Apollo 12. (History’s biggest anti-climax until The Phantom Menace.)

The only mission they don’t go into much detail on is Apollo 13, instead, it focuses on the press who were just as much jackals then as they are now. It’s interesting to see the old guard newsmen trying to fight against muckraking journalism and losing. It’s been going to shit ever since. 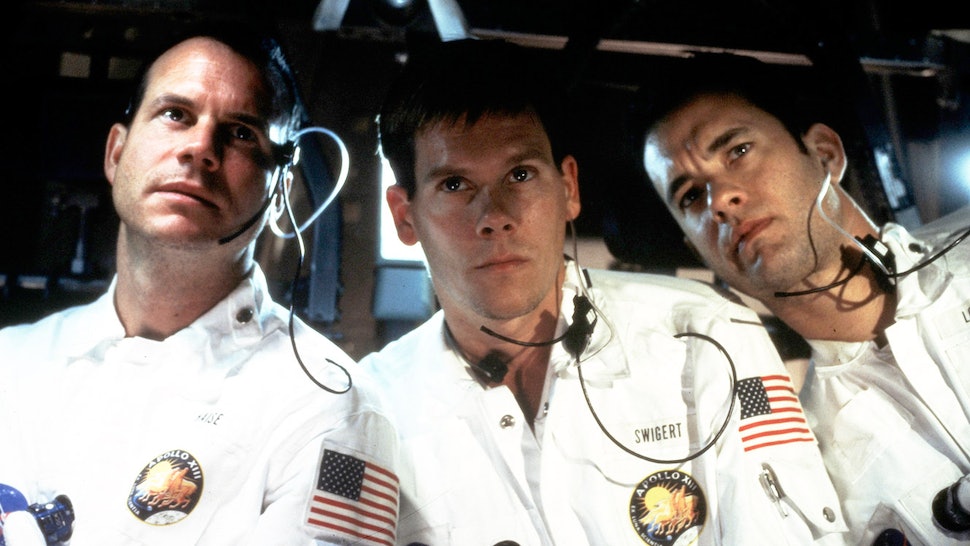 People like to give Ron Howard crap on his directing, but I defy anyone to find fault with this movie. The only inaccuracy in the entire film that I was able to find was when Fred Haise and Jack Swigert had a bit of an emotional breakdown and started pointing fingers. Never happened. Otherwise, it’s spot on.

Howard made use of the zero-gravity simulator which is done on a large cargo plane, affectionately nicknamed the “vomit comet.” Basically, he built the command module and LEM in this plane, they took off, went into free-fall for 15-25 seconds at a time, and filmed in zero-g. No CG or special effects has ever done it better. They look like they are floating because they are.

But the real joy of the movie is watching men solve problems. Fuck Matt Damon and The Martian. This shit happened and the myriad problems they had to overcome is mind-boggling.

Tom Hanks was born for this role as Jim Lovell. Kevin Bacon and Bill Paxton shine as the two other astronauts. The real joy is Ed Harris as flight director Gene Kranz:

“Failure is not an option”

And you fucking believe him! (I hear Gene was even scarier but, in that inspiring way.)

Watching this just after the Apollo 12 mission in From Earth To The Moon and then going back to the series is the best way to keep the chronological progression. You can also just watch this if you want to know how good these NASA scientists were.

We did something amazing once. Perhaps SpaceX can bring us back?