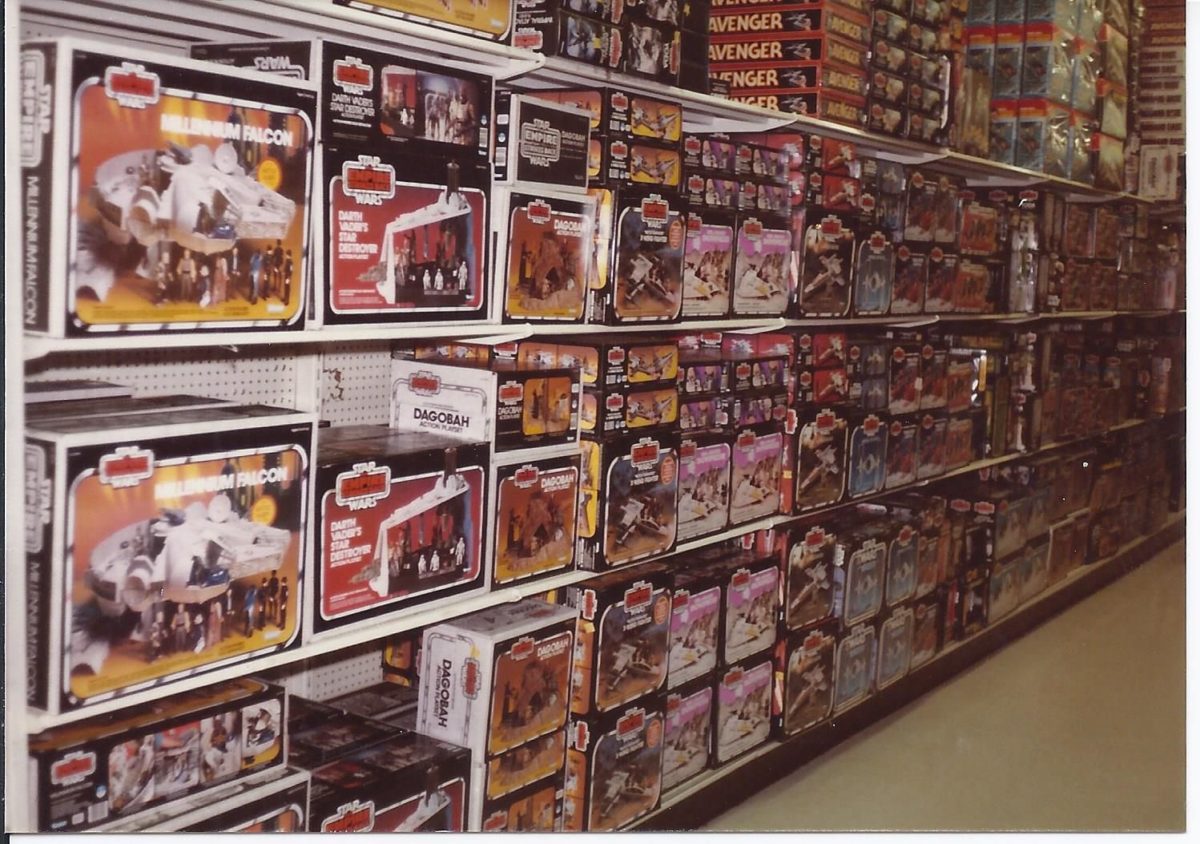 There was a reason that Star Wars hit such a cultural nerve.  Why even now, when it’s makers insult us and attack us simply for caring, we still can’t quit it altogether.  Why we are trapped, like a battered spouse in an abusive relationship no matter how many times Star Wars comes home from the bar late and demands to know why it’s dinner isn’t ready.

It’s because it arrived in our lives a certain time, but also in a certain way.  It was maybe the first truly immersive multi-media experience.  There weren’t just the movies, there were cartoons, comics, books, audio tapes, games and above all, there were the toys!

We recreated our favourite adventures, we invented new ones.  Star Wars was life! 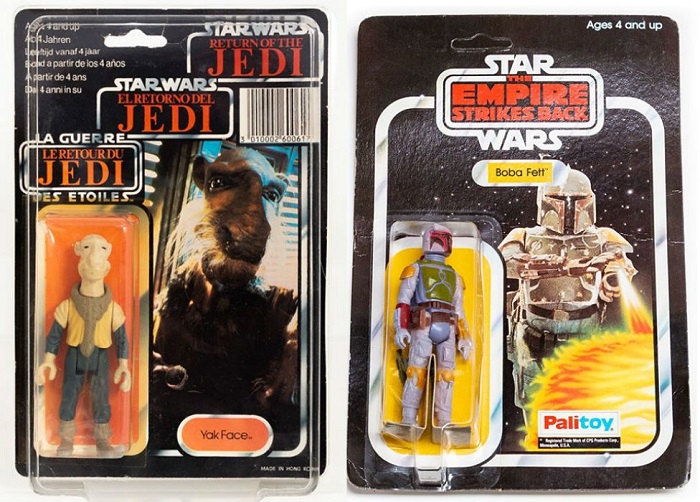 I was a lucky little Goblin.  Star Wars toys were everything to me growing up.  Every Christmas and Birthday meant the list was full of the latest Kenner or Palitoy creation.  I would explode out of bed at 4:30 am on Xmas morning to see what Star Wars goodies Santa had delivered.

My entire pocket money allowance went on the toys.  My proudest moment was when I saved for months and worked extra chores and counted and counted those pennies until I had enough to buy myself an AT-AT!

As a result, I had amassed quite a collection.  All kept under my bed, or in the base of my wardrobe still in the original boxes.  I remember everything from the cardboard Death Star playset to the Ewok Village.  The X-Wing, The Y-Wing, The B-Wing, three types of Tie Fighter, countless figures and mini-rigs, playsets, Bespin Cloud Car, Rebel Transport, weird as fuck Star Destroyer   And of course, the motherfucking Pimp-Daddy of them all, the Millennium Falcon.  Hands down the greatest toy ever created. 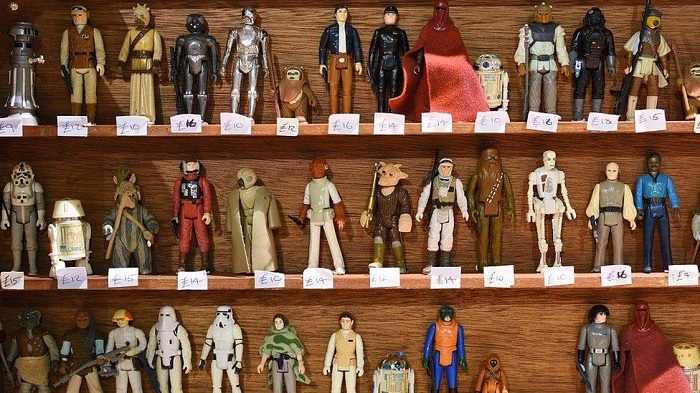 You name it, I had it.  The only things that stood out as being missing from my collection were the full sized Shuttle Tyderium, that was rare even in the States, and the A-Wing.

Want To Buy Some Google Stock?

So, of course, when I reached a certain age and as Return Of The Jedi faded from view behind me, I sold the lot.  In one go.  For peanuts.  To pay for a fucking computer!

And today I feel like a man who was offered Google stock for peanuts back in 1997.  Or who bought Bitcoin five years ago and has lost the hard drive.  Because today it would have been worth thousands.  THOUSANDS!

This last week there was an auction in the UK where records were smashed. Star Wars collectors splashed out tens of thousands of pounds.

The rare Tie Bomber Authentic Imperial Spacecraft toy from the film The Empire Strikes Back, owned by a man who worked at a Palitoy factory where the UK version of the toys was made in the 1980s, had an estimate of around £200 (about $260). 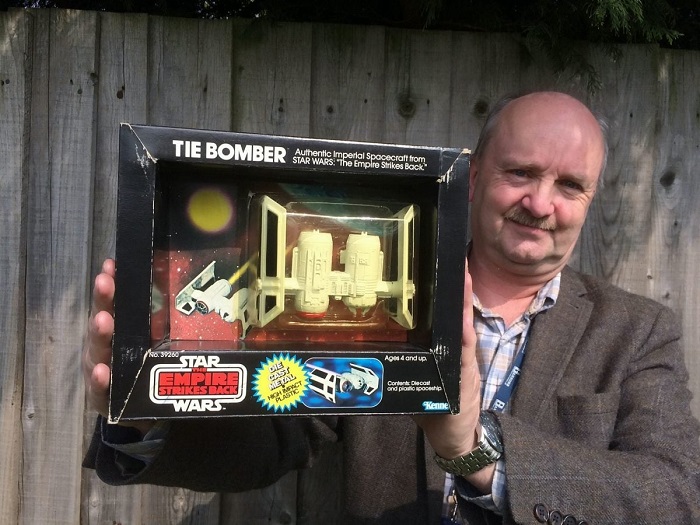 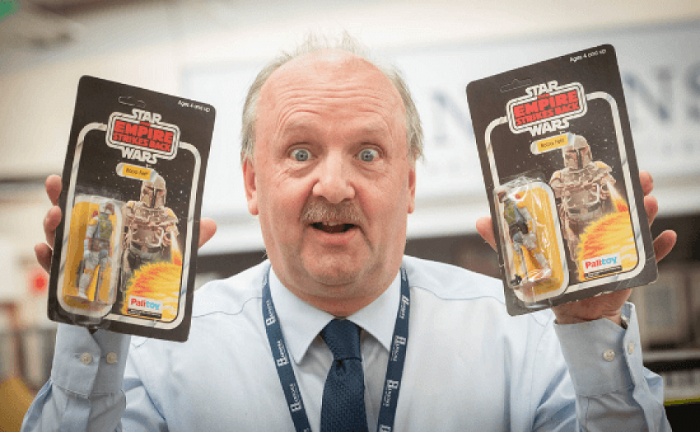 Steve Fulford, a toy valuer at Hanson’s Auctioneers, provided a rundown on some other sales: 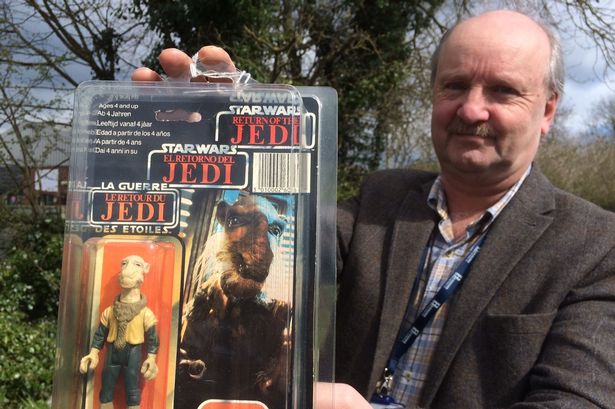 “The appeal of Star Wars just keeps getting bigger. Plus, toy nostalgia moves with the times as people grow older and new collectors come along who want to invest in childhood nostalgia from the 1970s and 80s.”

Hansons is based in Derby, which is close to where Palitoy built the Kenner toys under license for the UK market. This helped their hit rate in sourcing the toys.

The Tie Bomber spaceship, which made £2,100 due to its rarity, was found at a free valuation event at a Methodist Church in the same town as the now-closed factory.

The 77-year-old owner of the Tie Bomber, who didn’t wish to be named, said:

“My son used to like Star Wars and I often bought toys home for him. For some reason, this one was never opened and I found it in the loft. If I bought it in 1983 it’s been there for 36 years.”

Now excuse me as I go and weep softly into my corn flakes this morning and get all misty-eyed for my childhood.

Probably before I go and burn a copy of The Last Jedi in some kind of ritual.