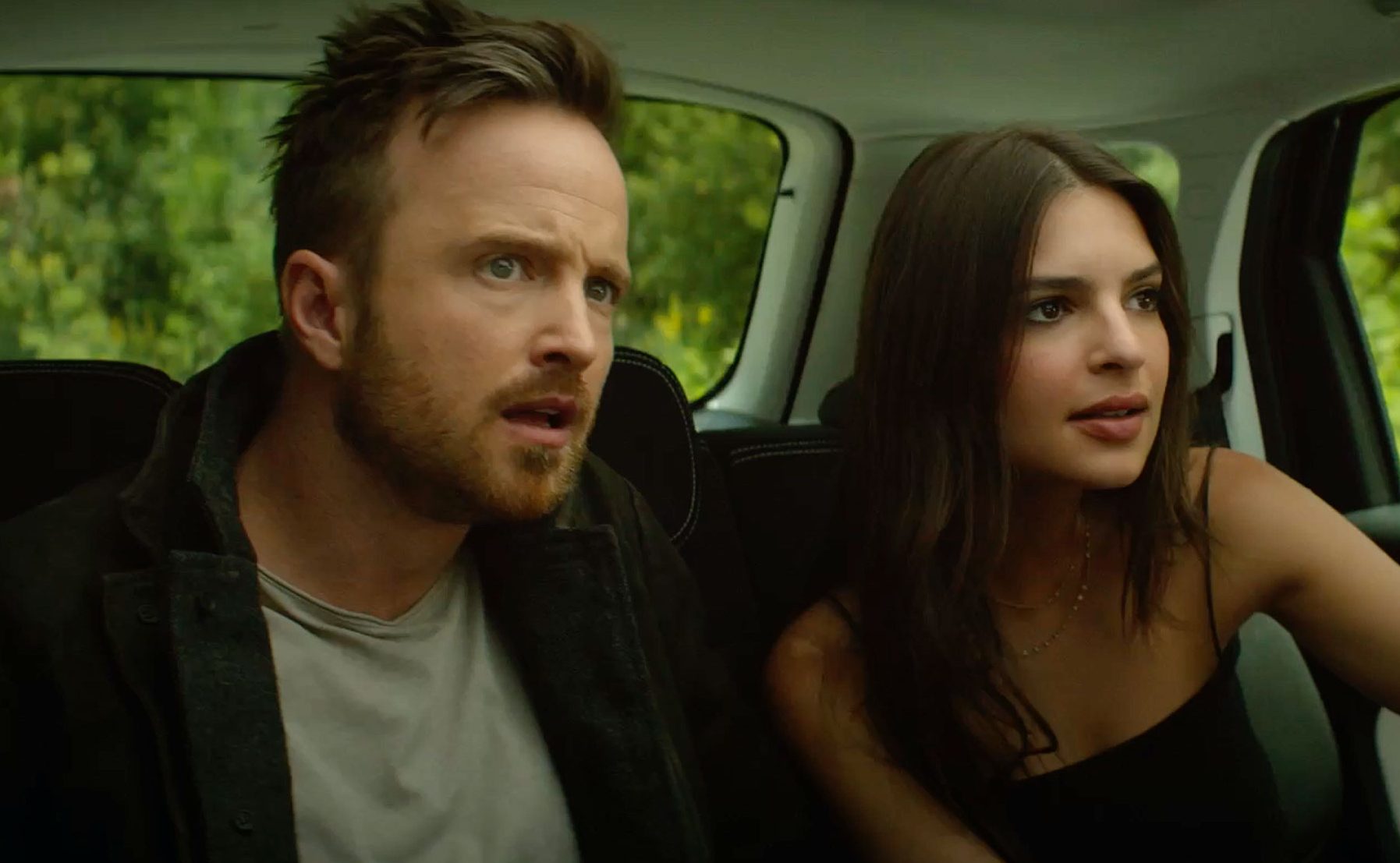 Aaron Paul is best when he is playing an insecure schmendrick. He has this way of getting frustrated and becoming a stuttering prick that seems utterly authentic. Or maybe that was just the character we’ve watched him play for 75 hours.

Emily Ratajkowski is best when she is  getting pretend-arrested at pointless protest marches and posing nude. She’s also pretty good at acting like a spoiled bitch who got her way her whole life because men wanted to fuck her and other women wanted to hang around her in order to leech off her beauty and popularity.

Or may that is just her personality.

In either case, Aaron and Emily are teaming up to re-play the Amanda Knox story in Welcome Home. From the official synopsis:

A couple spend a weekend at a vacation rental home in the Italian countryside in an attempt to repair their relationship, but soon become victims of the homeowner’s sinister plans.

OK, so maybe that is the Amanda Knox case in reverse?

In this extended clip attached to the most recent trailer, Bryan (Aaron Paul) comes home after a night of partying to find that his new friend, the guy he was out partying with all night, has broken The Vegas Accords and given Cassie (Beautiful Idiot) a rundown of the evening’s events.

This snail-eating traitor is played by Riccardo Scamarcio, a veteran of John Wick: Chapter Two and not the kind of guy I’d want around a woman I was trying to “repair” things with, if you gnome sayin.

Naturally, they gonna have to kill him! For the good of the relationship.

Welcome Home is the name of about ten major motion pictures since the 1940s.

I doubt this one is going to make any more of an impact than the previous titles.

No idea why any man would want to see it, really.

Now maybe… if you are dating a young hottie that shops at Forever 21, Steve Madden and Sephora, you might want to put this in to get her excited.

Those kinds of girls get turned on by seeing how far can push an older man. I mean, what would you do to have her tight, nubile body against yours, night after night?

I know that when I watch Welcome Home it will be for just such a purpose. A man does what he has to do to keep beauty in his bed.

Now, dear reader, I know you are asking yourself “What can I do to lead such a life? Such a life of rich reward?” You can start by writing for The Goblin. Talk to Mr. Hunter.