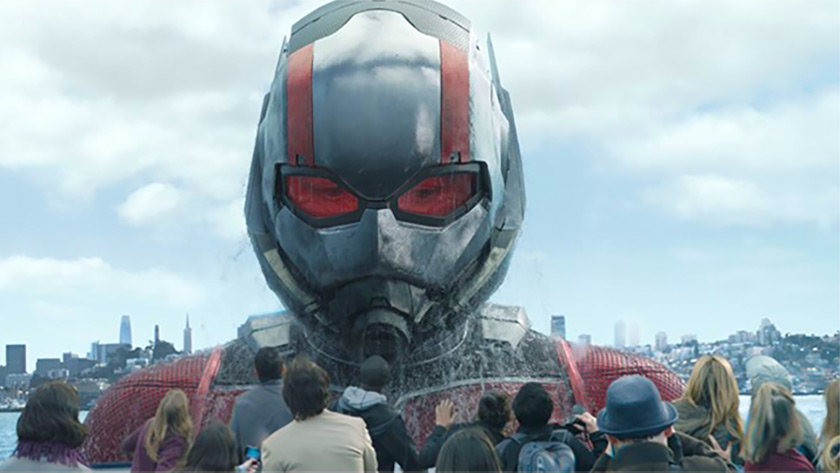 Ok, we’ve all seen Avengers: Infinity War at this point and we all know that something — or someone’s — is missing from the movie. Well some-two’s if you count Hawkeye, which we don’t (no one misses him except his frumpy wife), but I digress.

Apparently, Scott “There’s An Ant-Man?” Lang was on “house arrest” follow that incident at the airport in Captain America: Civil War and just couldn’t make himself small and sneak away to go help his friends, who were trying to save the Universe.

Whatever the reason behind keeping Ant-Man and his Queen-B-Friday on ice we are getting a two hour mega-dose of the micro-duo this summer. With some extra added players:

Hopefully, it’s not another “heist” movie where people heist things by first beating the living hell out of whomever is guarding whatever needs heisting.

The first trailer was filled with a lot of chuckles, a giant Hello Kitty Pez dispenser and that’s about all I remember. Let’s have a look at the second trailer:

Ant-Man And The Wasp will be swarming cineplexes on July 6th.