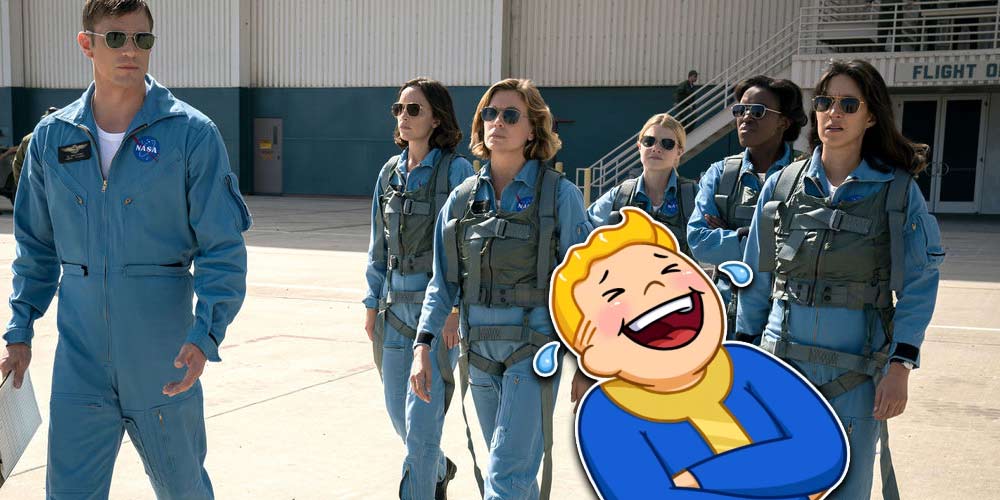 Not content with retconning history to conform to modern sensibilities, Hollywood is now altering the space-time continuum in order to give little girls someone they can look up to.

They call it an aspirational world.

Told through the lives of NASA astronauts, engineers and their families, For All Mankind presents an aspirational world where NASA and the space program remained a priority and a focal point of our hopes and dreams.

You Back? You Done Laughing?

It’s difficult being angry at anything right now, let alone angry enough to finish this article, because this shit has me howling.

Look, if you wanna make a world where they are only sending female astronauts into space you don’t need to jump in a wormhole and quantumly fuck up reality to do it!

Just give them a centuries-long, deep space mission and set it up the fempremacy by saying something about wombs and artificial insemination and psychological tests that show men and women can’t work together in long-term, high-stress situations.

So there is your all-female space crew. Make the twist be that a male baby is born.

Except Hollywood is too dumb and lazy.

So instead what they do is make a duplicate copy of all the tropes from the 1960s space program, right down to the pensive spouse, and just gender-swap it.

Can you imagine that pitch meeting?

I understand that ladies need a space thing where they can steal the male fantasy of explorations and adventure because women-stuff is dumb and boring, but this is a dangerous kind of aspiration.

One has to only look at the track record of women in space to realize that, in reality, it’s really not their thing:

Anyone else noticing a pattern here?

When two female astronauts get together, bad shit seems to happen.

For All Mankind premieres November 1 on the Apple TV app by Apple™ with an Apple TV+ by Apple™ subscription.