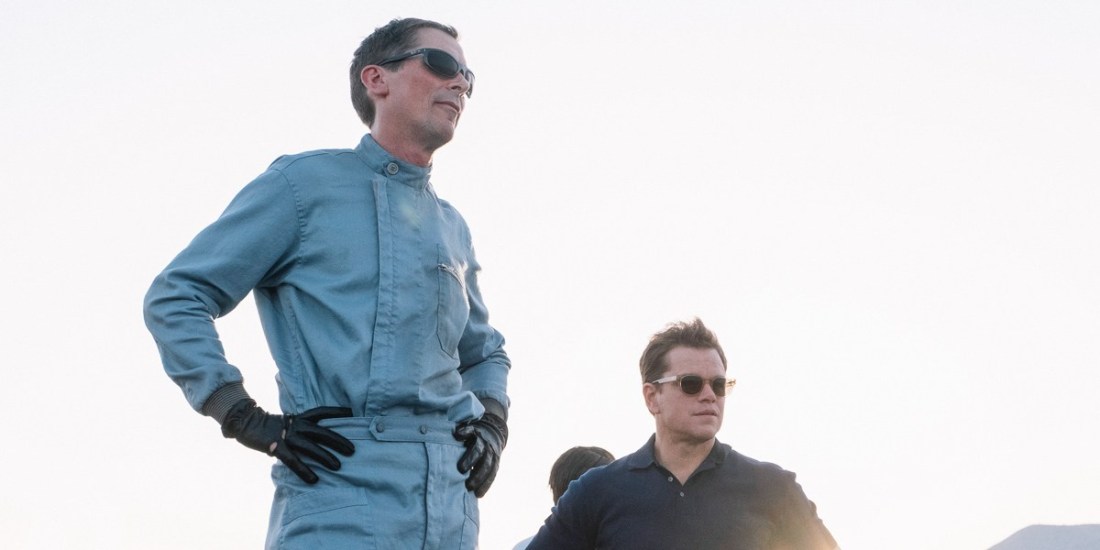 How Long Have We Known Each Other?

Remember when men were men?

Yeah, I don’t either, I was born too late and after all of that had been ground down by feminism.

But 20th Century Fox wants you to remember, with trailer #2 of their November release, Ford vs. Ferrari, directed by James Mangold (Logan and Walk the Line) and written by Jez and John-Henry Butterworth.

This is the story of the relationship between two men, Carroll Shelby and Ken Miles, and their attempt to do the impossible: defeat the pristine vehicles and drivers of Enzo Ferrari at the 4 Hours of Le Mans in France in 1966.

I’m not a fan of Matt Damon (Carroll Shelby), but Christian Bale (Ken Miles) has been putting on powerhouse performances and making substandard actors shine for the better part of thirty years now.

I expect he’ll make the former star of Team America: World Police better in this film, so do yourself a favor and check out the second trailer below:

It’s impossible to beat Ferrari at their own game of designing and building cars that move if you’re the Ford Motor Company, and I would hope that the film would explore more of this dynamic of impossibly long odds and make it less of a show about “people triumphing in the end.”

Because that’s not what happens in real life.

What happens in real life is that Ferrari eats your little Ford for lunch and goes right back to the drawing table to deal with their real problem, Lamborghini and Porsche.

Enzo was wired like that back in the day.

A couple of words about this Shelby cat: The man was married seven times and was getting a divorce on his deathbed in 2012, according to fine propagandists at Wikipedia.

He also fought literally everybody in the car industry and backed down from no one, from Lee Iacocca to the average man on the street who wanted to rip off his unique car designs.

Before he designed cars, he was a poultry farmer and a flight instructor in World War II.

Ken Miles, for his part, died in a rollover accident (although he was driving fast, so I wouldn’t call it an “accident”) at the Riverside International Raceway in Southern California on August 1966.

Dude was also a tank commander in the British Army in World War II.

Clearly, both guys didn’t back down to life, women, other people with more “power” and position than them, and were designed for an era before electric cars, metrosexual beards, and less than 1% of the available American male population serving in the military.

Want to take up 20th Century Fox on their $97.6 million-dollar gambit to get you to remember when men were men, and had multiple careers and happily took their lives their own hands?

Drive your Ferrari (or your Ford, more likely than not) to the theatre on November 15, 2019 and feel the need for speed.