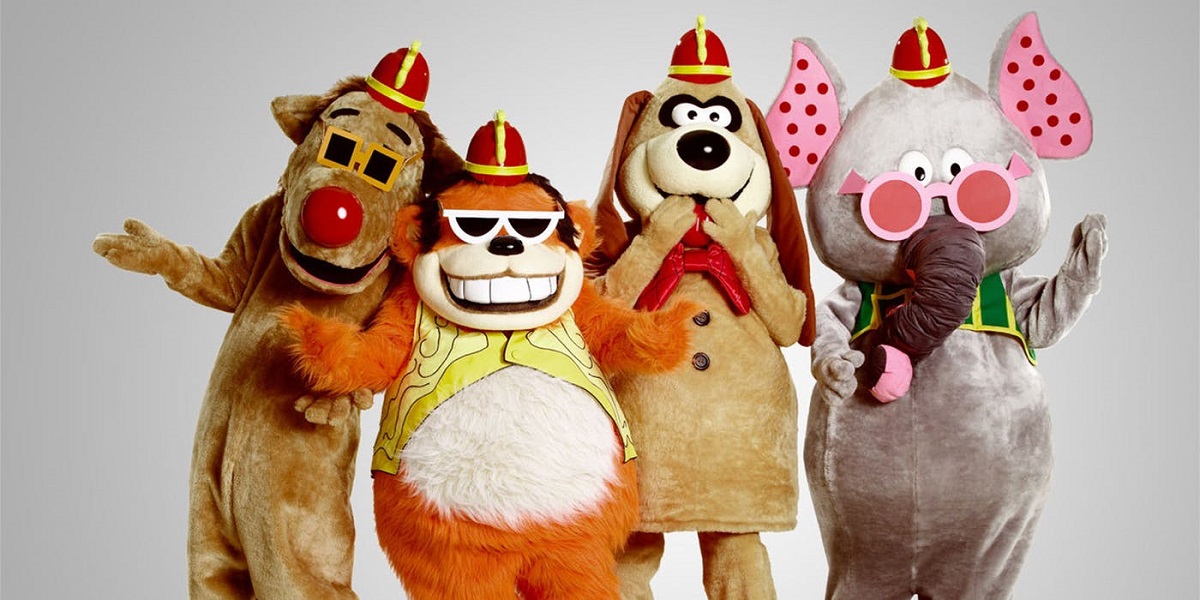 I don’t know what this is supposed to be, but I LOVE IT!

I remember hearing they were going to do a Banana Splits movie a while back and it barely registered.  I wasn’t expecting them to take it in this direction.

Now, that Rian Johnson, is how you subvert expectations!

Warner Bros. Home Entertainment is behind this meta-retooling of the 1960s Saturday morning kids favourite From Hanna-Barberra.  The Banana Splits Adventure Hour was a distant memory for me from the mid-1970s and re-runs.  That tune is ingrained in my childhood memories. 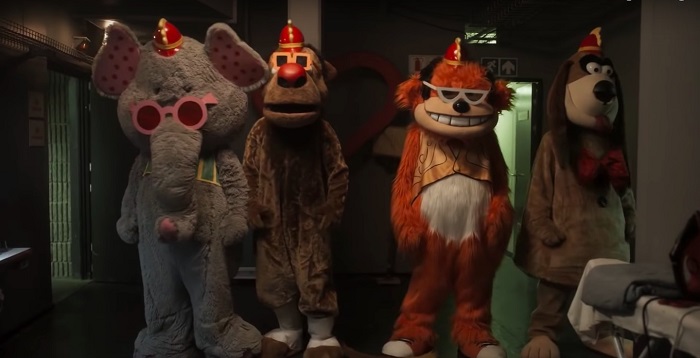 The story follows a boy named Harley, played by Finlay Wojtak-Hissong, who celebrates his birthday by attending a taping of the Banana Splits TV show with his family. Things take a sinister turn, as you can see from the trailer.

Dani Kind is his mother, Sara Canning as the show’s producer, Romeo Carere as his brother and Steve Lund as his father. Jed Elinoff & Scott Thomas are the writers with Danishka Esterhazy directing.

The project will premiere on Syfy later this year followed by a disc and digital release shortly afterward.