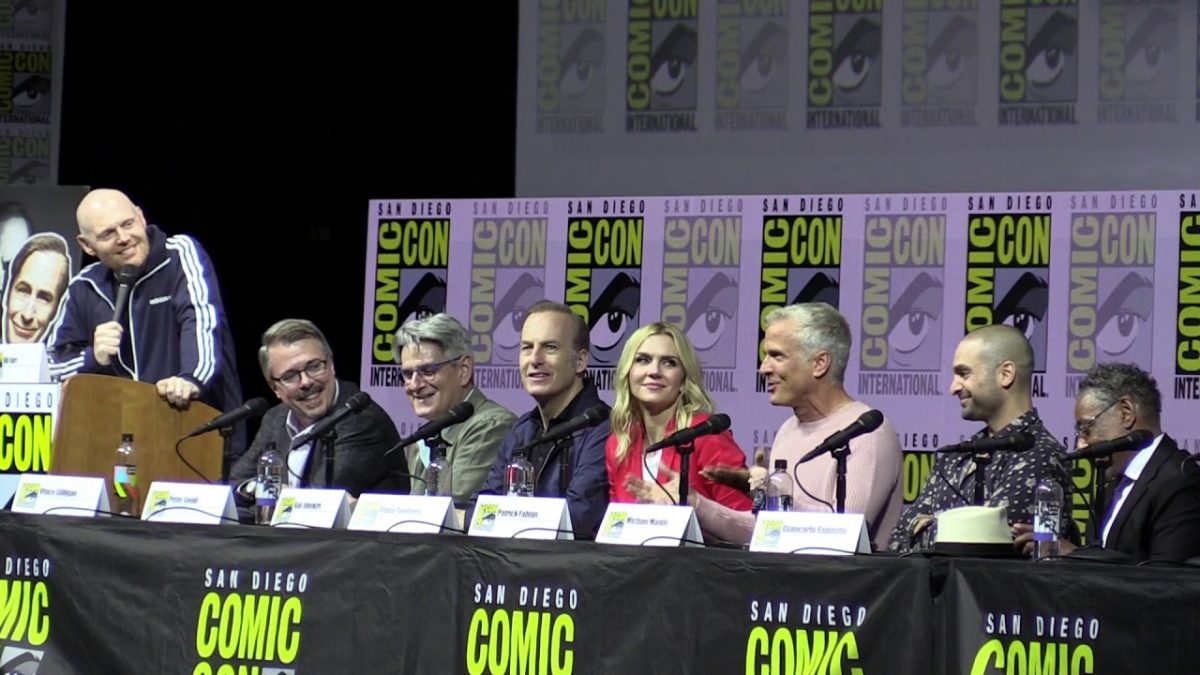 Hints Of Breaking Bad To Begin Bleeding Into Saul

And then duly delivered with this trailer –

The new season will introduce a character that was mentioned but never seen in Gilligan’s first AMC show. At a panel, the Better Call Saul cast revealed that Lalo, who was mentioned by Saul Goodman in the second episode of Breaking Bad‘s second season, will make an appearance in the spin-off show.

Here’s your first look at Tony Dalton as Lalo, the character first mentioned by Saul in his first #BreakingBad episode. Lalo plays a big part of Season 4 of #BetterCallSaul. #sdcc pic.twitter.com/nfBTZYaF4Y

Jonathan Banks’ fan-favorite character Mike Ehrmantraut will be letting go of his day job to embrace the enforcer role we’ve always known him to have on Breaking Bad.

Although the season will continue to feature the evolution of Jimmy McGill into Saul Goodman, the series appears to feature even more ties to its mother series, with appearances from Gus Fring and Los Pollos Hermanos, The Cousins, Lydia and Tio Hector Salamanca.

When asked whether or not fans could expect to see Aaron Paul, who played Jesse Pinkman on Breaking Bad, Bob Odenkirk gave fans the answer they all wanted to hear.

Do you think we will ever see Aaron Paul on the show?
“I do. I’m speaking as a fan. I don’t see how we don’t. Here’s what I know. I know that Hank knows Saul. And I think because of what Jessie says to Walt about needing a criminal lawyer.” -Bob Odenkirk #SDCC #bettercallsaul

He also spoke briefly about his sentiments toward Breaking Bad star Bryan Cranston.

“I do miss Bryan Cranston.
Bryan was the guy who dialed me into the tone of these shows.” -BobOdenkirk #SDCC2018 #bettercallsaul

In addition to Odenkirk and Banks, Better Call Saul stars Rhea Seehorn, Patrick Fabian, and Michael Mando and premieres on AMC in August.