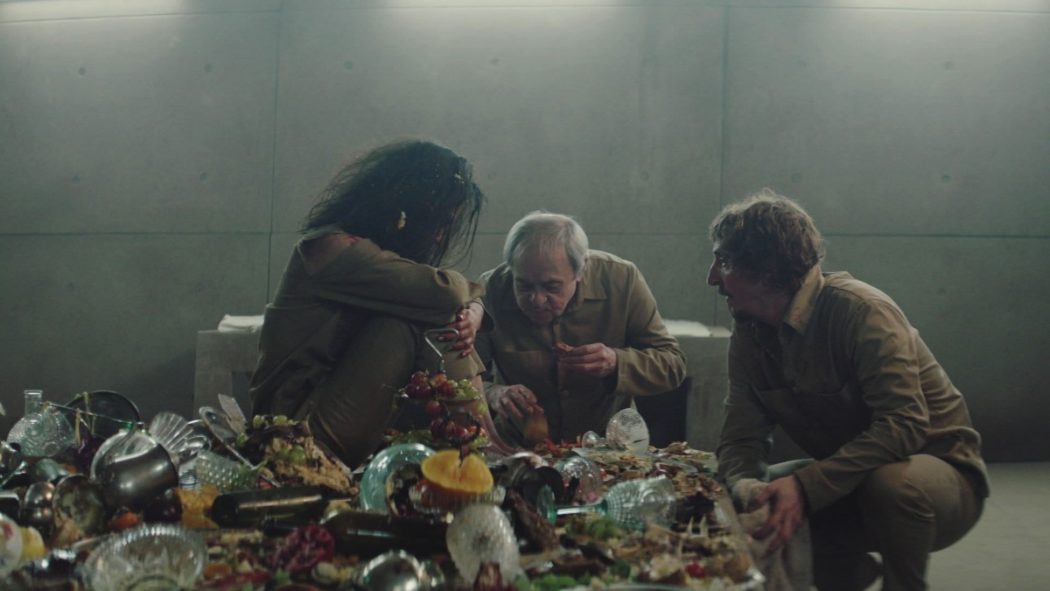 Netflix has just put out a trailer for their new Spanish language prison film The Platform.

Inmates are fed by means of a platform that gradually descends the levels of the tower, ostensibly a fair system if each inmate takes only their fair share of food, but deeply inequitable in practice as inmates at the top levels have the ability to take much more food and leave less for those below them.

The film is directed by Galder Gaztelu-Urrutia and was well received by audiences when it originally debuted at the Toronto International Film Festival in 2019. Netflix scooped up the rights soon after.

The Platform tries to be a clever social experiment that’s an allegory on the haves and have nots in society, hoping to push the class warfare currently going on in the world by having those on top taking from those on the bottom.

Netflix and it woke leadership probably think they have a real thought-provoking piece on their hands.

It’s really not that original an idea though. Didn’t Elysium with Matt Damon try to do the same thing? And how did that one come out?

But you know what? All they’re doing is just prove that criminals are all assholes whose only laws they obey are the laws of the jungle.

Isn’t prisoners only thinking about themselves and not caring about the needs of others pretty much the behavior you would expect from them? I don’t know about you, but I don’t really know too many people locked up their entire lives who have a heart of gold.

Behavior like this is why they are in jail, so it just makes everything going on in the trailer seem even more obvious than it already is.

The Platform debuts on Netflix March 20.