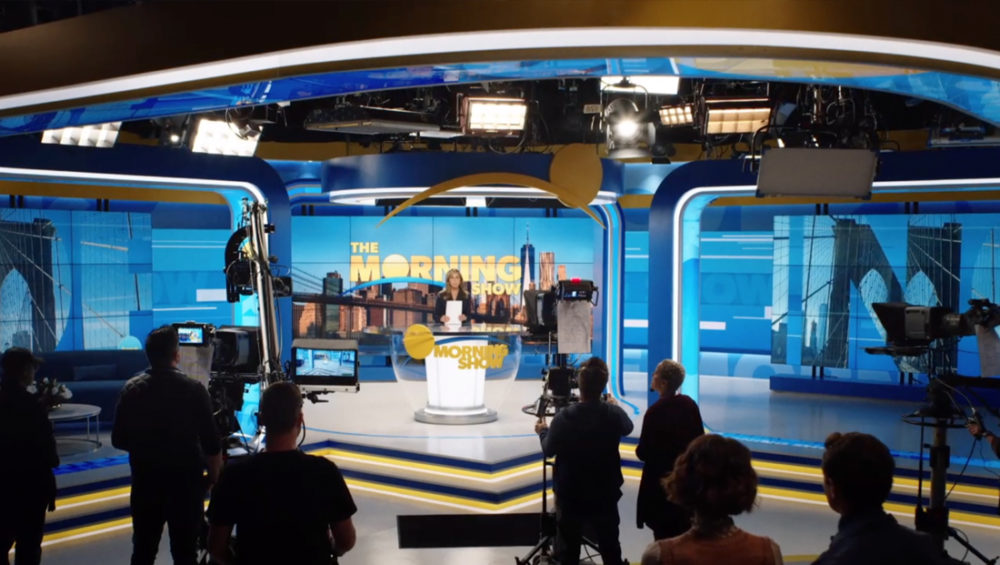 In AppleTV Plus’ The Morning Show, Steve Carell, Jennifer Aniston and Reese Witherspoon play a trio of journos and news broadcasters that head-up something similar to NBC’s Today.

Or similar to the Today when Matt Lauer was having sex with female employees of the show in his securely locked office, because I’m not sure any men work on that broadcast anymore; at least none of the kind of men that Starbucks moms would be late to work over… if you know what I’m saying.

The concept is based on background material from senior CNN media correspondent Brian Stelter’s 2013 book Top of the Morning, which recounted the recent rivalry between Today and ABC’s Good Morning America.

The trailer itself seems to hint at a show that is personality and ego-driven, with each of the main characters attempt to defend themselves at the same time they attack their colleagues. Power, intrigue, backstabbery: sounds like cat-lady heaven.

Is this going to be a powerful, ripped-from-the-headlines drama about how the news business has been corrupted by a reckless President who attacked the sanctity of the press?

You can be sure it will claim to be, while at the same time avoiding insulting its entire audience like the HBO show The Newsroom did back in 2012:

I guess it didn’t insult its entire audience — Norway probably liked it.