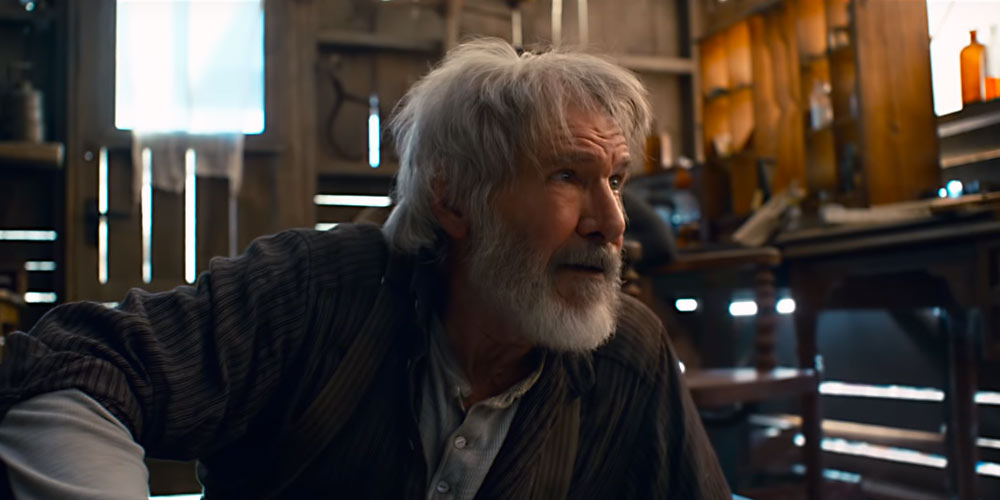 Jack London’s classic novel is being brought back to the screen with Harrison Ford leading the charge as John Thornton in CGI/live-action hybrid.

The Call of the Wild is based on a novella by Jack London and set in Yukon, Canada where London and his brother-in-law sought their fortune during the 1890s Klondike Gold Rush.

Interestingly, the central character is a sled dog named Buck who is stolen from his California home and sold into service as a sled dog in Alaska, where he is forced to fight to survive and dominate other dogs.

By the end, he returns to his feral roots and primordial instincts to emerge as a leader in the wild.

I have never read this story but it’s referenced often enough that I feel like I probably should. There’s a bit of allegory here as well as London uses the story to show how humans are the primary catalyst in the behaviour of animals, both good and bad.

A Tale Of Adaptations

The first adaptation of London’s story was a silent film made in 1923 followed by a “talkie” version in 1935 version starring Clark Gable. Charleton Heston took on the role of John Thornton in 1972 and the Peanuts gang did a spin on in with 1978’s What A Nightmare, Charlie Brown.

Animation seemed to be a better mechanism for the fantastic story as in 1981 Call of the Wild: Howl Buck was released starring the mentionable vocal talents of Bryan Cranston.

The most recent version being a 1997 adaptation called The Call of the Wild: Dog of the Yukon which starred Rutger Hauer and narrated by Richard Dreyfuss.

This version is directed by Chris Sanders (How to Train Your Dragon, The Croods) and written by Micheal Green (Logan, Blade Runner 2049).

Besides Harrison Ford returning to his wheelhouse as the grumpy but loveable old man The Call of The Wild also stars Bradley Whitford, Karen Gillan, Dan Stevens (The Guest) and Omar Sy (X-Men: Days of future past, Jurassic world).

Buck the dog is played by Terry Notary through motion-capture. Notary is legit and has worked steadily since 2000 where he was Movement Coach on the CGI and make up heavy The Grinch. He’s also worked on The Planet of The Apes trilogy, Suicide Squad, The BFG and Avengers: End Game.

Frequent Speilberg collaborator Janusz Kaminski (Ready Player One, War Horse, Saving Private Ryan) has been tapped to do the cinematography so it will look great if nothing else!

Will you answer the call? Paramount will find out on February 21, 2020.