They’re rough, they’re coarse, it seems like they are everywhere.

This time, noted plywood pixie Kristen Stewart is being forced on us as a scientist in the last 20th Century Fox movie ever, Underwater:

A crew of underwater researchers must scramble to safety after an earthquake devastates their subterranean laboratory.

Remember, K-Stew is only 29 and will be with us for at least another 20 years unless you people stop looking at her Fappening photos!

Yes, they are collecting data on that and you’re contributing to her Q-score.

Enough About Wood, What About Movie?

Was the working title of this project Submerged? Ballast? Flotsam?

I don’t care if Monica Bellucci’s ex-husband has a lot of screen time in Underwater, nothing can save the $80 million dollar hack job.

For those of you without the benefits of a Big Brain, Poe’s Law states that is impossible to tell parody from genuine expression.

Ladies and gentlemen, I give you a parody of The Abyss and Aliens:

Weird to see T.J. Miller getting featured and credited in a trailer after calling in a fake bomb threat on a woman who refused his advances aboard an Acela train.

Maybe this movie was shelved for a long time with the Disney buyout of 20th Century? 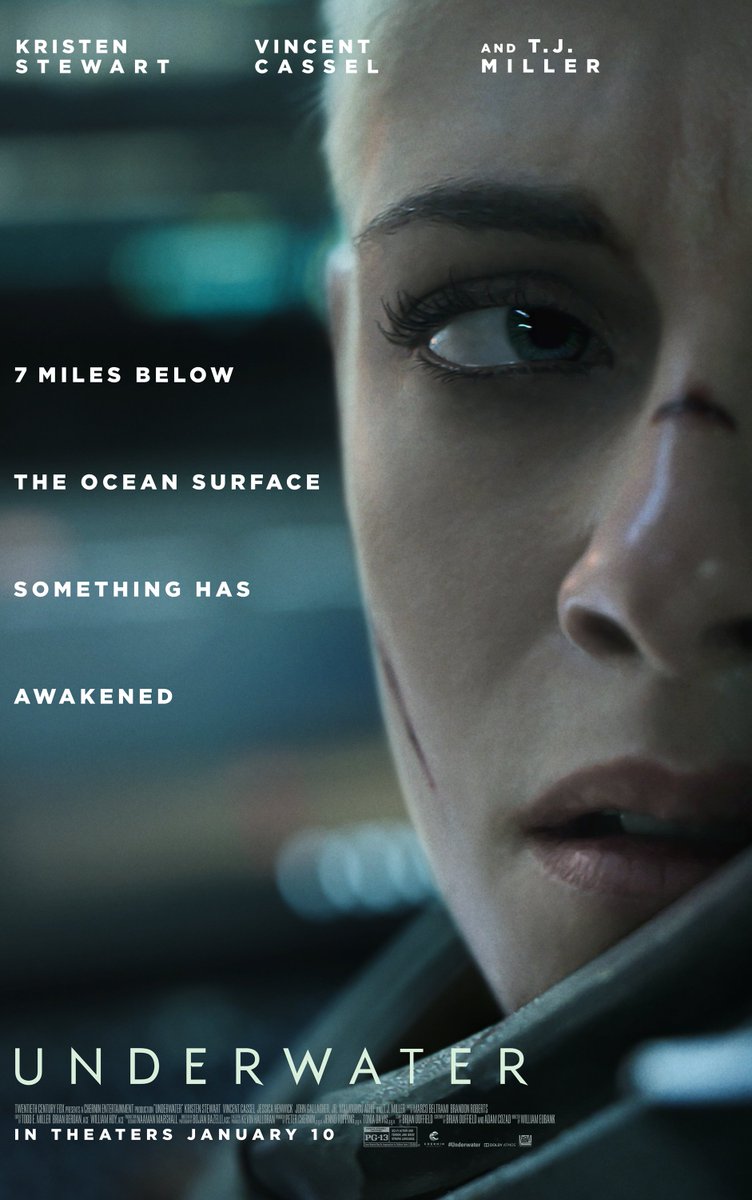