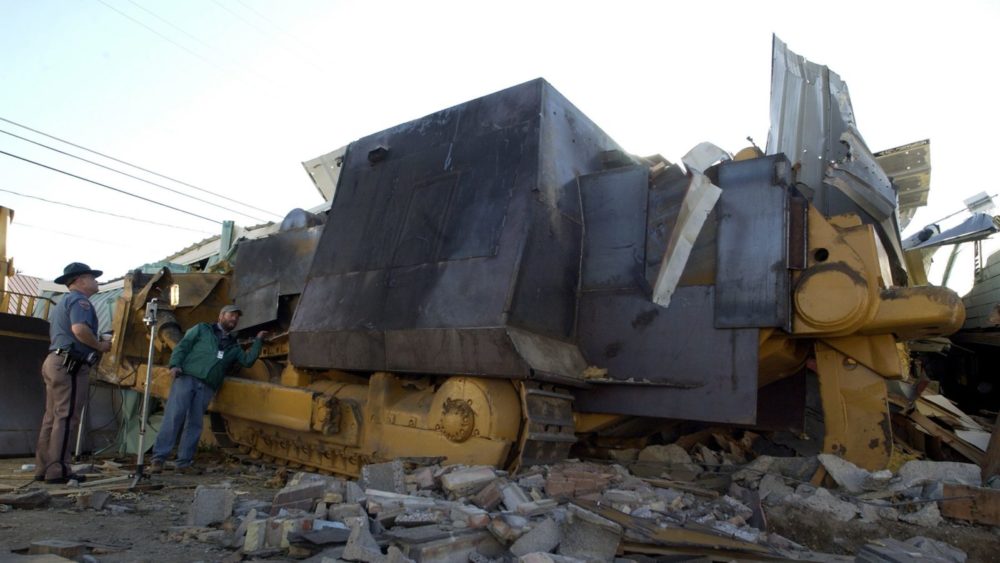 Remember the Killdozer from a few years back? Some dude who made a tank in his garage and used it to take down the town he lived in?

It was a pretty big meme for a while. Maybe this one will help jog your memory.

For those who don’t remember, Marvin Heemeyer was a welder and automobile repairman from Colorado who was having disputes with his corrupt local government over zoning issues regarding a cement factory that was opening next to his shop.

The factory was blocking access to his business. Instead of helping him out local politicians instead fined him for sewer violations the cement factory was causing.

Not being able to take it anymore, he secretly modified a bulldozer into a bulletproof tank and took out his frustrations on the town. First by leveling the concrete factory, then by taking down buildings owned by the politicians who refused to help him.

Fifteen years after the incident a documentary is being released which gets into all the sorted details behind what happened that day.

Even though most of the internet views this as a very happy tale of the little man finally getting revenge, it’s actually very tragic and ended with Heemeyer killing himself after all the damage he committed.

Fortunately, his was the only death that resulted from his rampage. Despite being unstoppable to local law enforcement, he made it a point to only do property damage and not harm any actually individuals.

The film originally debuted at this year’s SXSW Film festival.