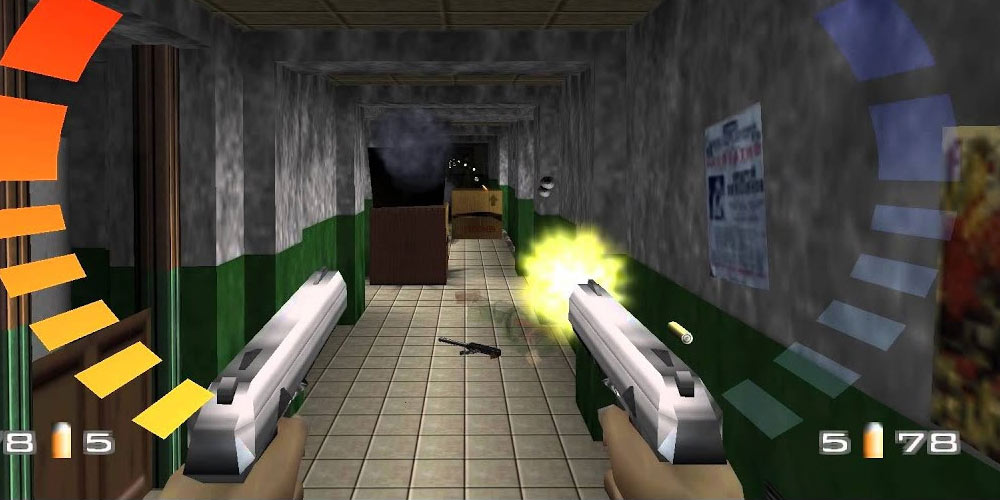 In August of 1997, two games debuted on the N64: Tetrisphere, a 3D version of the Russian puzzle game of the 1980s that was ported from the Atari Jaguar platform, and the completely unheralded Goldeneye 007.

While the N64 had several platform-making titles including Ocarina Of Time, Starfox 64 and World Cup 98, Goldeneye was the first game to not only bring the first-person-shooter genre onto the platform but to also significantly evolve the experience.

Needless to say, the lives of gamers were immediately and permanently changed.

Now, there is a documentary about it. From the official summary:

GoldenEye 007 holds a special place in gaming history as well as the hearts of gamers everywhere. The highest selling FPS ever for 8 years running with over 8 million copies sold, its groundbreaking single player and massively popular multiplayer dominated living rooms all around the world.

GoldenEye redefined the gaming industry- and its impact on game design and philosophy are still felt to this day. For the first time, the story of how such a groundbreaking title was made by a tiny, untested team, and unleashed on an unsuspecting public, is revealed in a creation story like no other.

I had no idea that Goldeneye was the highest selling FPS for 8 years.

Then again, how could I have?

The trailer itself contains a lot more boasting and boosterizing:

They made it a game about a guy with guns shooting people and then they threw in some fun time tank-driving time to be better than you expected!

GoldenEra, a documentary about one of the best video games ever, is going to be released somewhere at some time.

Film Goblin HQ will keep you up to date with the latest communiques. Until your hear from us you can keep up with the movie on its website: goldenerafilm.com.