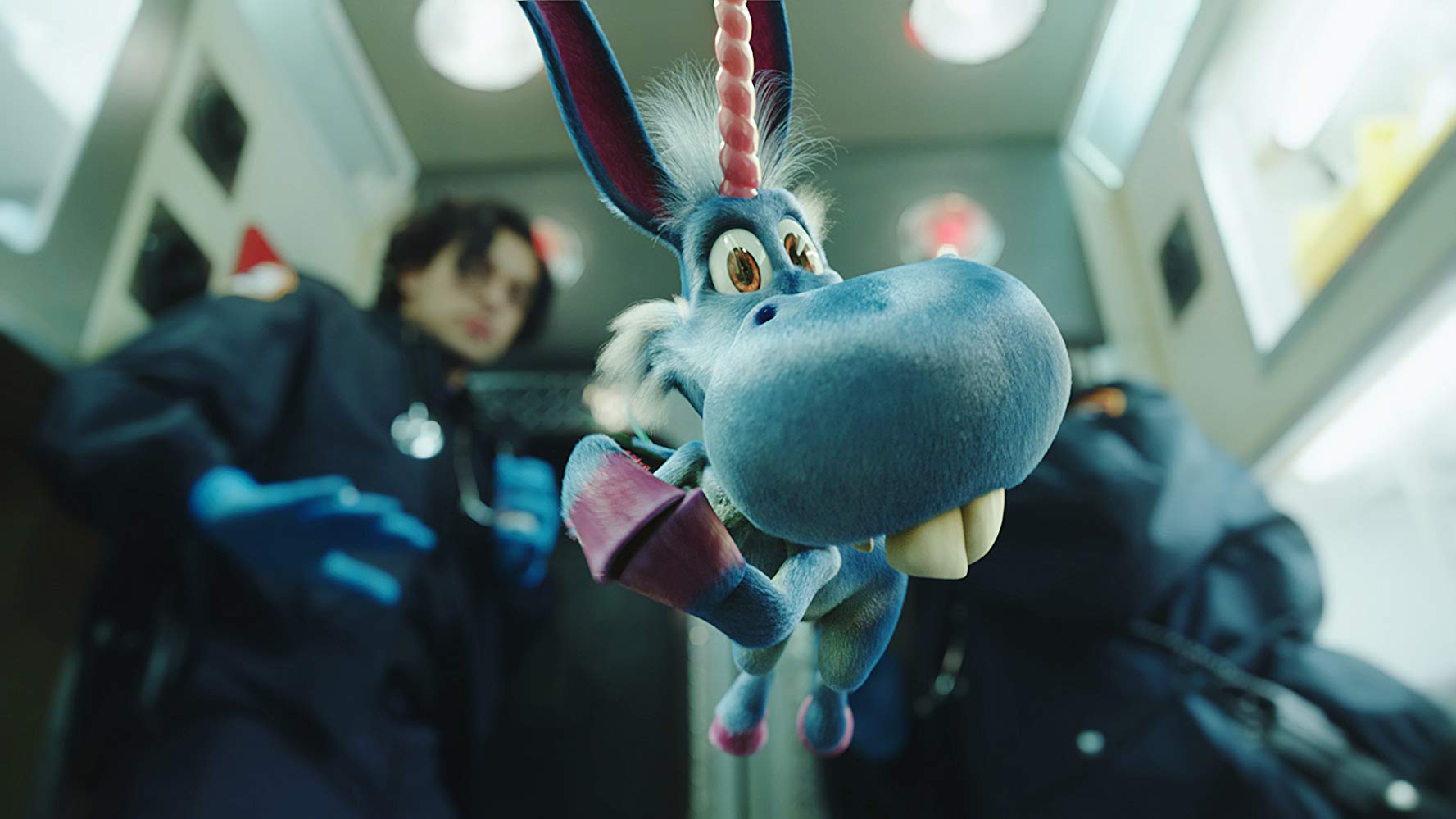 Season 2 of Happy! will be unleashed this Wednesday. For those of you that have heard of this insane show should go find season one right now. 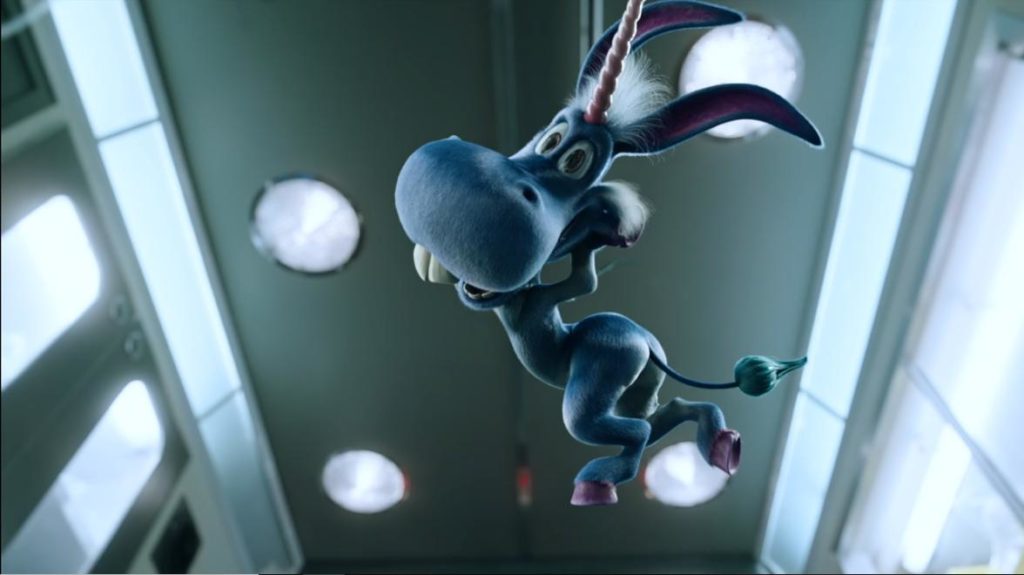 Created by DC Comics scribe Grant Morrison and Brian Taylor (writer of the Crank movies), Happy! is like a mashup of Crank and Who Framed Roger Rabbit. This one is NOT for the kiddies folks! Not really wife friendly, nor those that have an aversion to blood. This show is soaked in it. It is one batshit crazy show.

“If people thought this season was crazy, I can’t wait for fans to see what Grant Morrison, Brian Taylor and the entire cast and crew have in store for Sax and Happy!” 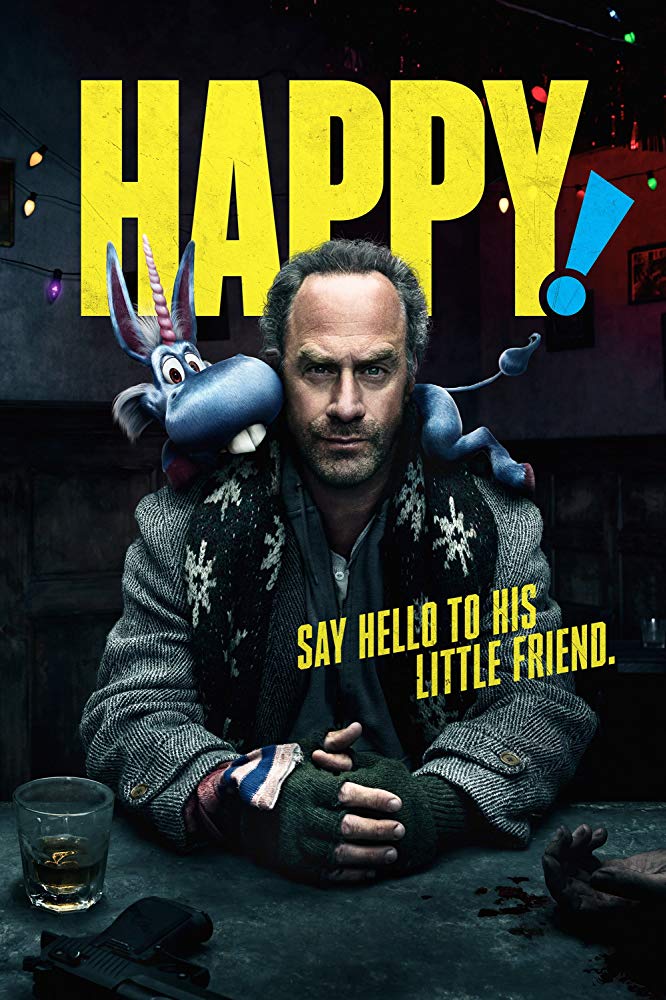