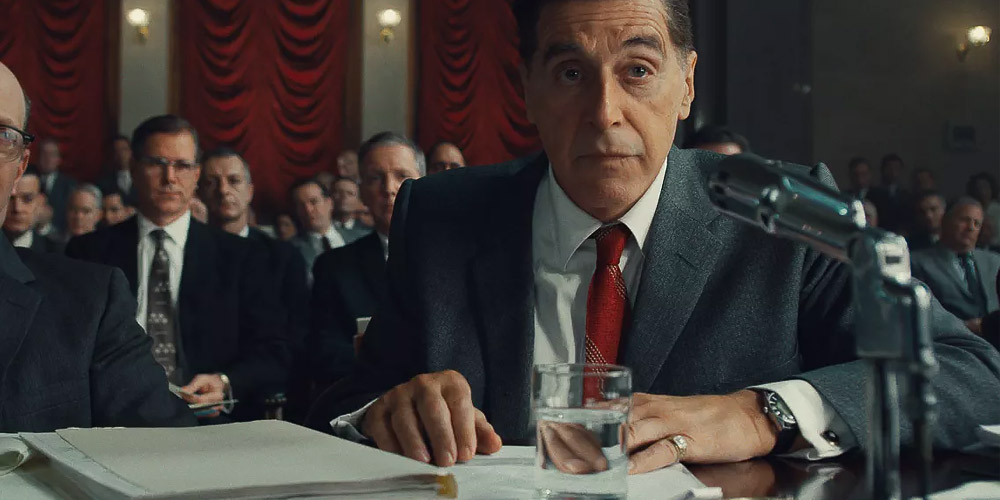 Look, everyone is going to watch this movie. If you’re not watching this movie, then you’re probably someone who thinks that The Russo Brothers are great directors.

But I’m not sure how good it’s going to be.

Yes, I’m well aware that The Irishman has a perfect rating on Rotten Tomatoes but then again Knives Out also has a — what? What did you say?

Who is this person who criticizes Scorcese as if he needed their advice?

I’ve read his review and Mr. Topel raises a lot of the same issues that this clip also might raise in the mind of the viewer. Take a look, come back and we can discuss:

First, great to see Stephen Graham playing Tony Provenzano, who used his job as Teamsters vice president to take union funds for his personal use.

Second, the CGI de-aging looks perfect, at least on my laptop.

Next, the writing is great. Steve Zaillian, the writer of Schindler’s List, Clear And Present Danger, Gangs Of New York and Moneyball, always delivers very clear characterizations and dialogue that keeps my attention.

I don’t like how repetitive and drawn out this scene seems to be.

Apparently the movie is 3 and 1/2 hours long.

I wonder if most of that length comes from these kinds of casual scenes?

I’m going to err on the side of appetizer. It’s Scorcese and about a dozen great old-school actors doing something that is anti-woke and it’s still getting great reviews.

Netflix is sending The Irishman into theaters November 1 before it drops on Netflix November 27.