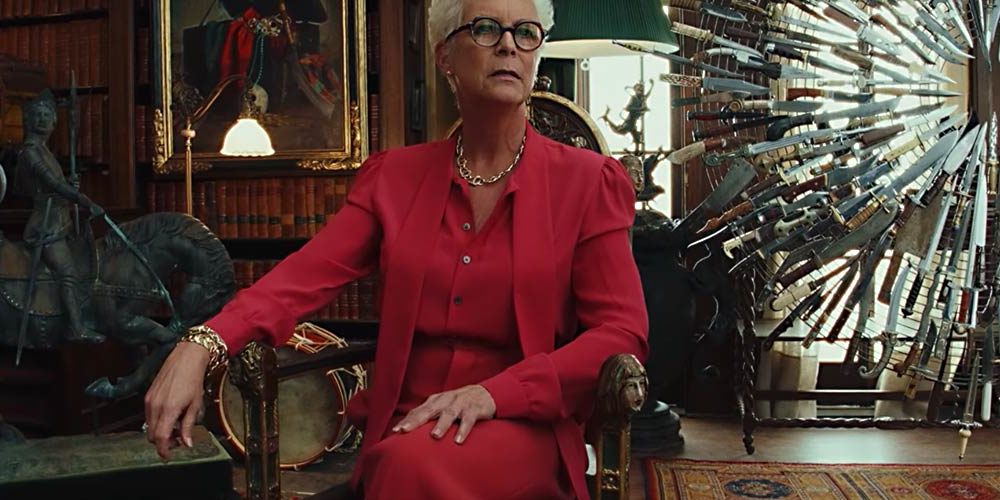 On one hand, it’s an alt-life, “Orange Man Bad”, attack piece that virulently rootless cosmopolitan film bloggers have hoisted as their war flag against flyover country.

On the other hand, what about the critics at Hollywood Reporter, Variety, etc? They aren’t going to sell out their credentials as serious film journalists by supporting a terrible movie just for its politics, right?

On one hand, Lion’s Gate is spending a lot more money marketing Knives Out than they do with other pictures, especially when one considers that this movie in no way could be considered Oscar bait.

They must have test data showing that audiences loved it to drop all this cash on the contest, the video shorts, the character posters, etc.

Otherwise, they would just do what other movies have done, which is shows us endless clips from their terrible movie.

On the other hand, they have just released some official clips and now I am ready to render my judgment.

Maybe They Get Better?

No, They Don’t Get Better

Well, now we know. This is a boring, dumb movie with a bunch of mid-tier actors trying to be taken seriously.

I don’t see how anyone is going to see these clips and be compelled to show up in the theater for Knives Out.

This movie will fail, and fail badly.

Then Rian Johnson will be forgotten by anyone and everyone who ever cared about him before The Last Jedi.

At Least We’re Getting Some Laughs