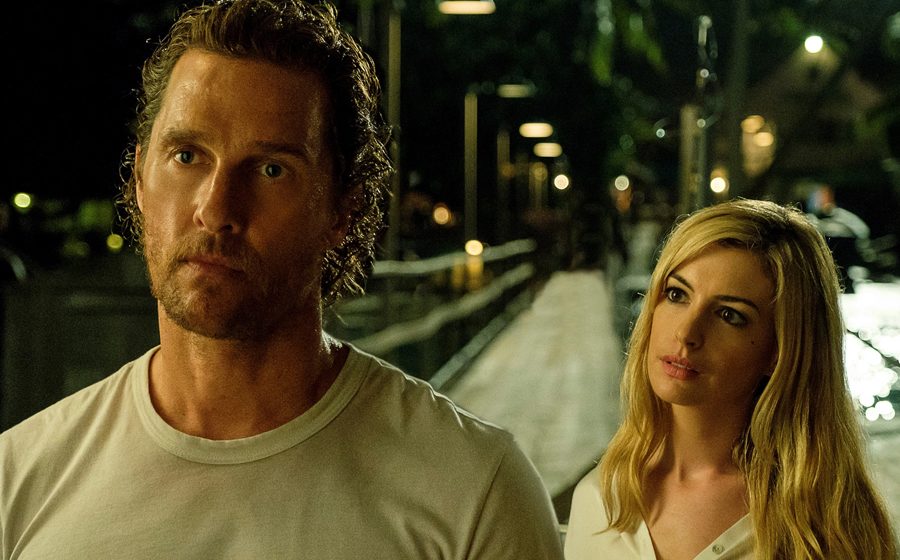 Body Heat is one of my favorite movies. The noir dialogue, the pot-boiler plot, the quirky character touches (a prancing Ted Danson?), Hurt’s bush-league lech, Turner’s smouldering Matty Walker; it all adds up to something really special.

If you haven’t seen the movie, I recommend you check it out immediately or at least before you take in this latest homage to that 1981 masterpiece.

In Serenity, the star-crossed co-pilots from Interstellar, Matthew Mcconaughey and Anne Hathaway, are reunited in another installment of the old “Can I Ask You To Kill My Abusive Husband And You Not Think It’s A Trap?” yarn.

Mcconaughey and Hathaway are fine actors and their chemistry in Nolan’s 2014 time-bending, space-travel epic is palpable but this story is just played.

Does all of this sound very familiar? I wonder why?

Yeah, he actually drops the name of his new movie in the commercial that just so happened to come out right at the same time as the trailer for said new movie. This is shameless shit, Matt.

Don’t get me wrong, I enjoy Mcconaughey’s throaty, world-weary approach to material as much as anyone but unless they sprinkle some more intrigue salt in the next trailer it’s a hard pass from me.

So fook this movie and instead enjoy a three-minute masterclass in the timeless art of seduction:

Incidentally, I believe this is Lawrence Kasdan’s only film for which he received solitary writing and directing credit. What a shame his swan song will be the detestable Solo: A Star Wars Story.