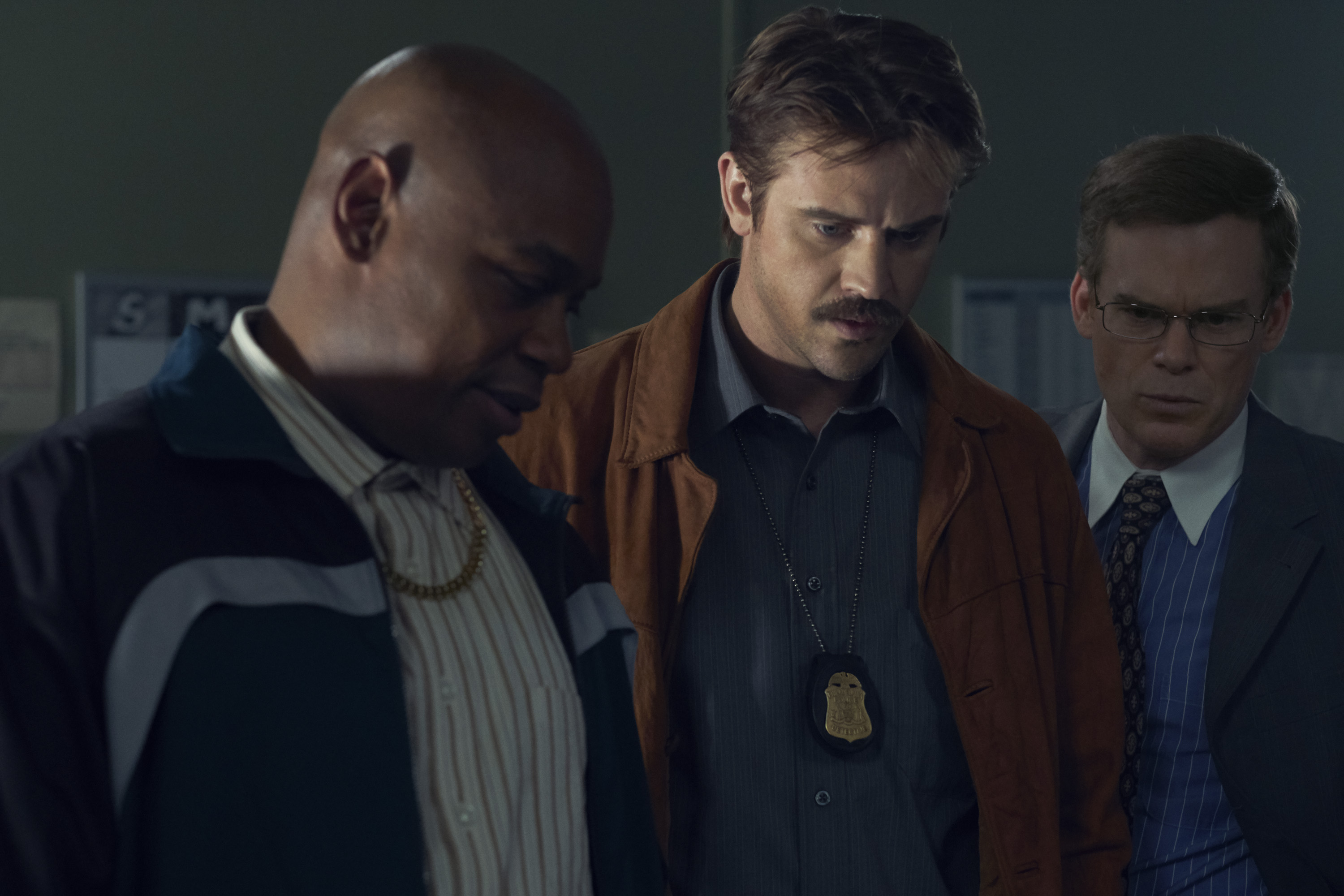 There used to be a fine art to cutting a trailer.

Then about twenty years ago or so, much like with a lot of other things, that fine art all went to hell.

And so, in 2019, we have the recently released trailer for In the Shadow of the Moon, a film that, if you look only at the title, might be about the Apollo Moon missions from 50 years ago this year.

Which you can tell what the entire plot is about the end of 1:00 into the trailer itself.

From the Studio That Brought You Bright…

I don’t know what I was expecting, but my expectations were raised and then quickly dashed.

So, let’s go to the details and synopsis.

In the Shadow of The Moon, directed by Jim Mickle (Hap and Leonard) and starring Boyd Holbrooke (Narcos and Logan) and Michael C. Hall (Dexter and Six Feet Under) is the story of a woman time traveling to stop…something bad from happening to someone in some variation of the future.

Or, whatever the synopsis says:

A Philadelphia detective slowly unravels as he nurses a lifelong obsession with an enigmatic female serial killer whose crimes defy explanation.

You explained the whole damn plot — and the twist — in the trailer.

Netflix Needs to Get Its Act Together

On the one hand, you could say that Netflix is intentionally throwing spaghetti at the wall in the form of acquiring IP (Seinfeld), making films with established directors (The Irishman), and promoting and pushing outré stand-up specials (Paper Tiger and Sticks and Stones) in the vain, corporate hope, that all that throwing will make subscribers stick.

After watching this trailer and tracking the moves of Netflix over the past few months I think both theses are equally valid and equally true.

All I know is that Netflix corporate better start shelling out for a throwback trailer artist to cut promos if they want either of my eyeballs on any of their original films.

In the Shadow of the Moon, produced and distributed by Netflix, from a script by Gregory Weidman and Geoff Tock, will appear on the platform after premiering at Fantastic Fest on September 21st, and be remembered only as déjà vu, and dismissed just as quickly. You might as well prepare to get your brain “flashy-thingy-ied” after In the Shadow of the Moon drops on Netflix on September 27th, but it’s ok, you won’t remember it anyway.