The Beastie Boys are coming to Apple TV+ by way of a new documentary directed by Spike Jonze.

Mike Diamond and Adam Horovitz of Beastie Boys tell you an intimate, personal story of their band, and their 40 years of friendship together.

Beastie Boys Story will explore the history of the band in an untraditional way. Instead of a standard sit-down interview with the surviving members of the band (founding member MCA died of cancer in 2012) The Beastie Boys will tell their story by interacting with an audience at the theater the documentary was shot at.

One of the most influential bands in the last 40 years, their first album License To Ill helped pave the way for rap to enter the mainstream and made it cool for white kids in the suburbs. It was impossible to ride a school bus in 1984 without everyone busting out into “Fight For Your Right”, the video for which is one of the most iconic ever.

Their second album, Paul’s Boutique, was not well received upon release but has since gained popularity as one of their best efforts.

They are now members of the Rock And Roll Hall of Fame.

This is not the first collaboration between the Beastie Boys and Spike Jonze. He directed a number of videos for them over the years, the most well known being the award-winning “Sabotage”.

Beastie Boys Story will debut first on IMAX theaters on April 2, then if we’re not all dead by then, Apple TV+ on April 24. 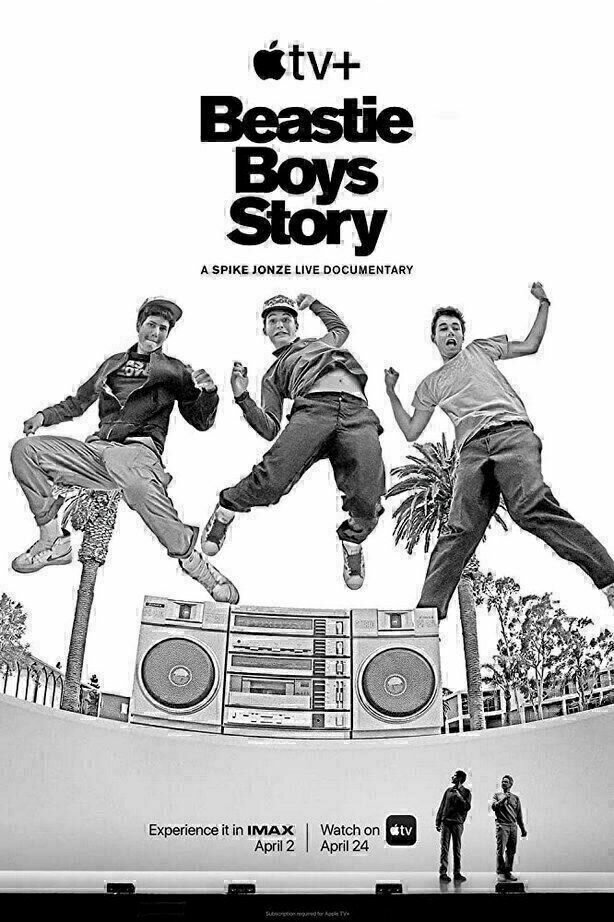