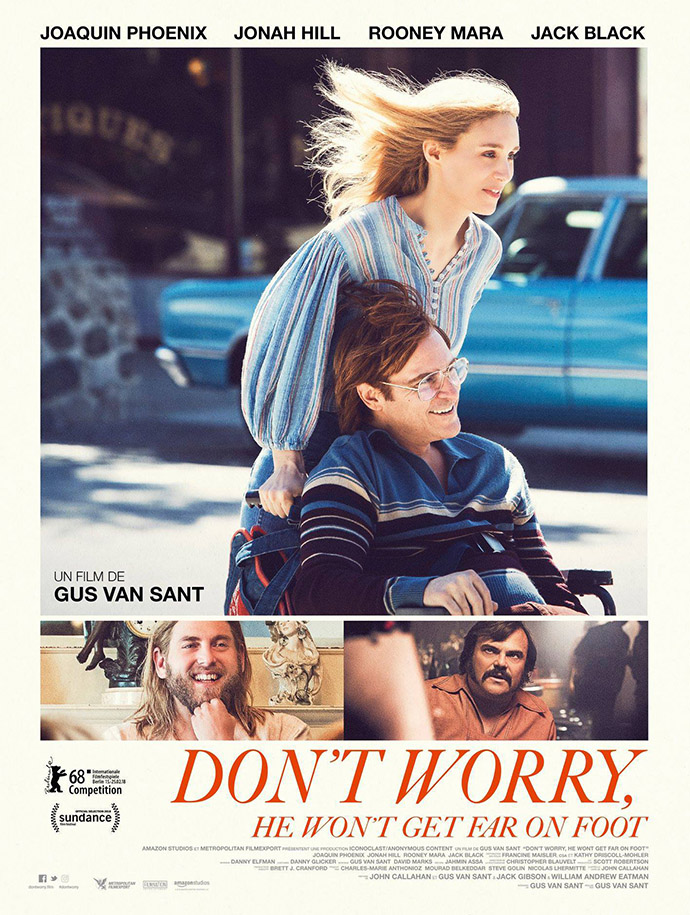 Don’t Worry, He Won’t Get Far On Foot, The latest from filmmaker Gus Van Sant (Drug Store Cowboy, Goodwill Hunting, Milk) stars Joaquin Phoenix – fresh from his critically heralded role in You Were Never Really Here – As John Callahan, who at the age of 21 is left a quadriplegic after a car accident. The film covers the period of Callahan’s life in which he struggled with alcohol abuse and discovered his passion for drawing that ultimately gave him the strength to carry on and garner a national following for his work as a cartoonist.

You can check out the trailer here:

Be sure to bookmark us at FilmGoblin.Com to stay in the know.