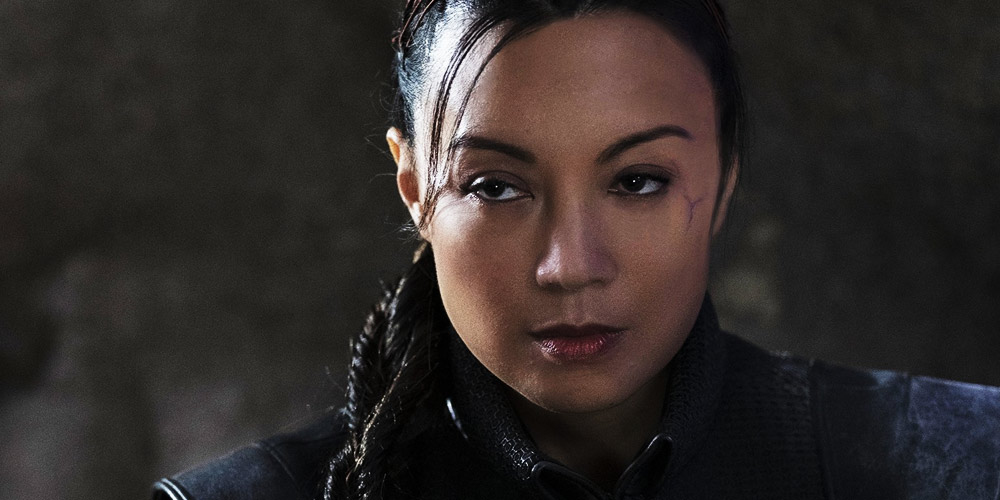 But like Catwoman, most fanboys are adaptable and will just pretend like they are cool with yet another female character taking over their treehouse.

Speaking of female characters ruining Star Wars, there is yet another one in The Mandalorian. This time it’s an Asian assassin lady who is named after a fox.

Pretty cool fight scene with that Reek from Attack Of The Clones. Also, you get to hear Nick Nolte doing the voice of whatever alien that is — an Ugnaught?

According to Ming-Na Wen, the actress who plays Shand, the character is actually and literally named after a fox:

“We got our inspiration really from the name. The idea of a fennec fox came to mind. She’s tricky, and yet she’s able to maneuver and survive, and be stealthy — so very graceful and agile. I just love that whole image with the name.”

Ming-Na Wen has been around the game for a long time — a long time — having starred as Chung-Li all the way back in 1994’s Streetfighter.

I agree. Get yourself a waifu, incel. It will be the best decision you’ve made since you chickened out of your first Grindr date.

No, Ming-Na Wen Is Not The Mandalorian

Because The Mandalorian is not just a normal bounty hunter.

The Mandalorian is a Jedi.

You know I’m right. And Ahsoka is going to be played by:

Just fucking with you!

About the Brie Larson part.

The Mandalorian is Ahsoka.

And Ahsoka will be played by:

This is the most fun I’ve had with Star Wars since Rogue Squadron!