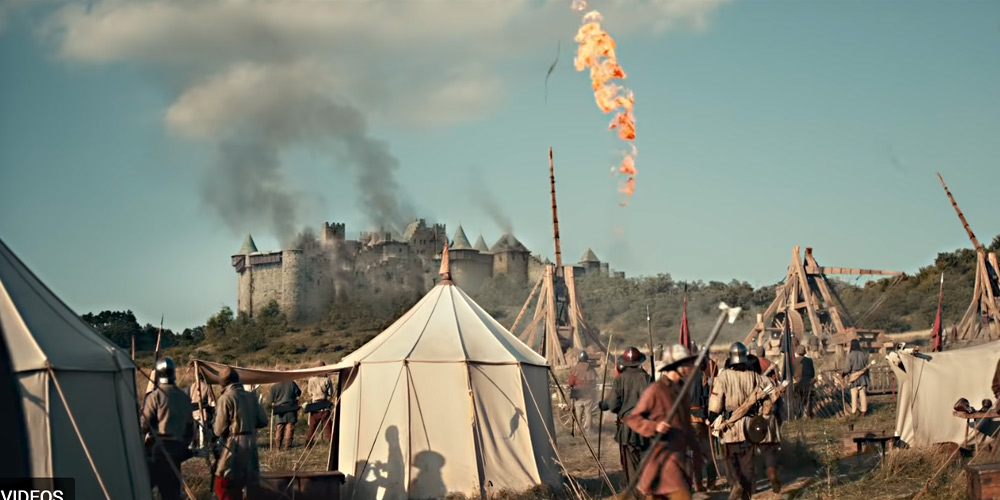 No Idea What That Means

One of the Goblins said the term was trending on Twitter vis-a-vis this trailer.

According to the Urban Dictionary, a “thirst-trap” is:

A sexy photograph or flirty message posted on social media for the intent of causing others to publicly profess their attraction. This is done not to actually respond or satisfy any of this attraction, but to feed the posters ego or need for attention, at the expense of the time, reputation and sexual frustration of those who view the image or reply.

Decide for yourself if you wish to publicly profess your undying infatuation for Robert Pattinson based upon his luscious locks:

I swear every single one of these Netflix movies is a massive, expensive ensemble piece that isn’t about anything.

Oh, I know what the summary is:

Hal, wayward prince and reluctant heir to the English throne, has turned his back on royal life and is living among the people. But when his tyrannical father dies, Hal is crowned King Henry V and is forced to embrace the life he had previously tried to escape. Now the young king must navigate the palace politics, chaos and war his father left behind, and the emotional strings of his past life — including his relationship with his closest friend and mentor, the aging alcoholic knight, John Falstaff.

More of this “navigating” bullshit.

When it comes to drama, navigating is right next to “exploring.”

What it really about?

What is the main character’s one burning desire?

Braveheart was about a man fighting for the freedom of his country.

Gladiator was about a man out to avenge the death of his family.

What is this Hal’s journey? Is he off to conquer France?

Is he questing to get a whiff of The Dauphin of France’s flowing mane?

The King will bore the hell out of you Fall 2019 on Netflix — which is a joke.