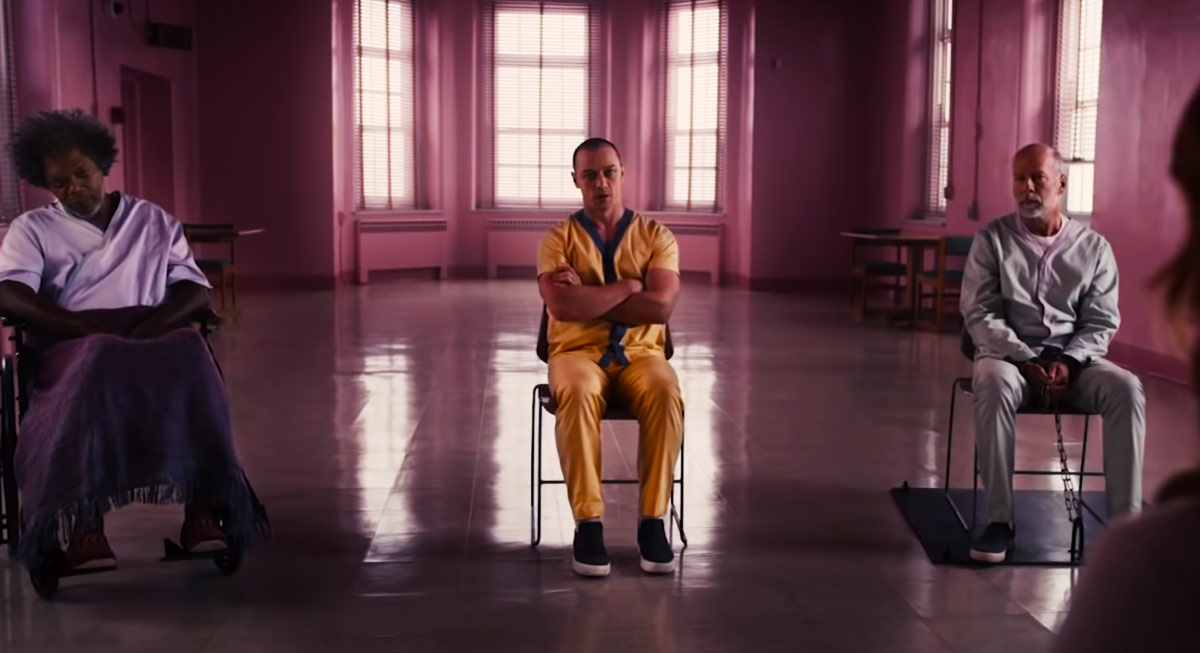 “I Have Been Waiting For The World To See That We Exist.”

This could be the biggest San Diego Comic-Con news for us here at Film Goblin… the trailer for the fusion sequel to M. Night Shyamalan’s Unbreakable and Split is here, and it lives up to the hype that’s been building since Shyamalan first teased the sequel with this tweet.

Of the film, Shyamalan said, “Finally, the thriller genre and the comic book genre have come together,” calling Glass “the first fully grounded superhero movie.”

I don’t know but I though that Unbreakable, one of the best films of the 2000s, was pretty damn well-grounded!

It’s clear that Glass will live up to its predecessors and we’ll finally get to experience all of the implications of the reveal that Unbreakable and Split are part of a shared universe.

Glass hits theaters on Jan. 18, 2019. Until then, enjoy a couple great moments from two of M. Night Shyamalan’s best films: