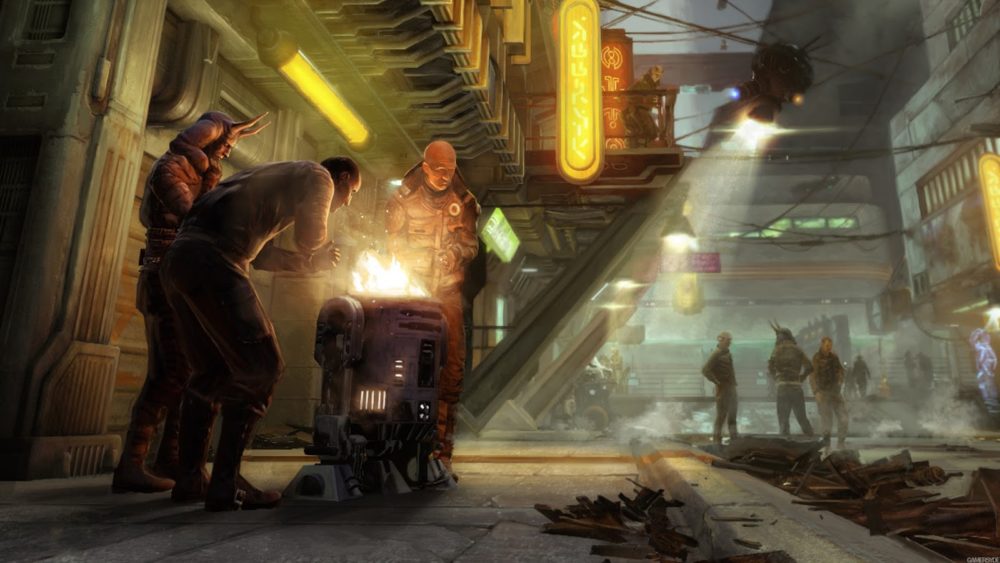 The YouTube channel • holonet • has posted a ten-minute video which it says is test footage shot for the show and gives a glimpse into what might have been.

If it’s not real, it’s a really good fake. Kind of hard to believe a fan film would be able to put together the behind the scenes footage attached to the end.

Even though some concept art for the show has made its way online over time, this is the first time any actual footage has been seen.

Star Wars: Underworld was a show created by Lucas prior to the sale of LucasFilm to Disney that would have taken place after the events of Revenge of The Sith and revolved around the dark criminal world that took place in the lower levels of the planet Coruscant.

Lucas had put together a rather large writing staff and the show got pretty far into development. A number of episodes had been written, but Lucas wanted the show to have the same production standards as the films, so he put production on hold until he could figure out a way to bring down the budget to a manageable and cost-efficient level.

After Disney took over the show was canceled.

“We have to figure out how to make it at about a tenth of the cost of the features, because it’s television. We are working toward that, and we continue to work towards that. We will get there at some point. It’s just a very difficult process. Obviously, when we do figure this problem out, it will dramatically effect features, because feature films are costing between $250 to $350 million. When we figure this out, they will be able to make a feature film for $50 million.“

You can certainly see Lucas’ influence in the footage. It has a lot of layers of action going on in the background which became a staple of the filmmaker starting around the time that he put the Star Wars: Special Editions together. Clearly it has a much bigger scope in mind than The Mandalorian does.

Even though Underworld did not become a series, a number of ideas from it wound up being used elsewhere such as The Force Unleashed game. Saw Gerrera, Forest Whitaker’s character from Rogue One, was originally created by Lucas for the show. 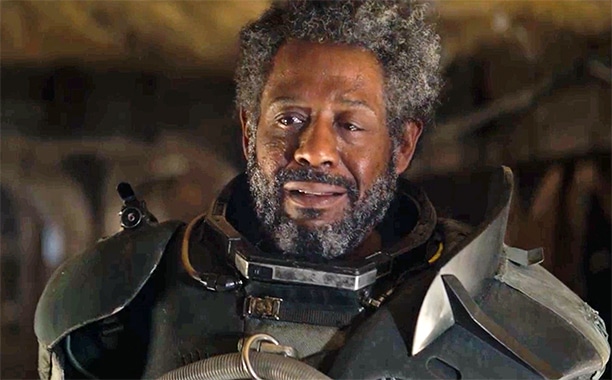 Check it out before it gets taken down.