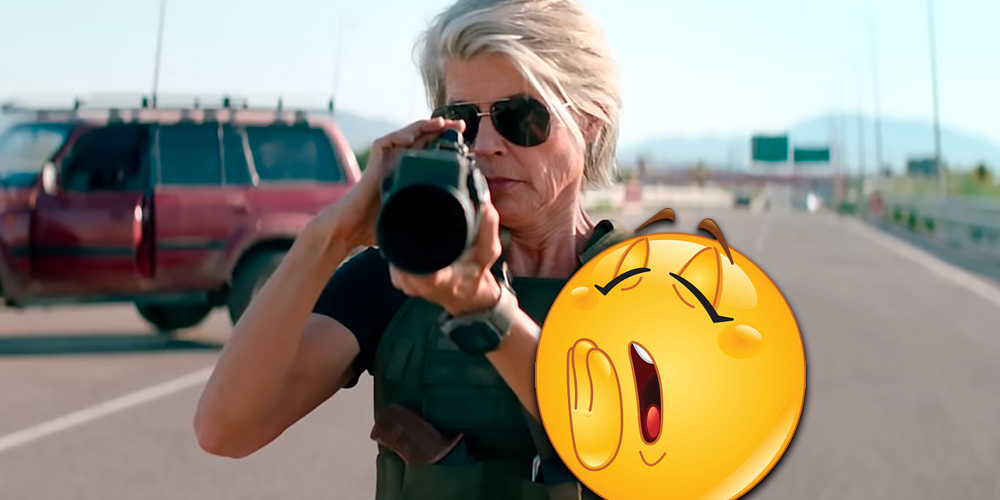 Any Terminator movie with James Cameron’s name on it needs to live up to certain expectations:

Let’s see if this extended feature entitled “Dani’s Mission” lives up to them:

The C-130 finale was something we saw in Spider-Man: Homecoming.

I guess “I kill terminators” might qualify as some kind of attempt at an applause line.

What the hell is with the focus Hispanic audience with the title and the dialogue in the trailer? Is Mexico and South America a huge, make-or-break market now?

This is just unnecessary and rote.

How rote? Just read the logline:

They aren’t even telling you what the movie is about because they don’t need to — it’s the same fucking movie as Terminator 2: Judgement Day!

This Friday, you can get an “exclusive look” at Terminator: Dark Fate in IMAX theatres that are playing Joker.

Otherwise, you can wait until it self-terminates the franchise on November 1, 2019.