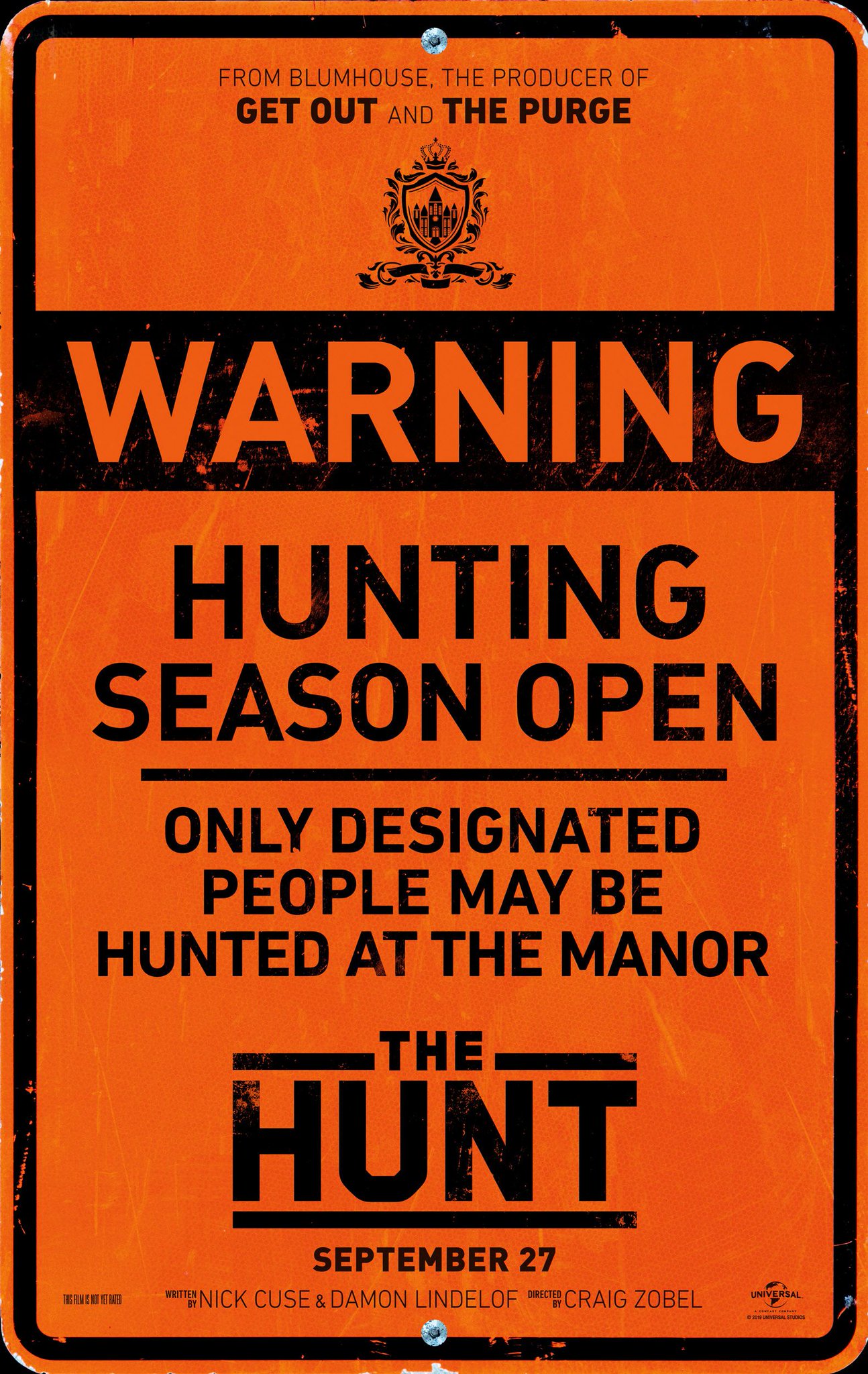 Globalist elites use their limitless wealth and power to, quite literally, get away with murder?  So this is Hilary – The Movie?

Oh, to be part of the 1%, as there are quite a few people I would happily hunt.  Then again, I am a terrible human being.  Seriously kids, don’t ever use me as a role model.

I had better not watch this, in case I get any ideas.

for those of you don’t have latent psychopathic tendencies, from Jason Blum, the producer of Get Out and The Purge series, and Damon Lindelof, co-creator of the TV series The Leftovers and Lost, comes a new thriller.  Copy & Paste from studio blurb ahoy!

In the shadow of a dark internet conspiracy theory, a bunch of elites gathers for the very first time at a remote Manor House to hunt humans for sport. But the elites’ master plan is about to be derailed because one of the hunted, Crystal (Betty Gilpin, GLOW), knows The Hunters’ game better than they do. She turns the tables on the killers, picking them off, one by one, as she makes her way toward the mysterious woman (two-time Oscar® winner Hilary Swank) at the center of it all.

We shared with you the interesting teaser trailer in the form of a faux advertisement a few weeks ago.

The fine people at Universal have brought us the full trailer.  You can see it in all its glory here.

The Hunt is written by Lindelof and his fellow The Leftovers’ collaborator Nick Cuse and is directed by Craig Zobel (Z for Zachariah, The Leftovers). Blum produces for his Blumhouse Productions alongside Lindelof. The film is executive produced by Zobel, Cuse and Steven R. Molen.

Now, will somebody please remake The Beast Must Die?  Please!