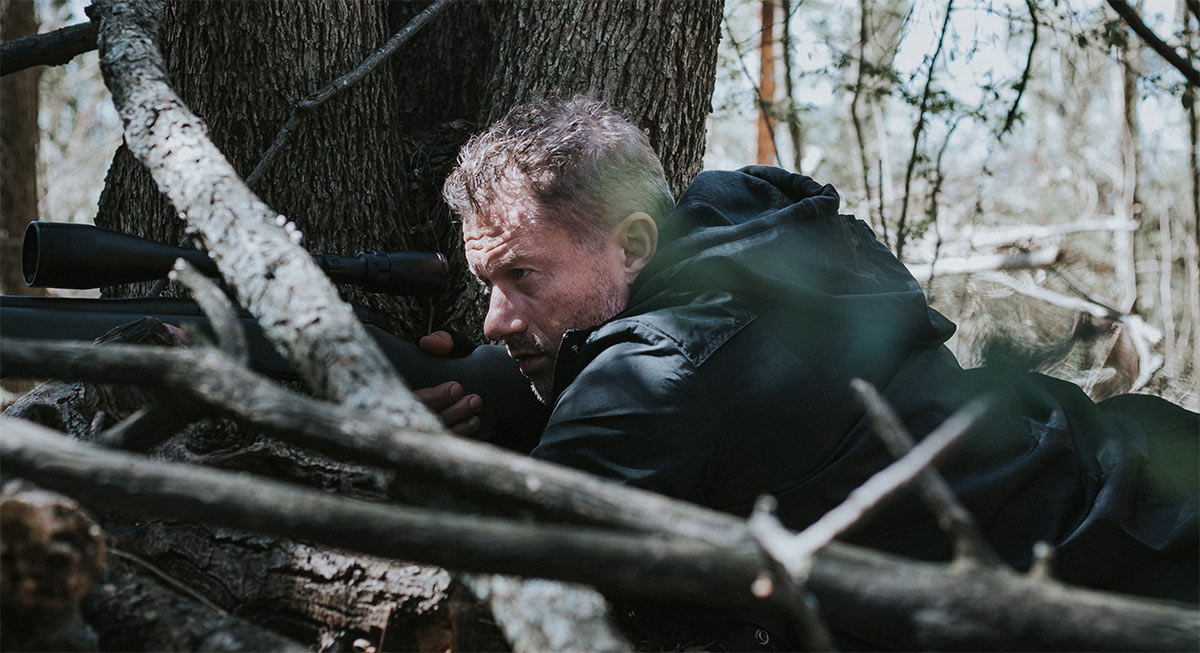 This Is How To Cut A Trailer

Cinestate is at it again. The studio that brought you Zahler’s smashmouth movies Bone Tomahawk and Brawl In Cellblock 99 is back with a film that portrays militia members as something other than racist, knuckle-dragging, cousin-fucking neo-nazis.

It sounds like it’s going to be a mash-up between Rashamon and Reservoir Dogs:

After a mass shooting at a police funeral, reclusive ex-cop Gannon realizes that the killer belongs to the same militia he joined after quitting the force. Knowing the police will be closing in on them, Gannon quarantines his fellow militiamen in a remote lumber mill. There, he sets about a series of grueling interrogations, intent on ferreting out the killer and turning him over to the authorities to prevent further bloodshed.

The trailer itself is full of tension and atmosphere:

The Standoff At Sparrow Creek is from first-time feature writer/director Henry Dunham who’s sole credit is 2014’s short The Awareness, which deals with the moment of singularity.

So far it’s getting decent reviews — given the subject matter — with a 67% and a strangely low 5.5/10 at Rotten Tomatoes. As with Dragged Across Concrete, these reviews are exclusively from movie-centric sites and publications.

Once the movie hits the mainstream, garbage-chute mommy blogs, look for it to be demonized, panned as artistically inept or simply ignored.

The Standoff At Sparrow Creek will allegedly be in theaters on January 18, 2018. I would say very, very limited theaters.

It will also be available for streaming somewhere the same day.

What is the name of the ex-cop militia leader again? Gannon?