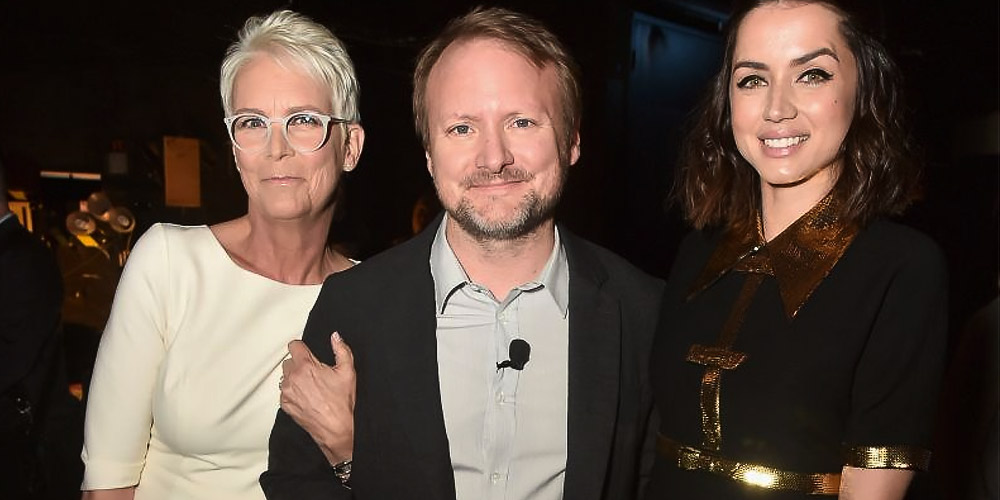 Let’s try to keep our heads but we have to be prepared here, people.

First came the ebullient reviews from the film festival circuit, which put Knives Out on a 98% pedestal with an 8.2 aggregate on Rotten Tomatoes!

Nevermind that we know it’s a total “Orange Man Bad” screed — that alone does not get the aggregate that high.

Yes, there are a lot of bloggers and polemicists out there cheerleading for a movie that reflects their poisonous politics, we’ve all seen this insanity firsthand:

But are the critics from Variety and The Hollywood Reporter going to trash their credibility because this movie gets in a couple of digs on a President they didn’t vote for?

Then, there were those very intricately produced character posters. They were thought out, someone put time and money into them.

Next, Lionsgate gave us this weird contest where some poor son of a bitch who pays an exhaustive amount of attention to the marketing for Knives Out can win $250,000.

Finally, we have these character videos that are — again — a bit much for a movie that only cost $40 million to make.

Linda Drysdale, daughter of world-famous mystery writer, Harlan Thrombey, built Thrombey Real Estate from the ground up Let her help you make a killing in the real estate market.

By The Beard Of The Prophet, Jamie Lee Curtis looks like a turtle out of its shell or some kind of grub worm with that haircut and her pale skin.

It’s a word, but it’s more than a word. It’s a whole new way of being. Come seek an extraordinary existence with Flam, founded by Joni Thrombey.

I’m grateful we are living in the current year so I can talk openly about people presenting as transgender. I think Toni uses to be Tony. Prove me wrong.

Wipe off the makeup, cut the hair, put her in an Imperial Moff’s uniform and that could be the foul-stench dude holding Vader’s leash.

We’re Going To Have To Face Facts

Why are they spending so much money on this thing?

We know they have test audience scores. Do you think they would spend this money if they didn’t have confidence in the product?

Of course not. They would just be releasing more and more clips from the actual fucking movie as Paramount and 20th Century Fox did with their trash.

I’m not even goofing when I say: this might be a good movie.

Rian Johnson might have made a small, personal movie in a genre where subverting expectations is not only routine but celebrated… and people might like it.