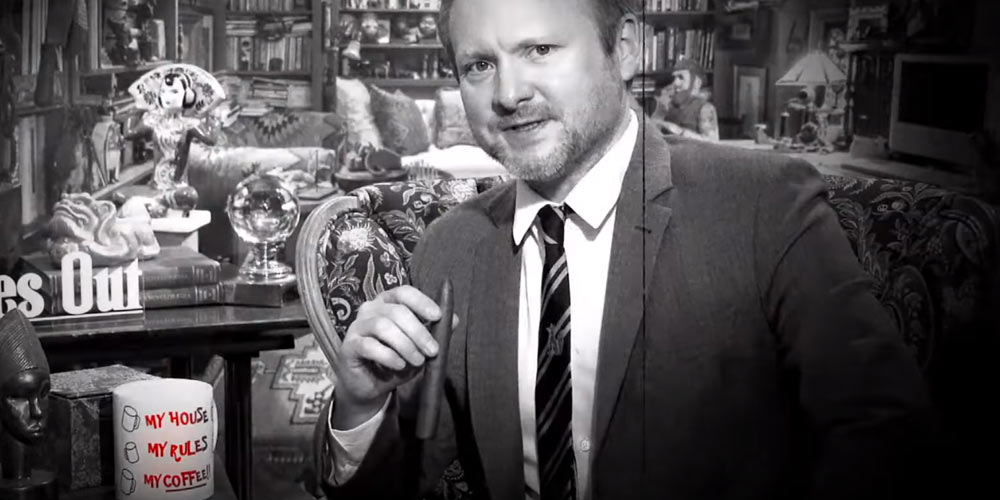 Which Leads Me To A Theory

The theory states that none of the Knives Out trailers, clips, character videos or featurettes have anywhere near the view count of other upcoming movies.

Hold on while I test this hypothesis. 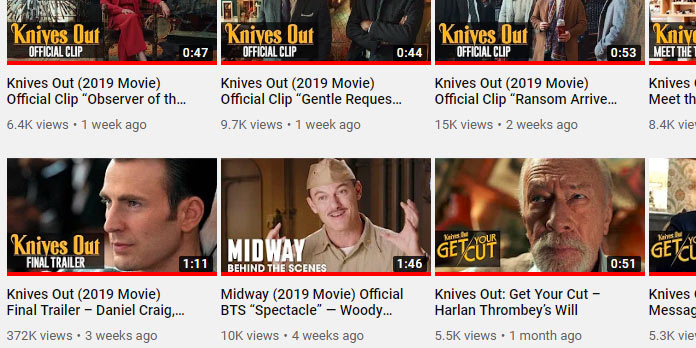 Those are some four-digit view totals. The final trailer has only 372K views. To be fair, the first trailer for Knives Out has 12M views and the second trailer has 6M views but interest has dropped off considerably in the last couple of months.

The only videos to crack six digits in the last six weeks are two TV spots that must have coincided with some talk show circuit promos by the stars.

Compare this to another movie about to be released, 21 Bridges: 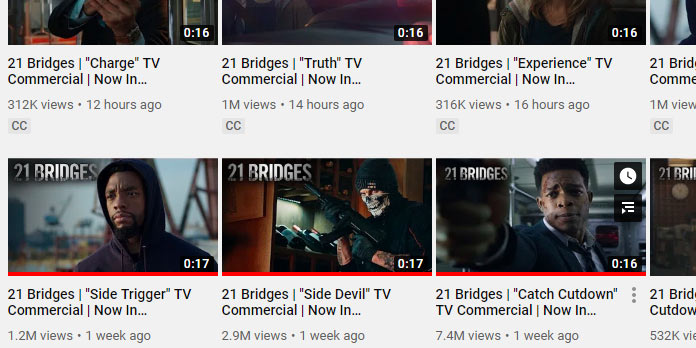 21 Bridges is predicted to make one-quarter to one-half of Knives Out $70 – $105 million projection.

Now, maybe I’m missing something like Chadwick Boseman drawing more online eyes because of Black Panther or view counts being heavily tied to the number shill sites that can be coerced or paid to embed the clips, but maybe…

…Rian Johnson made a murder mystery and nobody came?

After all, he’s making a desperate personal plea for you to show up:

Wait a minute… what is that?

No, that. In the bottom left of the shot?

Yes, I know it’s probably some clue for that goofy Get Your Cut contest.

I don’t care. It’s more basic Becky, internet culture nonsense clumsily designed to relate to dummies who are so fucking boring they have to talk about their coffee.

God, He Makes Me Sick

It’s not just how he still tries to make people’s hatred for his shit Star Wars movie be about them rejecting diversity.

It’s not even his weird speech impediment or his round head.

It’s how he begs. Begs to be liked.