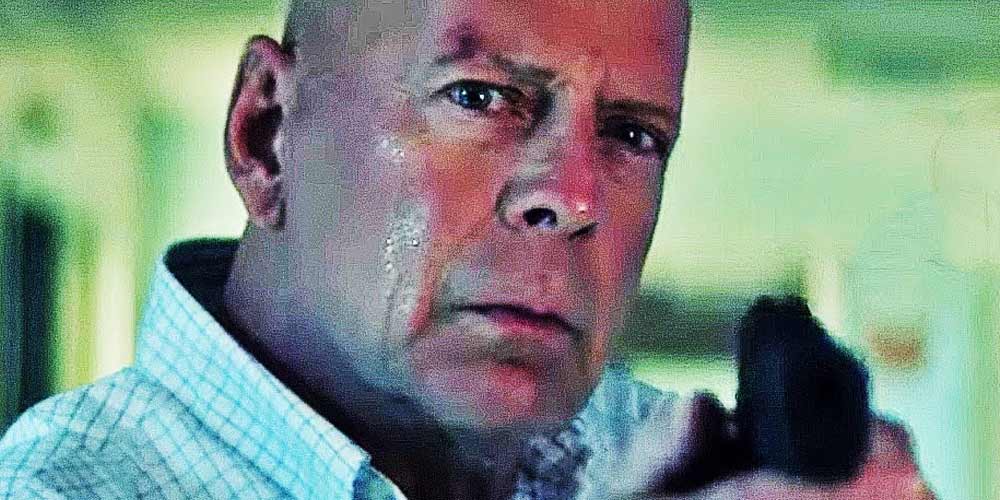 Lots of big surprises coming out online over the next couple of days.

One of the biggest ones seems to be the existence of a new trailer for a Bruce Willis film called Trauma Center which has gone under the radar for two weeks.

Screen legend Bruce Willis plays Lt. Wakes, a vengeful police detective determined to solve the murders of his partner and informant. Wakes joins forces with Madison, a witness injured during the shootings. After the killers pursue Madison across the abandoned floor of a hospital, she confirms Wakes’ worst fears: the two men are actually corrupt vice cops covering up a crime. As Wakes vows revenge, this heart-pounding action-thriller reaches an explosive climax.

As you can tell, this thing is basically Die Hard in a hospital. For some reason it also reminds me of the Next Generation episode “Starship Mine”, which was essentially Die Hard on The Enterprise.

I guess A Good Day To Die Hard was big enough of a disappointment that they felt the need to reboot the franchise like this.

At least they got rid of Jai Courtney.

Maybe what made Willis agree was that they gave him a spunky female sidekick who isn’t too hard on the eyes.

This looks pretty bad though. Bad enough that it’s going to be released on demand the same day it hits what is probably going to be a limited number of theaters in order to fulfill some sort of contractual stipulation.

Seriously, What’s Wrong With This Guy?

Bruce Willis is an odd guy to figure out. He’ll never win an Oscar, but as we’ve seen from him in films like Pulp Fiction and Unbreakable, he’s capable of giving an admirable performance and picking a good script.

He’s a step away from being the next Nic Cage.