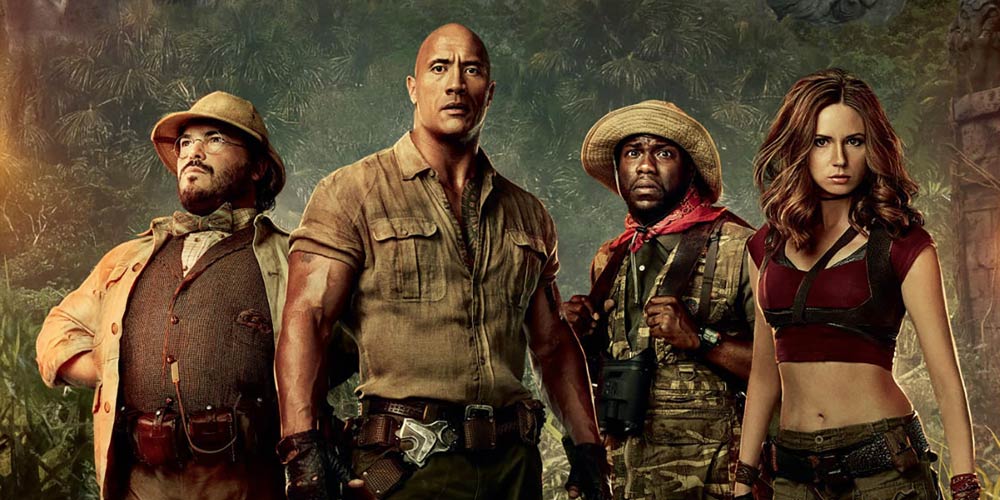 I remember the original Jumanji.

I remember the magic of the 1990s film industry when films like this weren’t based on videogame culture and sensibilities.

I remember playing board games and throwing over the board and getting into arguments with my siblings and secretly wishing that a game like Jumanji would come along and swallow them up.

This is not that thing.

This sequel to Jumanji: Welcome to the Jungle, which grossed $963 million dollars worldwide against a $150 million dollar budget — unbelievably — looks to be even more bloated, silly and basted in videogame culture and sensibilities than the previous “reimagining” was.

Check it out here and tell me I’m wrong:

I remember my kids liking this on Amazon Prime last year on a Saturday night.

I’m Not Going to Watch That Trailer Again

Starring Dwayne “Don’t Call Me ‘The Rock’ Anymore” ‘The Rock’ Johnson, Danny DeVito, Danny Glover, Awkwafina — Really? That’s really her name? — and a bunch of other people including the, now painfully unfunny Kevin Hart, the sequel to the sequel was filmed on a budget of $90 million dollars is tracking to open at around $60-70 million dollars.

This tracking means that there is definitely the fourth—or is it the fifth?—one of these in the pipeline, greenlit by a “desperate-to-save-my-job” Kathleen Kennedy type somewhere.

Well, I guess Jack Black has to get out of his house for half a year to do something.

Cause that two-man band he’s got going isn’t exactly crushing it right now.

Plus, it will open on December 13th, a week before that thing that Disney calls a Star Wars movie against the slasher film Black Christmas and Clint Eastwood’s Richard Jewell.

My one final lament about films like Jumanji and then I’ll move on:

I miss the days of magical, Hollywood productions that were small, featuring actors who were trying really just to act well.

Films with just a touch of CGI, and that weren’t meant t be cultural, political, social commentary blowouts — I guarantee there will be at least one political reference in Jumanji: The Next Level — but were just meant to be fun.

We are now twenty years into the joyless 21st century of cinema, and — other than the MCU films maybe — I can’t wait for the next 80 years to pass to wrap this mess up so we can all turn a fresh page.