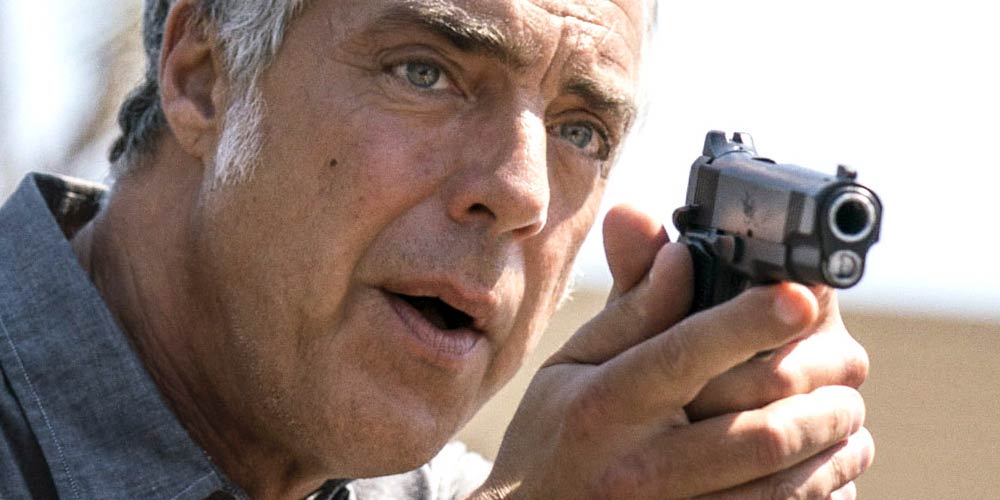 That’s a quote from the trailer. Ah, and I had such high hopes for this show.

Who knows, maybe they can pull it off without hitting the usual soapbox terrorism tropes of white nationalists, xenophobia and racism?

After all, this is a show that has remained decidedly anti-woke through five seasons.

Season 6 will be based mainly on The Overlook and Dark Sacred Night.

The official summary is rather nondescript but I guess we can guess who the “domestic terrorists” are going to be:

When domestic terrorists threaten the fate of Los Angeles, Harry Bosch must save the city in the highest stakes season to date.

The Overlook, which was written in 2007, seems to command most of the storyline.

From the book jacket:

In his first case since he left the LAPD’s Open Unsolved Unit for the prestigious Homicide Special squad, Harry Bosch is called out to investigate a murder that may have chilling consequences for national security.

A doctor with access to a dangerous radioactive substance is found murdered in the trunk of his car. Retracing his steps, Harry learns that a large quantity of radioactive cesium was stolen shortly before the doctor’s death.

With the cesium in unknown hands, Harry fears the murder could be part of a terrorist plot to poison a major American city.

Soon, Bosch is in a race against time, not only against the culprits but also against the Department of Homeland Security and the FBI (in the form of Harry’s one-time lover Rachel Walling), who are convinced that this case is too important for the likes of the LAPD. It is Bosch’s job to prove all of them wrong.

In Any Case… Bosch Is Back

Bosch Season 6, the second to last season on Amazon, will drop April 17th.