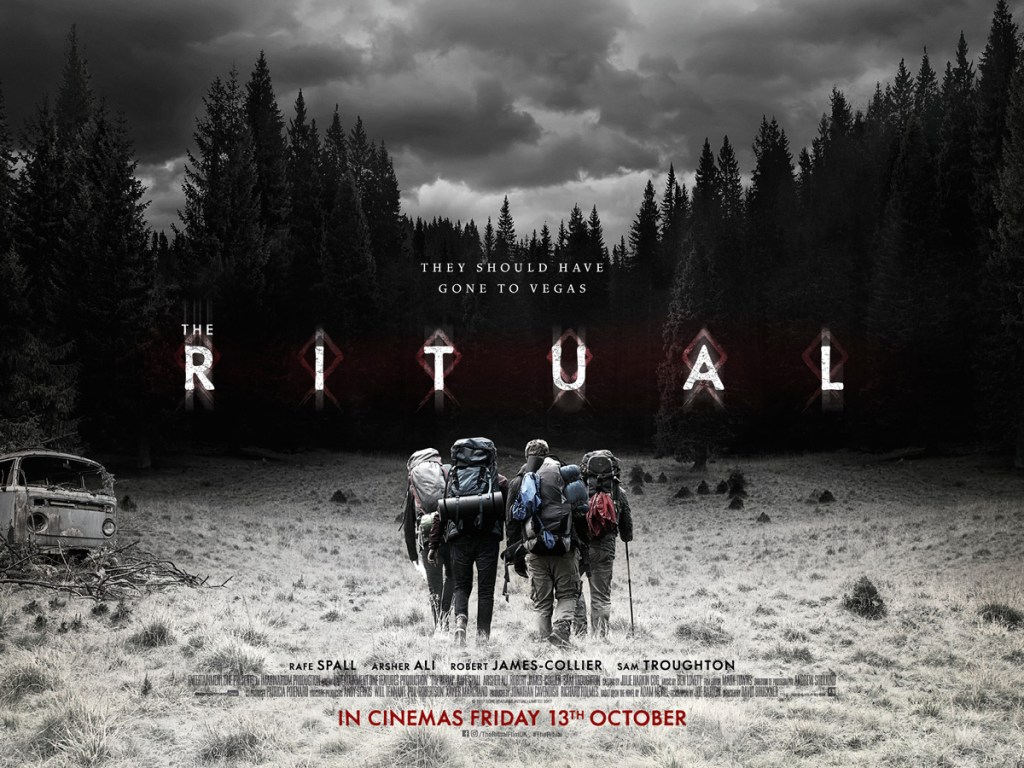 Just A Walk In The Woods

Netflix has released an official trailer for the indie horror film titled The Ritual, which had its premiere at the Toronto Film Festival last year. The film centers on a group of college friends that reunite for a camping trip in the forest, but they encounter a menacing presence in the woods which is stalking them.The cast of The Ritual includes Rafe Spall, Robert James-Collier, Arsher Ali, and Sam Troughton. It features a score by Ben Lovett.

Reuniting after the tragic death of their best mate, four old friends from university set out to hike through the Scandinavian wilderness. But a wrong turn leads them into the dark and mysterious forests of Norse legend, where an ancient evil still exists and stalks them at every turn.

So maybe the concept is not exactly original. Countless films made about campers being stalked in the woods. But Netflix is building quite a solid track record with its original content , and I must admit that this one looks like it might just be worth a watch. Hell, I have a Netflix subscription so why not give it a look see.

The Who The What and The Where

I tried finding out if this was actually shot in Sweden, but the wiki page had no information about the production. Sarek National Park where the group in the film are hiking is a national park in Jokkmokk Municipality, Lapland in northern Sweden.

The Ritual was directed by filmmaker David Bruckner, who previously directed segments in the horror films Southbound, V/H/S, and The Signal.This is his feature film debut. The screenplay was written by Joe Barton, adapted from Adam Nevill’s novel of the same name. The Imaginarium Productions/eOne Films movie was produced by Jonathan Cavendish, Richard Holmes (Eden Lake) and Andy Serkis (Rise of the Planet of the Apes).

The Ritual was sold to Netflix in September of 2017, and will be released on the streaming platform on February 9, 2018. 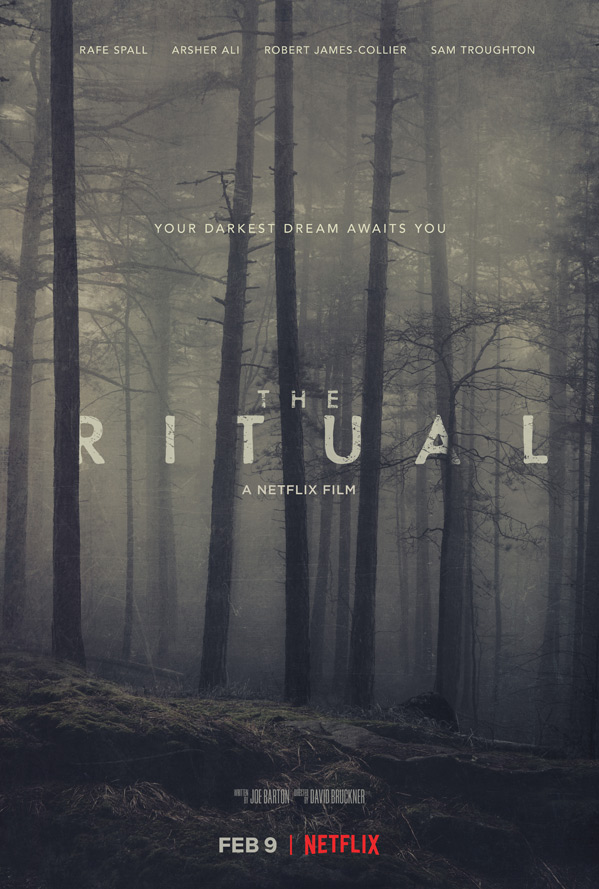 What Are The Critics Saying

Here are some snippets from some of the reviews online:

” …the tone shifts from pure horror to action, which inadvertently lessons the tension rather than heightening it. David Bruckner once again makes a case for himself as one of the more talented, confident horror film directors modern cinema has to offer.” -Edgar Chaput, Sordid Cinema

“By adding powerful drama and empathetic characters to a familiar formula, Bruckner, Barton, and the whole cast, elevate this woods based horror into something memorable. The strong performances enhance the horror in one of the most terrifying films of the year.” -Luke Ryan Baldock, The Hollywood News

BLACK WIDOW Could Be A Go! ScarJo Says “Keeerrching!”

A Film Noir Primer: The Stuff That Dreams Are Made Of