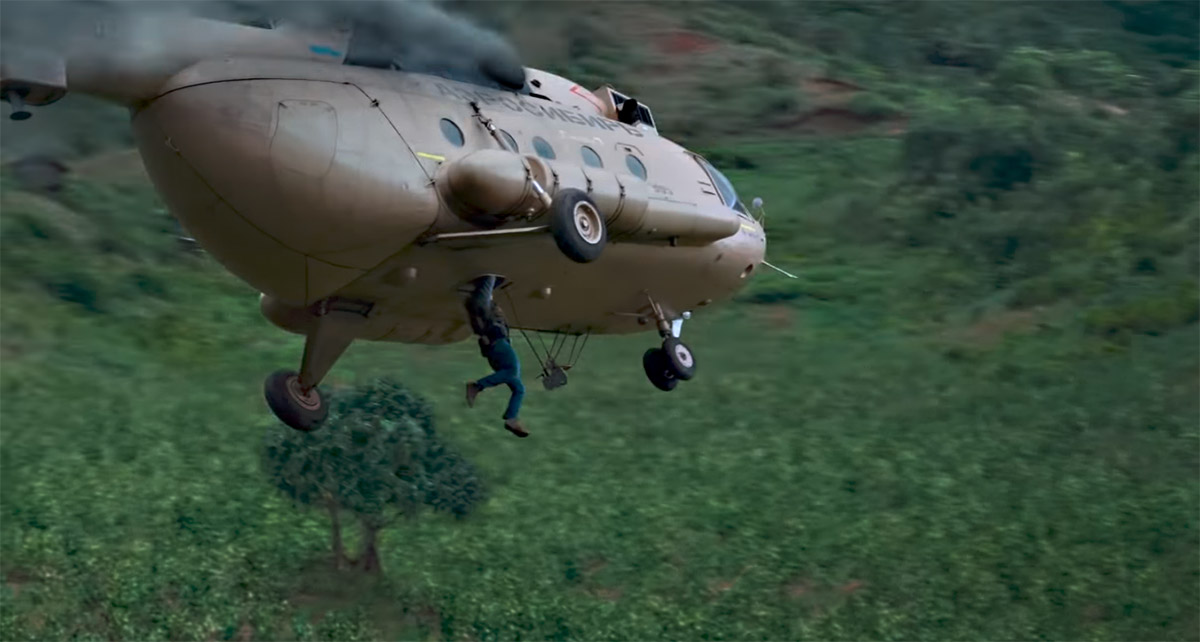 Triple Frontier refers to a lawless territory where the borders of Columbia, Bolivia and some other country meets.

It also refers to a Netflix movie that puts the 5.11 Tactical catalog, faux-macho machinations of Taylor Sheridan to shame.

You got a bunch of heavy-duty, former US black-bag operators  — Ben Affleck, Oscar Issacs, Charlie Hunnam and The Mandalorian — down on their luck, just trying to feed their families or send their kids to private school or something.

So instead of taking a mid-six-figure contract with Academi to guard some local officials in Ramadi or assassinate terrorists in Yemen, they decides to robs drug dealers.

Because… well… you know…

But Don’t Let Me Ruin It For You…

From the official synopsis:

Five former Special Forces operatives reunite to plan a heist in a sparsely populated multi-border zone of South America. For the first time in their prestigious careers these unsung heroes undertake this dangerous mission for self instead of country. But when events take an unexpected turn and threaten to spiral out of control, their skills, their loyalties and their morals are pushed to a breaking point in an epic battle for survival.

“Their morals?” Didn’t they already break their morals when they decide to rob?

Whatever. Check out the trailer:

Yeah, there isn’t one interesting scene or line of dialogue in the trailer. It seems flat.

Which is bizarre because it’s written by Mark Boal who wrote the decent Hurt Locker (3/5) and the utterly amazing Zero Dark Thirty (5/5).

Maybe it’s just a lot harder to create drama and interesting characters when you don’t have the CIA and DOD feeding you classified information to flesh out the script?

Or maybe J.C. Chandor, the director behind the peak-boredom of A Most Violent Year (1.5/5), sucked all the life out of the script.

But that also makes no sense because he also both wrote and directed the intriguing, inside-Wall Street piece Margin Call (3/5), which managed to get great dialogue and tension out of what could have been a pedestrian movie about the 2007 Financial Crisis.

So, who knows? Maybe the trailer is just bad.

Or maybe Netflix just kills creativity and originality with their algorithm.

Triple Frontier fast-ropes into select theaters and Netflix next March.