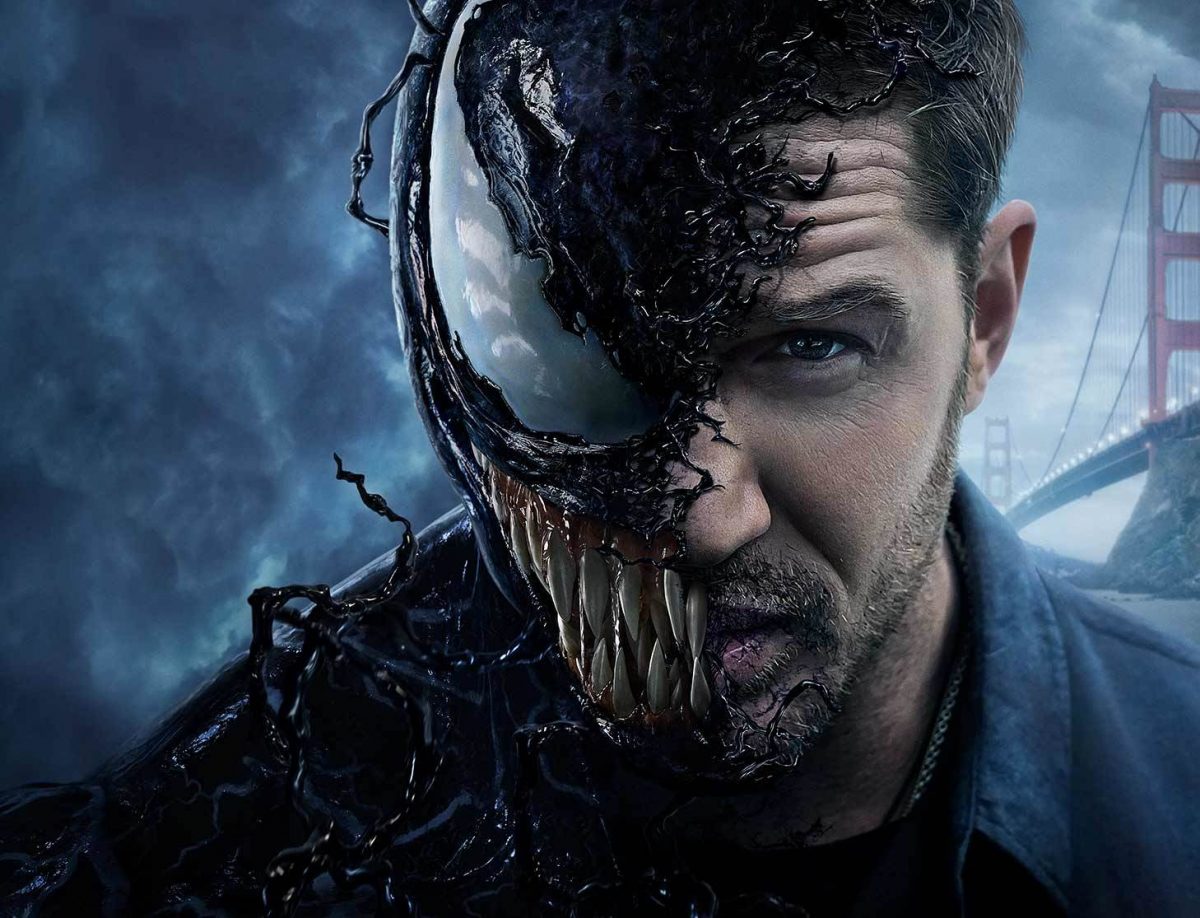 New International Poster For Venom (And It Looks Good)

Venom, the first entry in Sony’s Universe of Marvel Characters, is less than a month away from its premiere, and if you weren’t already won over by the symbiote’s toothy grin, then this latest poster designed exclusively for IMAX is sure to help:

The poster features Venom in the background with Tom Hardy’s Eddie Brock, Riz Ahmed’s Dr. Carlton Drake and Michelle Williams’s Anne Weying at the foreground along with a spaceship to the left and additional footage from the movie.

Venom is gearing up for a big box office debut. Some analysts are positioning it to launch with a $60M+ debut, to beat the October record set by Gravity. Some fans are extremely disappointed that Venom is arriving in theaters with a PG-13 rating.

Many believed it would launch Sony’s first R rated superhero franchise. But that’s not the case. While the studio promises that Venom will push the boundaries of what a PG-13 movie can be, Sony wants to leave room open for a Spider-Man appearance somewhere down the line, and that can’t happen in an R rated flick.

Venom will still be very violent. And the promises of Venom biting bad guys’ heads off, and eating all of their organs, seems to still be intact. We just won’t get the full on brunt of the bad business this guy can deliver. Perhaps there will be an unrated Blu-ray release at some point, but that’s not been confirmed or denied just yet.

What do you think of Venom’s latest poster? Let us know your thoughts down in the comments below.