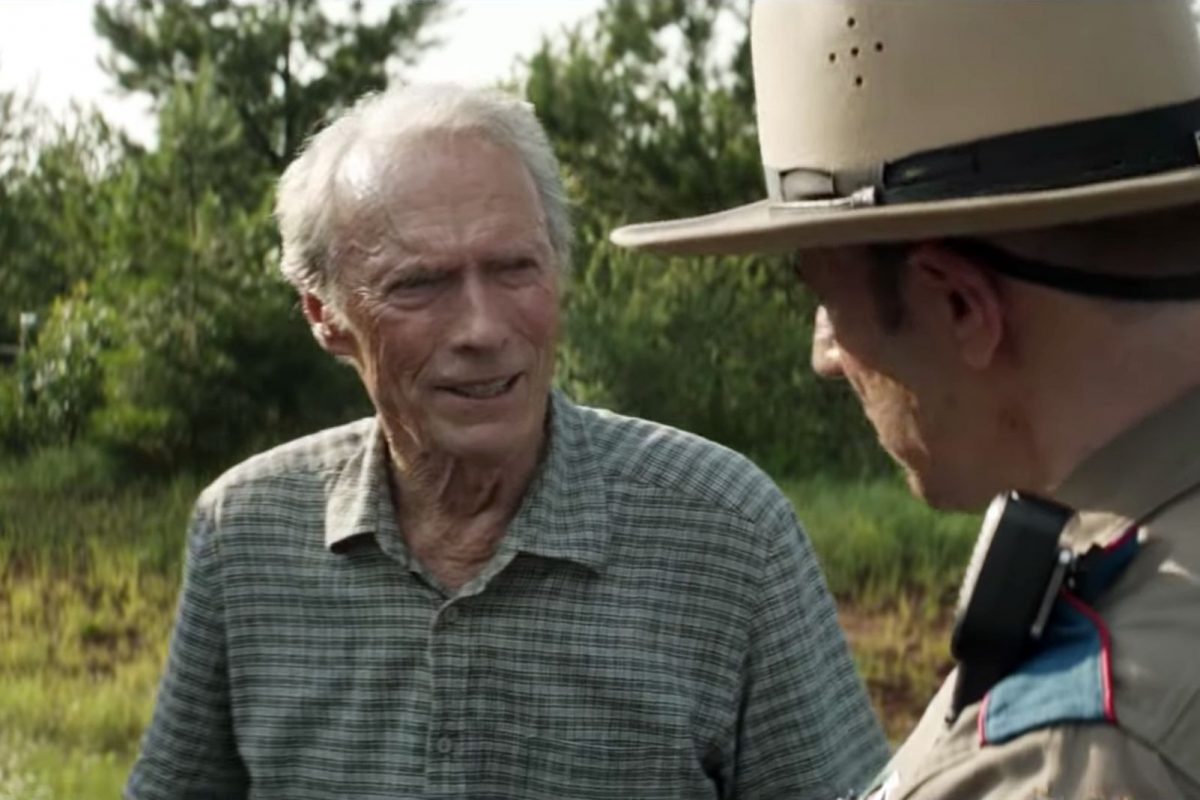 Clint Eastwood is 86 years old. And directing movies. Not small, little personal films that no one will ever see but big-budget Hollywood movies, working with A-list talent.

He started directing movies at age 39 with Play Misty For Me and has averaged about a movie every one year and four months since 1971. In addition to starring in 38 movies.

Think about that. It’s astounding. I can’t even muster the pride and willpower to grade my kids’ essays.

While he will probably never have another run like 2003’s Mystic River thru 2009’s Grand Torino he still manages to put together professional, serviceable movies that, more often than not, draw critical acclaim as well as an audience.

But his newest picture, The Mule, seem to suffer from what has dragged down his last few movies. There is no “other level” going on in the movies.

For example, take Sully. A fine movie with some emotional moments but it’s essentially a very straightforward telling of the aftermath of an airplane crash. The material was covered better in 2012’s Flight because it was about an airplane crash plus the pilot’s alcoholism.

Same with American Sniper, The 15:17 to Paris, Jersey Boys, etc.

They are just about one thing. They need that plus to push them to another level.

From the official summary of The Mule:

A 90-year-old horticulturist and WWII veteran is caught transporting $3 million worth of cocaine through Michigan for a Mexican drug cartel.

One thing. Regardless, quality actors are lining up to get a chance to work with Clint before he drifts to that final plane. The cast includes: