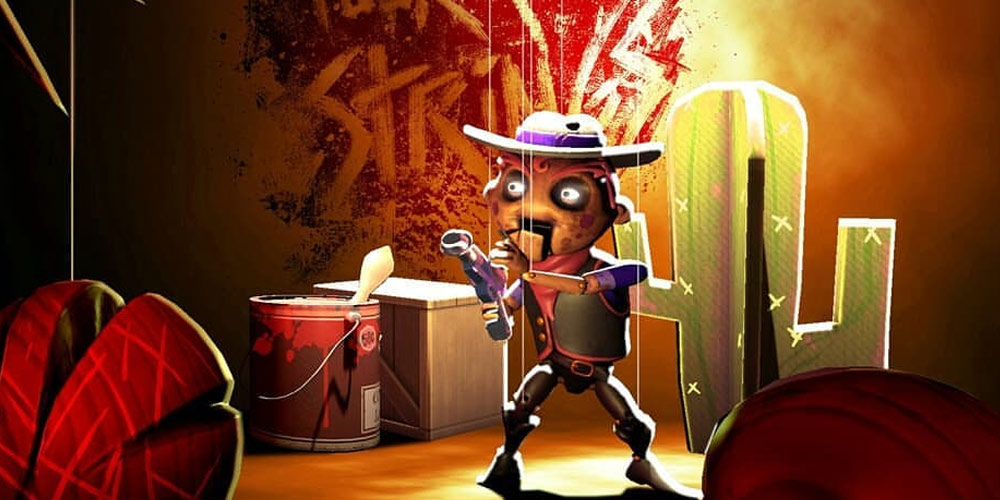 After a slight delay, the amazing looking Showdown Bandit has a release date!

They announced it with this song:

That is amazing! I love it! I am so excited about this game!

Once there was a popular Puppet show called Showdown Bandit. It had a live audience and ran on TV. Then one day, it was shut down and the poor puppets and the sets were abandoned.

Now, the Showdown Bandit awakens. And the studio is not the happy place it once was.

Don’t look up! Watch your strings!

This shows the gameplay:

I love Bendy and The Ink Machine!

The people at Kindly Beast are wonderful and super talented and make such unique games.

I am super excited!

The platforms it will be on is PC and Mac OS.