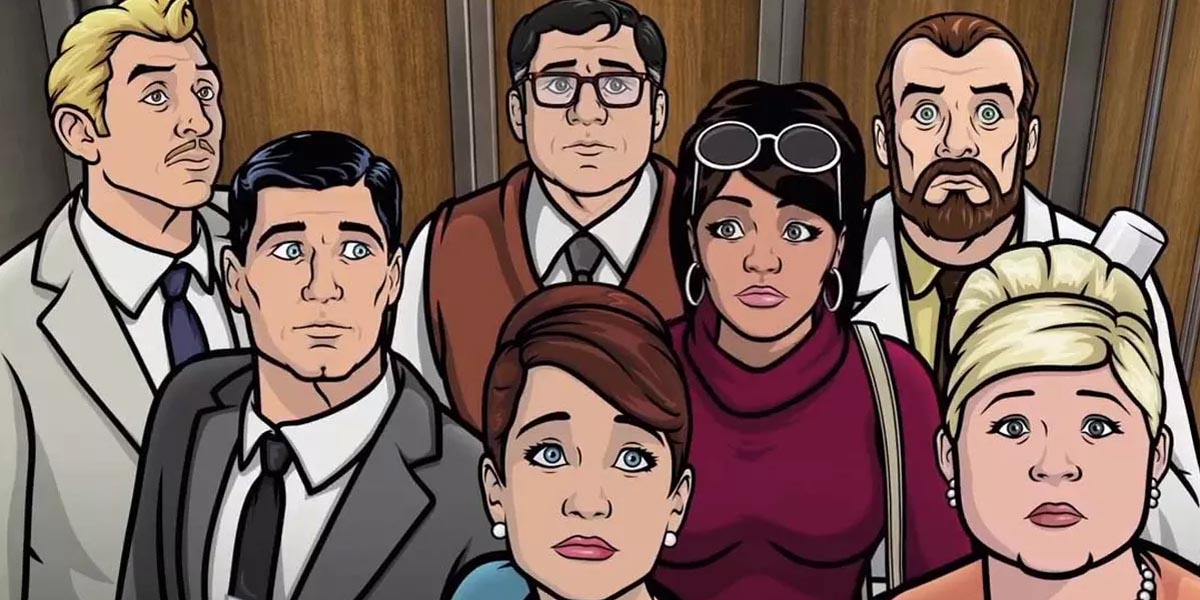 Archer, sarcastic animated secret agent, is heading into outer space in Season 10 for FX according to the cast and creative team at Comic-Con.

In what may be his last season, Archer heads to the future where we are promised

as Aisha Tyler, voice and inspiration for the character of Lana Kane, puts it.

The provisionally titled Archer 1999 is a tongue-in-cheek reference to the classic series, Space: 1999.  The eight episode series follows the intergalactic teasers at the end of Season 9, Archer Danger Island.

Executive Producer Matt Thompson confirmed that the series will be set in the distant future, adding:

Archer Danger Island was a small scale character driven series, and Thompson stated that the team wanted to continue that theme in Archer 1999. “We wanted to get out of our last season, which was like really dire and dark and very film noir, and just do silly make ‘em ups on an island. And what we love is the cast, so we wanted to trap them on an island and just have them talk to each other,” continuing. “Next season [Season 10] is similar in the fact that they are all kind of cloistered together, but they’re going to be cloistered together on a spaceship.”

Aisha Tyler states Archer 1999 will have, “Both of the kinds of futuristic sex, the laser sex and robot sex. In the future those are the kinds you’ll be having, is laser and robot.”

I’m looking forward to the series.