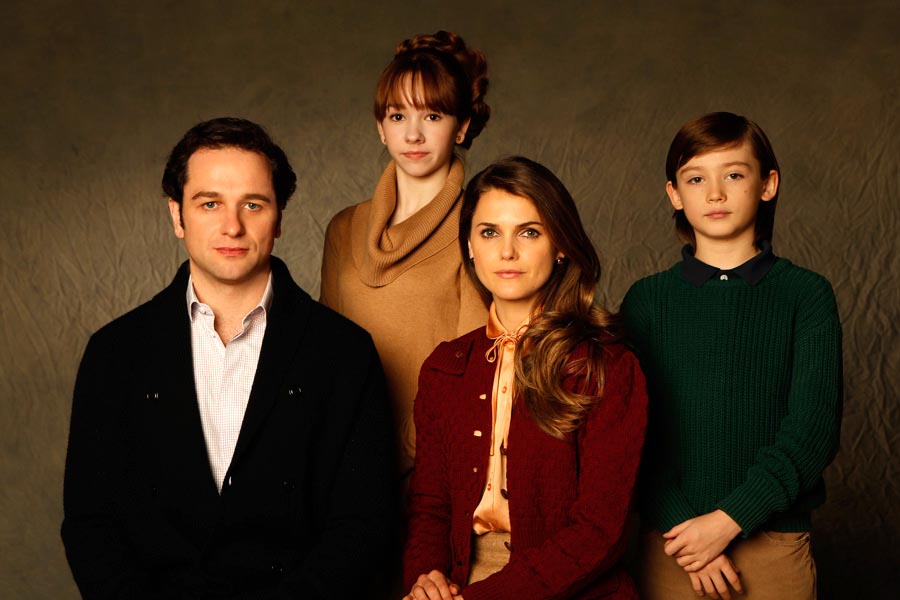 To Binge Or Not To Binge

I don’t know about you, but I love finding something new to binge watch. A new show (or at least, new to me) that after the first episode or two I’m absolutely hooked, and can’t wait to watch the next one.

At the moment, that show for me is The Americans, an FX Original that I’m in the process of binge-watching on Amazon Prime ahead of the completion of their sixth and final season.

I had heard on multiple occasions that it was a great show and, after having plowed through three-and-a-half seasons, I have to agree.

But I’m glad I waited.

It’s often only by chain-watching episodes that you can really see how solid (or how flawed) the overall story and character arcs are, and it’s often the only way you can appreciate the overall scale and quality of a show—by rapidly ingesting every episode, one after the other.

While I don’t have a checklist for what I’m going to love or want to see in a given show, if I did, The American’s would check every box. The plotting is solid, the casting is great, the performances are excellent, the action is believable, and as a period piece (starting in 1981), it is perfectly grounded within the era it is set.

The cars are consistently and authentically of the era, and almost every shot features a thing you aren’t likely to see in the present era: a pay phone.  They have a good grasp on the technology of the time, and every bug or other piece of technology seems authentic.

The Cast of The Americans Is Excellent

Keri Russell and Matthew Rhys play Phillip and Elizabeth Jennings, and are excellent as the epynomous “Americans” of the show, Soviet spies in deep cover, living and working as American citizens in 1980s America.

Also, it doesn’t hurt that I’m watching Felicity kill people and talk about her devotion to Mother Russia. While I was not familiar with Matthew Rhys before watching The Americans, I am now, and he does good very good work here, although, I must confess, some of his disguises are less than convincing.

Keidrich Sellati does good work in his smaller part as Henry Jennings, Phillip and Elizabeth’s clueless son—the character I actually most identify with, as I could entirely see myself having very active Soviet spies as parents and being entirely clueless.Holly Taylor does very good work in the much larger role of Paige Jennings, their much-less-clueless daughter.

Alison Wright is great as the duped secretary who has been tricked into spying for the Soviets, and Noah Emmerich is solid if unremarkable as Stan Beeman, the FBI agent that moves across the street in the pilot episode.

Frank Langella and Margo Martindale both do stellar work as Elizabeth’s and Phillip’s handlers, and I absolutely fell in love with Richard Thomas—John Boy!—as Frank Gadd, Stan Beeman’s boss at the FBI.

Then there are the real Russians. One of the things that I love about the shows, and helps ground it, is the number of Russian-speaking actors featured on the show and their performances.

Annet Mahendru is excellent as Nina Krilova, who seduces three significant characters over the course of her arc and ends up playing both sides of the fence.

Lev Gorn is great as Arkady Zotov, the deputy and then head of the Rezidentura, and Costa Ronin does very good work as Oleg Burov, the most glasnost-y character on the show. Though you should be warned—and not insignificant portion of the show is in Russian, and you have to read the subtitles to keep up.

If The Russians Love Their Children Too

The show does a great job of capturing the Reagan-era cold war. Although Phillip and Elizabeth live more active lives as embedded Soviet spies than real spies ever could, there is still an air of authenticity on the show. The show-runners know the era they are covering, and it shows.

There’s an episode dealing with the mediocre TV-movie, The Day After, a polemic against nuclear war that garnered far too much attention when it aired as being “important” and “timely”. In pillow talk, to KGB agents at the Rezidentura talk about the false-positive in their new missile detection system experienced by the Soviets that almost had them launching a nuclear strike against the US.

They cover the Reagan shooting and the Soviet concern that both they would be blamed, and that it represented a military coup led by Alexander Haig, and only Phillip Jennings was Americanized enough to get that a military coup was not in progress, and everything would pretty much blow over, given time.

This show does some of the best work I’ve seen in taking real events of the day and integrating them believably and effectively into the plot of the shows.

You experience all the characters and agencies involved in their own context and from their own perspective. You want things to turn out well for everybody. You want the Russians and the Americans to win. You simultaneously don’t want Phillip and Elizabeth to be caught, and you want the FBI to catch some Soviet spies.

All the characters have positive and appealing aspects as well as very human flaws. I’ve ended up liking almost everybody, and sometimes I’m a little sad that they have to work against each other all the time.

The Spies Who Loved Each Other

I’ve also found the strange love story between Elizabeth and Phillip extremely compelling. As deeply embedded, Soviet Directorate S spies, their marriage was arranged as part of their cover. As part of their job, they routinely sleep with other people, become emotionally intimate with other people, and Phillip even gets married to another woman (with, of course, the full knowledge of his real wife) while doing his job.

This can necessarily lead to difficult situations in their marriage, where they have grown to love each other even though there is often a great deal of stress on their marriage.

I find myself consistently engaged in the primary love story, and rooting season after season for Elizabeth and Phillip to work things out, and maybe even get to a point they can focus on being partners and parents. Rather than arrested and imprisoned for treason.

While I love finding shows late in their production run and then binging the seasons currently available online, there is a problem with this strategy: you eventually catch up. Soon I’ll be caught up to the current episodes, and I’ll have to wait a week (or longer if there’s a break!) between each episode.

Nothing kills the momentum like having to wait a whole week before you can watch the next episode! I’m soon going to be to that point with The Americans, and I dread it.

Wow, Look At All The Pay Phones

One last note: It’s fascinating to see all the pay phones in the show. Whoever is doing the set-dressing on that show really gets that right. They are constantly using pay phones, of course, but even when they aren’t you see them everywhere in the background, just as you might have back in the early 1980s. And I had forgotten what a wide variety of pay phones, and the weird locations you might run into them, back in the early ‘80s.

If they gave Emmys for “Best Use of Pay Phones In A Television Drama”, The Americans would definitely win it.

If you like great television, if you like spy dramas, or you want to relive the 80s in a way movies like Ready Player One or Hot Tub Time Machine never can, The Americans comes highly recommended.

Seasons 1-5 of The Americans are available to binge watch now on Amazon Prime. The 6th and final season of the The Americans starts Wednesday, March 28th, on FX. 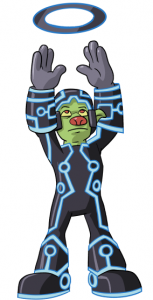